CPEC Crown Yet To Shine, Reveals An Official Assessment 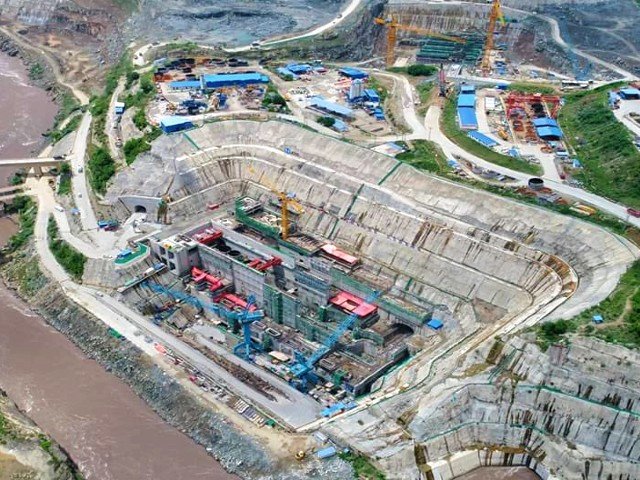 ISLAMABAD:The development of Gwadar and its free zone is marred by a host of obstacles and the centre-piece of China-Pakistan Economic Corridor has yet to show even its first glimmer of the promised industrial hub – reveals findings of an official report.

The report – commissioned by the Cabinet Committee on the CPEC –has recommended revisiting the Port Concessions Agreement with Chinese operators aimed at addressing some of the major obstacles to the development of Gwadar.

Gwadar is also described as the crown of the CPEC.

“Long being marketed as the center-piece of the CPEC, Gwadar has yet to reach the heights of expected industrial development that can serve as catalyst for domestic and foreign investment,” said the official assessment by the Board of Investment.

The Gwadar “has yet to even show its first glimmer of the promised industrial hub that can serve as a catalyst for domestic and foreign investment”, revealed the findings of the report.

The assessment also showed that although Pakistan had extended a lucrative incentive package, the lack of investment interest in Gwadar Free Zone was “inexplicable”.

The report had also been submitted to the Prime Minister’s Office in June this year along with a set of recommendations to correct the wrongdoings.

The key recommendation of the report is that the government should revise the Concession Agreement with China but the Prime Minister Office did not agree to it due to its overarching implications for Pak-China economic relations.

The development of Gwadar Free Zone relies heavily on its Concessions Agreement which does not envisage any role for the federal entities that have been mandated with economic and investment policy making, according to the report.

It added the exclusion of federal stakeholders, which are in a position to regulate and expedite the development of this zone, and provision of authority solely to the Gwadar Port Authority to act on behalf of the federal government has made the Concessions Agreement limited in its scope and applicability.

In November 2015, the China Overseas Port Holdings Company Limited (COPHCL) finalised a new 40-year lease of the Gwadar Port. Under the agreement, the port operators get 91% of port revenue and 9% goes to the federal government.

The lower than expected progress on the Gwadar Port and its Free Zone has raised many questions given the fact that it was the top priority of Prime Minister Imran Khan and Chief of Army Staff General Qamar Bajwa.

The Chinese operators of the Gwadar port – the China Overseas Ports Holding Company Pakistan Limited (COPHC) had recently made a presentation on the prospects of the Gwadar port and its marketing plan to the CPEC cabinet committee, which too was below the cabinet body’s expectations.

The work on the construction of the 2,281 acres tax-free industrial, logistics, warehousing and export zone commenced in June 2016.

The BOI report showed that at the time of its findings, 44 Chinese and Pakistani companies had registered in Gwadar Free Zone. Out of these only five Chinese origin firms were operational.
The findings revealed that no study had been carried out to analyse the development of Gwadar in the presence of Chahbhar port of Iran despite the fact that the Gwadar has been under development since 2013.

In February this year, the Cabinet Committee on the CPEC had directed the Board of Investment (BOI) to present an independent assessment of investment potential of Gwadar Free Zone along with recommendations to unlock the potential. The report has been prepared on the basis of field visit by the BOI team in April this year.

Without finalisation of Gwadar Free Zone regulations, companies are being permitted to set up their businesses that may create legal complications at the later stage, according to the BOI report.

Nearby the Gwadar port, the obstacles to infrastructure development include inadequacy of transportation, poor power and water supply, difficulty in securing permits and support from local government, persistent terrorist attacks on projects and personnel, and difficulty securing capital given those risks and continued non-performance of the port itself.

Outside the zone, the other industrial projects in Gwadar district are not only marred with the infrastructural problems but are also facing other obstacles owing to lack of regulatory oversight and incapacities of the departments involved, it stated.

The major impediments to investment and industrialisation of Gwadar uncovered by the BOI were problems with the incentive package and regulatory oversight issues in Gwadar Free Zone, the security situation, infrastructural impediments, lack of clarity and industrial development under new master plan, issues in Gwadar Industrial Estate and dis-coordinated efforts at the federal level.

There were also limitations with regard to the third party participation despite the fact both China and Pakistan have been advocating participation of the third countries in the CPEC.

“After having interacted with relevant stakeholders of Gwadar Overseas Port Handling Company Limited (COPHCL), GPA & GDA and thoroughly reviewing the current progress of Gwadar Port development, Colonisation plan of Gwadar free Zones, various under construction Projects etc, CPEC Authority has developed firm plans to coordinate with all such stakeholders along with the involvement of GoB, Pakistan Army and Navy and monitor the actual progress regularly against plans to achieve noticeable accomplishment of execution expeditiously,” said Khalid Mansoor, Special Assistant to PM on CPEC Affairs.

“My first priority is to expeditiously develop the business and marketing plan for Gwadar port and free zones and roll it out with actionable steps to exploit Gwadar deep sea port potential, attract investment of key Chinese Companies in variety of sectors as per the country’s requirement to achieve much needed industrialisation for achieving import substitution and export-oriented relocation of industries from east China to Gwadar and populate both south and north free zones. Such strategy will also yield huge employment opportunities, Insha Allah,” he added.

The SAPM said he was working on the objectives closely with COPHCL and Embassy of China in addition to progressing all the sectoral initiatives mutually signed off in recently concluded JCC Meeting.

The BOI said that in order to remove these impediments and give way to an industrialised Gwadar, some major policy reforms were required at the federal, provincial and local government levels.
The BOI recommended that the federal government should have a role to realise full Gwadar potential after the Gwadar Port Authority remained unable to resolve the bottlenecks.

The BOI also proposed to have uniformity in policies regarding foreign company, branch and liaison offices for registration terming the visa critical.

The report noted that the information available in the investment guide published by the COPHCL relating to registration of branch and liaison offices of foreign companies is misleading and incomplete.

There was also a need to complete the under process transport infrastructure to connect Gwadar with major markets and cities.

The findings showed that company registration through SECP was a lengthy process owing to the security clearance by the Ministry of Interior and other prescribed requirements.

The Gwadar Association of Retailers also contradicted the Gwadar Development Authority claim of having a one-window in place for permits and NOCs and said it takes three to six months to get NOCs.

The deviations from Pakistan’s investment policies were also found and the restricted businesses in the Gwadar Free Zone are not clearly stated.

Another major concern cited by the management of Gwadar Free Zone was that the Chinese investors were facing difficulties in the opening of foreign currency accounts due to which the double currency conversion devalues the RMB originating from China, according to the report.

Till date, Gwadar has not been connected to the national grid of power, which is another hurdle in the way of industrialisation.

Gwadar is majorly being developed as a trade corridor rather than an economic corridor, said the BOI.