CPEC and its (de)stabilising effect on Pakistan 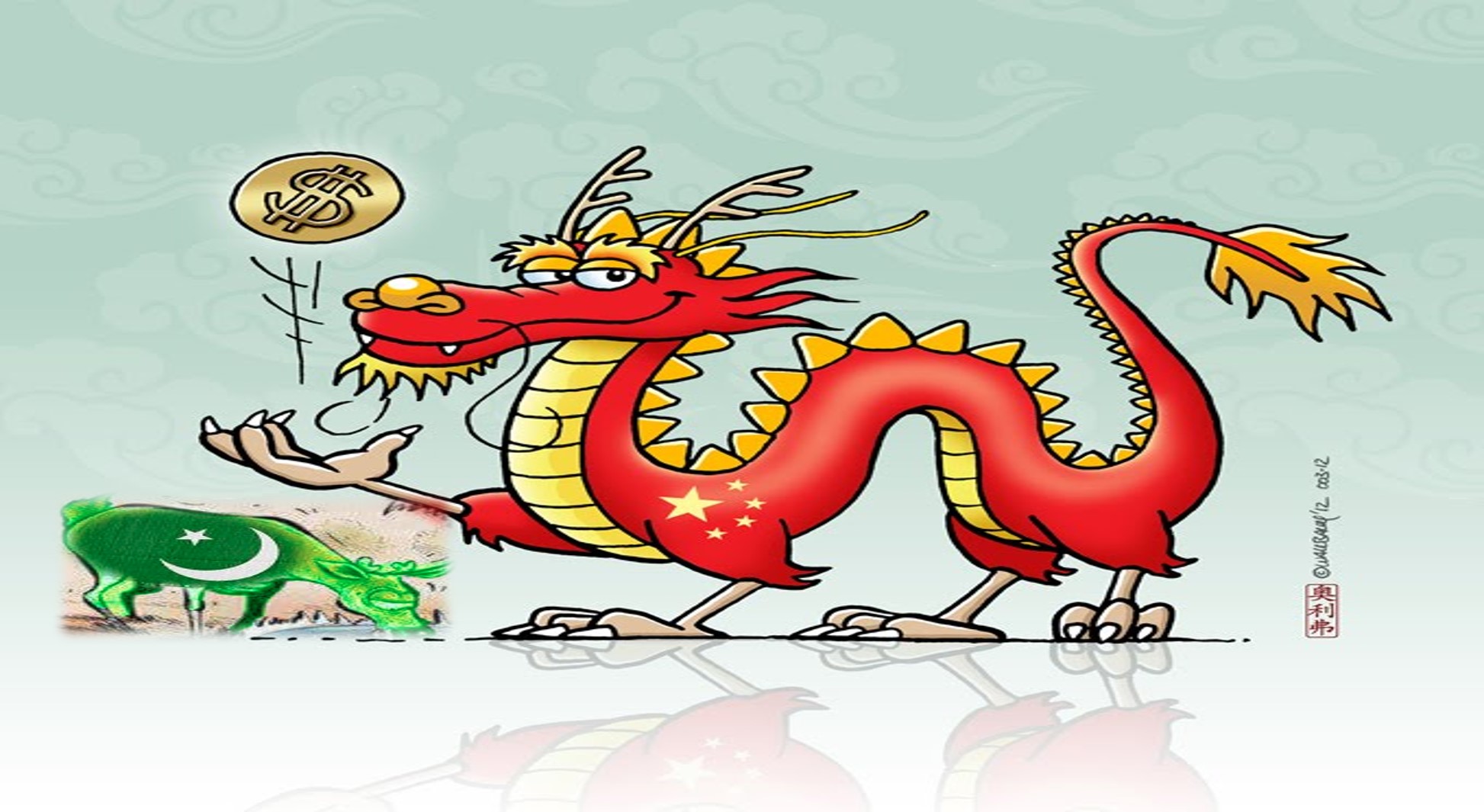 As a showcase of perennial support for its ‘iron brother’, Pakistan Prime Minister (PM) Imran Khan attended the opening ceremony of the Winter Olympics in Beijing. But his visit came at a time when Islamabad finds itself enmeshed in a quagmire of issues ranging from an economic crisis to threats to its sovereignty. PM Khan’s visit was, in part, also motivated by the urgent need to boost Pakistan’s depleting foreign exchange reserves through an additional loan of US $3 billion and seeking Chinese investment in six industrial sectors.

Once a staunch critic of the China-Pakistan Economic Corridor (CPEC), Khan also promoted the mega-project commending President Xi’s visionary Belt and Road Initiative (BRI). He underscored that the flagship project of CPEC has significantly contributed to Pakistan’s economic and social development. In light of western criticism of the project and an ebb in Sino-Pakistani relations, the statement was meant as a reassurance to Beijing about Islamabad’s commitment to CPEC and its implementation.

But the politics and economics of CPEC are increasingly getting linked to the security challenges that are becoming a major hurdle for the ‘game changer’. The complexity of this challenge will only increase with Afghanistan being incorporated in the grandiose scheme of connecting South Asia, Central Asia, and the Middle East. While Beijing can pump as much money as it wants into the region, its plans will come a cropper if security remains elusive. China’s interest in Afghanistan as a money-spinning venture—gold, copper, and rare earth deposits—may be overplayed, but its concerns about the stability of Afghanistan are not. But is China ready to take up the responsibility for ensuring stability and security in Afghanistan?

Even in Pakistan, the impact of CPEC has been somewhat counter-intuitive, at least in the restive province of Balochistan. Despite the promises of connectivity and development of the entire nation, CPEC projects have become a target for separatists and terrorist groups as it has not been able to address deep-rooted provincial tensions. These tensions are partly manifested in the CPEC route controversy. The apprehensions of the regional elites and locals materialised as the Centre gave preference to the eastern route through Punjab, largely bypassing Balochistan and Khyber Pakhtunkhwa.

Baloch grievances emanate from a history of underdevelopment and exploitation of the province’s resources. However, the recent wave of insurgency is rallied by the massive development projects undertaken by the Central government under CPEC, especially in Gwadar, which have excluded the local population. This has only fuelled the resentment and made CPEC very controversial amongst the nationalist circles in the province.

Growing resistance to Chinese investments and Pakistani control by the Baloch Liberation Army (BLA) recently led to a flurry of attacks on Pakistani security forces. On 25 January, they assailed an outpost in Balochistan’s Kech district near Gwadar Port, leaving 10 paramilitary troopers dead and three wounded. This was followed by simultaneous attacks on two Frontier Corps camps in Noshki and Panjgur. After the attacks, the BLA’s statement read “We also once again warn the Chinese to refrain from aiding Pakistan in looting Baloch resources and occupying our motherland, or else their interests will become our targets.”

These ‘unprecedented’ forays have added to Islamabad’s stresses. BLA’s growing capability is linked to operational assistance from the Pakistani Taliban. Pakistani officials claimed that the attacks were aimed at sabotaging Khan’s visit to Beijing and adding to Chinese doubts about the security conditions in Pakistan. Islamabad on its western front also faces strained relations with Tehran over cross-border terrorism. The border serves as a support base for the BLA. Increasing ties between terrorist factions have only added to the growing doubts about Islamabad’s capability and capacity to secure this region.

Beijing will have a tough time finding value for its money considering the tensions in the region, coupled with its policy of non-interference. With anti-secessionist sentiments at home and external security threats combined with its economic interests, Beijing will not give into divergent regional claims and eventually get entangled. This is evident since Beijing seems to be calling the shots as Khalid Mansoor, a Beijing-favourite was appointed the ‘Special Assistant to the Prime Minister on CPEC Affairs’. Some members of Pakistan’s business community were not pleased with the new appointment.

Gilgit-Baltistan has been demanding a greater share in the CPEC. The region is a point of contention as it disregards Indian sovereignty concerns. New Delhi had repeatedly objected to Islamabad’s endeavour to accord provincial status to Gilgit-Baltistan; the Indian Ministry of External Affairs (MEA) reiterated that “the area of so-called ‘Gilgit-Baltistan’, is an integral part of India under the legal, complete, and irrevocable accession of Jammu and Kashmir to the Union of India in 1947”.

The Joint Statement released after PM Khan’s visit mentions the issue of Jammu and Kashmir, remarking China’s opposition to any unilateral actions that complicate the situation. Support from Beijing on the Kashmir issue is a small political feat for Khan’s administration, given the deteriorating circumstances back home. Beijing had voiced its displeasure on the declining security situation and has been pushing Pakistan to reinforce its control over contested regions of Kashmir as Beijing wants to avoid the impression of CPEC undertakings being built in disputed territory. As a result, negotiation over the Kashmir issue will become more difficult, as Beijing could use its economic clout to nudge Islamabad towards an aggressive stance to weaken New Delhi.

In Pakistan, Tehrik-e-Taliban Pakistan (TTP) has also posed threats to Chinese interests. Contrary to Pakistani belief that the US exit from Afghanistan would limit the TTP, the group seems to have energised and are bouncing back stronger. Much to the dismay of Islamabad, the depth of Taliban-TTP relations became evident when the Taliban released several senior TTP leaders and fighters imprisoned by the former Afghan government. The TTP has underlined that the Afghan Taliban is not only a model insurgency but also the mothership of their movement. Noor Wali Mehsud, the TTP Chief, has publicly pledged his allegiance to Taliban leader Maulvi Hibatullah Akhundzada and declared the TTP as a branch of the Afghan Taliban in Pakistan.

The Afghan Taliban has enjoyed Pakistani support for over two decades, however, the recent skirmishes on the Durand line undermine their relationship and Pakistan’s sovereignty. Duplicity in relations is not new to the region. As the TTP complies with the Afghan Taliban leadership to help it amalgamate power in Afghanistan, Pakistan is left with no guarantee that the increasingly nationalistic Afghan Taliban will co-operate with them.

Six months into the Taliban’s victory, Afghan soil is once again a launchpad for foreign and domestic fighters and has added to the security concerns of the ‘all-weather friends’. According to the recent United Nations Security Council (UNSC) report concerning Islamic State (IS) and Al-Qaida, “there are no signs of the Afghan Taliban limiting the activities of foreign terrorist fighters”, “on the contrary, terrorist groups enjoy greater freedom there than at any time in recent history.”

China is Afghanistan’s best shot to acquire funding and international legitimacy. The Taliban have accommodated Chinese interests by placing operational restrictions and relocating the Uyghur Islamist group of the Turkestan Islamic Party (TIP) from its traditional stronghold in Badakhshan, bordering China. These efforts to contain groups like TIP remain questionable as some UN member states claim that the group collaborates with Al-Qaeda and the Pakistani Taliban. Additionally, some TIP members reportedly remain intent on “returning to Xinjiang for jihad.”

The biggest obstacle for the Afghan Taliban in keeping a check on Uyghur militancy comes from the rise of Islamic State Khorasan (ISK). ISK has continuously voiced its opposition to China and has recently called out the Taliban on its deepening ties with Beijing given the “eradication of the Uyghur Muslims’’ in Xinjiang. With the economy collapsing and the rising humanitarian crisis, institutions under the Taliban are still weak, making conditions ripe for ISK to exploit. Targeting China from Afghanistan would cost the Taliban its most powerful partners and undermine its legitimacy—a goal ISK is desperately trying to achieve. Furthermore, perturbed TIP militants joining ISK, as Taliban-China relations strengthen, would have direct repercussions on Beijing.

China’s investments and involvement in Pakistan is partly built on the assumption that Pakistan has critical influence over the Afghan Taliban and is a mitigating force for extremism in the region. Beijing risks depending too heavily on Islamabad as there are elements in both Afghanistan and Pakistan that are beyond Islamabad’s control. Pakistan has invariably been the site of the highest number of terrorist attacks against Chinese nationals abroad. It is now becoming increasingly clear that far from stabilising Pakistan, China’s growing presence in the region is becoming a factor in destabilisation and is drawing China into the vortex. Thus, the commitments of the ‘all-weather friends’ seem far from fruition as they are caught in the eye of the storm.