COVID-19 second wave: Can Pakistan be far behind? 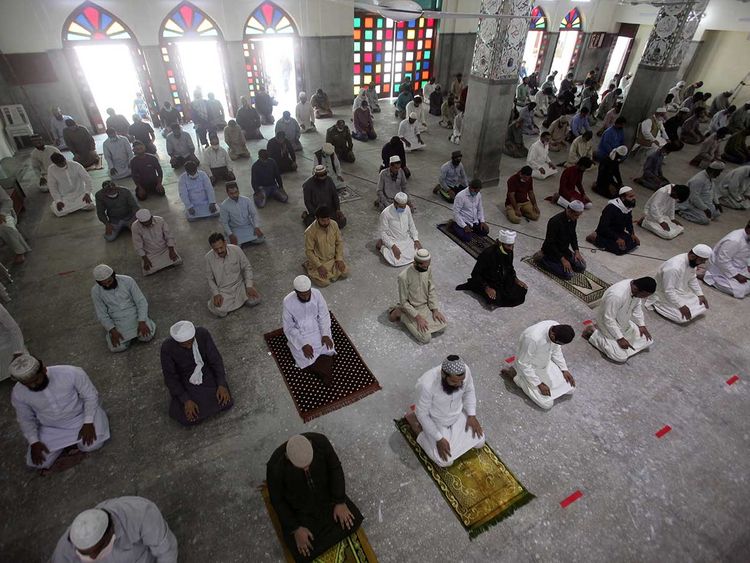 As India continues to clock half of the world’s COVID-19 daily infections and one fourth of the daily deaths, neighboring countries including Pakistan look close to the eye of this deadly storm. Nepal is already witnessing the pandemic spread to worrying proportions Bangladesh is also in the list of countries that lay in the path of this growing danger. Can Pakistan be far behind?

There are no guarantees with this virus. Consider the fact that India’s policymakers were caught unawares just when the pathogen was invading millions across the country’s vast landscape. Now over 500 of its districts are reporting positive cases, with positivity rates hovering in the breathtaking bracket of 21%.

The US did no better under Trump, who was two-thumbs up in the battle against the virus, not knowing what was about to come his nation’s way. The US is now the most infected country in the world after India. So punchline is that in large nations with huge populations, forecasting trends about the disease spread can be tricky, and even grossly misleading.

Pakistan has learnt its lessons from the first wave that touched the country’s main cities and towns for two months last year and spread panic. Now no one is bowing in gratitude for having defeated the virus; it is more like fingers crossed and hands cupped in constant prayer that an India-like situation does not appear in the country.

There is no traffic between India and Pakistan and for all intents and purposes the border movement is frozen. For now the absence of any commercial or human exchange between the two countries may be a safe bet against infection spread from across the neighbourhood. But the situation remains touch and go.

Community spread is what makes the virus’ attacks in India so dangerous and wide-ranging. Simply put, when homes and households report infections and when every family has a tale to tell of either contracting infections or knowing someone in the line-up of first relations to have fallen to the pandemic, then preparations such as closed borders are not enough to breath easy.

While official statistics continue to show a reassuring picture, anecdotal evidence suggests that the COVID-19 affect on Pakistan is far larger than what is claimed in carefully scanned and released data. More to the point, the biggest protection against the virus is vaccination, which in case of Pakistan is still the least used measure. Only 1 per cent of its population is vaccinated so far.

As the global vaccine availability is hit hard by the situation in India — the world’s largest manufacturer of vaccines — and the rich nations indulge in vaccine hoarding, supply chains are badly affected. That’s why no one wants to put a hand up with a date when the country would start to function with the reassurance of a nationwide vaccination cover. Till then stopgap arrangements marked by on-again off-again lockdowns and suspension of business and public activities will hold the policy field.

Such policies, while assist in slowing down the march of the virus, are inadequate in tackling it decisively. Moreover, lockdowns cannot be permanent. Pakistan which was shut down for a week is now back to near normal life. Business centers are reopening. So is public transport and offices. Those held back by the temporary lockdown are now rushing to make the most of the unchained gates of travel, work and commercial activity.

This burst of human interface expands the danger of quick community spread especially since the people generally tend to forget to adhere to even basic social distancing measures. Then there is politics which remains oblivious to these lurking dangers. The information minister took a swipe at the government’s leading opponent, daughter of former prime minister for addressing a rally during her visit of an incarcerated worker’s home on Sunday. Those in the opposition see such narratives as a pre-emptive moves to explain away the government’s own mismanagement.

Regardless of the blame game, Pakistan seems to have all the ingredients in place to worry about the future trends in virus spread. The Indian situation is far heartbreaking but at the same time it is a lesson to not leave anything to chance or luck and above all, not let the guard down.