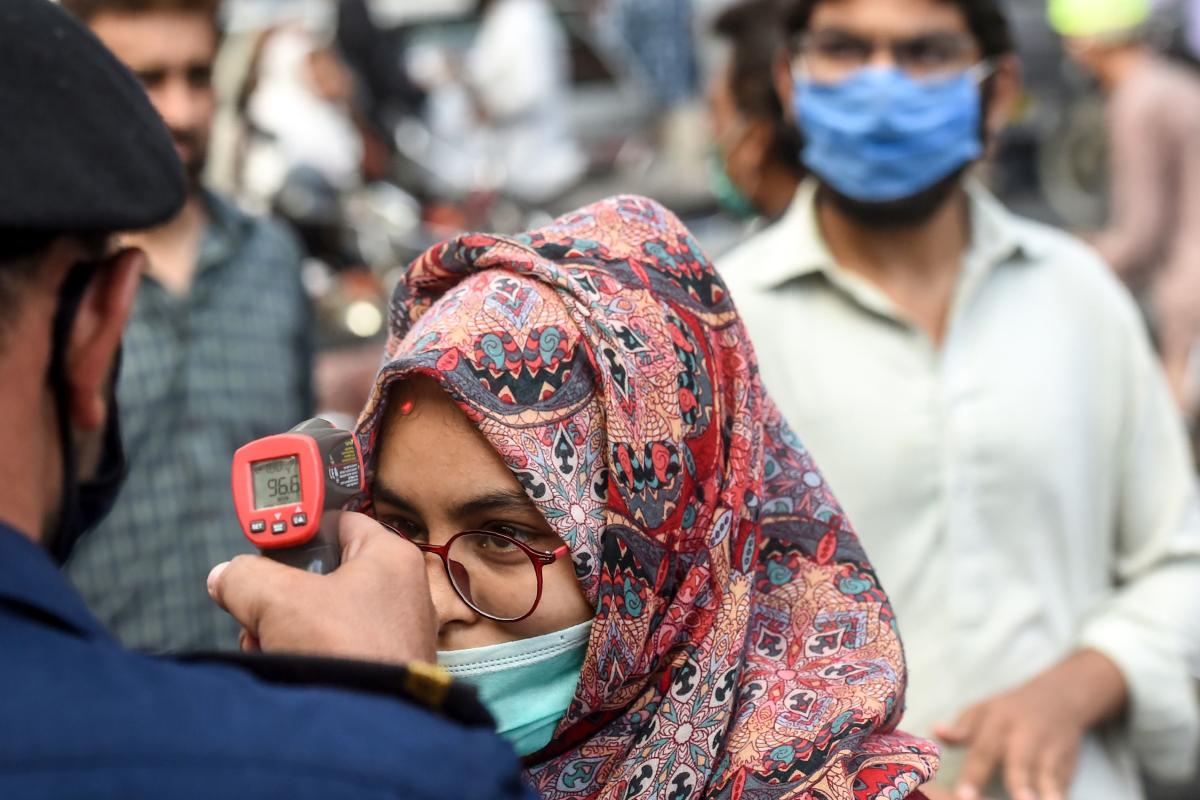 COVID-19, which originated in Wuhan, Hubei Province has not spared Pakistan, China’s closest strategic partner. Claiming success in containing the disease domestically, China is delivering help to Pakistan, as also to many countries around the world, to meet this rather unprecedented health crisis.

Pakistan’s National Assembly praised China’s efforts against COVID-19 in a resolution passed on February 13, 2020, and lauded China’s help to Pakistani nationals stranded in Wuhan at the peak of the crisis. The Pakistani resolution was ‘highly’ commended by the Chinese Foreign Ministry, which noted that both countries “were close neighbours with a fine tradition of helping each other”. President Xi Jinping also spoke to Prime Minister Imran Khan. To exhibit its solidarity with China, Pakistan President Arif Alvi visited Beijing mid-March, at the peak of the COVID-19 crisis. A joint statement issued at the end of the visit applauded China’s efforts to eradicate the disease, reiterated their status as steadfast ‘iron brothers‘ and pledged to uphold each other’s ‘core national interests’. Subsequent to the visit, the Khunjerab Pass in Gilgit Baltistan in Azad Kashmir was opened. China is transporting aid and equipment through this pass to help Pakistan fight the spread of the virus.

The Chinese Embassy in Islamabad tweeted that “at least 2 tonnes of masks, test kits, ventilators, medical protective clothes worth Rs 67 million were handed over to Pakistani officials at Khunjerab Pass”. China is also helping to set up temporary hospitals to deal with rising numbers of COVID-19 patients. Another tranche of testing kits and other equipment from China arrived in Pakistan by a special cargo flight, which also ferried Chinese specialists and health workers to execute relief measures in Pakistan. A special plane carrying relief equipment funded by private Chinese entities, such as the Alibaba Foundation, was also sent.

That China is pouring in tonnes of supplies to Pakistan in this crisis situation should not surprise many. The more than five-decade-old relationship rests on solid planks of mutual benefit and strategic convergences. While countries, including India, swiftly moved out its citizens from Wuhan when the crisis began, Pakistan chose not to evacuate its citizens mostly about 1000 students, to avoid embarrassing China, in spite of heavy criticism at home. Pakistan instead insisted that the decision not to fly them back was conditioned by concerns about the possible spread of the virus at home. It was also only towards the end of February that Pakistan International Airlines (PIA) suspended flights to China and Japan.

While Pakistan’s economy has been weak, it has received external help from the International Monetary Fund (IMF) as well as friendly countries like China. COVID-19 will further weaken the Pakistani economy, necessitating further doles from friendly countries like China. The Asian Development Bank (ADB) has forecast ‘headwinds’ for Pakistan in 2020, where growth rate could further descend to about 2.6 from the existing 3.3 per cent with high double-digit (11.3 per cent) inflation.

Pakistan occupies a pivotal position in China’s Belt and Road Initiative (BRI), with the estimated $62 billion worth China-Pakistan Economic Corridor (CPEC) being the flagship project. There are, however, speculations that COVID-19 could affect the CPEC, further giving traction to constituencies in Pakistan that remain sceptical about its feasibility and success. To dispel such scepticism, Pakistan Foreign Minister Shah Mehmood Qureshi has already started assuring people that the pandemic will not impact the progress of CPEC.

Pakistani analysts like its former Ambassador to the United Nations, Abdullah Hussain Haroon, also supported the view offered by the Chinese Foreign Ministry Spokesperson, Zhao Lijian, that there could be an American hand behind the origin of the coronavirus pandemic. Haroon blamed the United States (US), Europe and Israel as being responsible for the spread of the virus in order to upend China’s stupendous economic growth. Another scientist, Ata-ur Rahman, currently heading the Task Force constituted to develop a COVID-19 vaccine in Pakistan, asserted that Wuhan was not the epicentre of the virus, and alleged that work on modification of the virus had been undertaken at a military-controlled laboratory in the US. Notably, Rahman was awarded the China International Science and Technology Cooperation Award for the year 2020 by President Xi Jinping.

While the strong bilateral relations would suggest a continuation of bonhomie between the two states in the fight against COVID-19, potential hurdles remain. In the past, it has been observed that the Lal Masjid siege in 2007 presented one such tipping point when Chinese nationals were abducted by fundamentalists in Islamabad. Even before the crisis could disrupt bilateral ties, then-President Pervez Musharraf ordered the siege of the mosque housing the fundamentalist elements apparently at the behest of China. Similarly, recurring attacks on Chinese workers, especially in the province of Balochistan, have the potential to sour the bilateral ties. This has not been the case so far because the army has set up special units to provide security to Chinese workers. Moreover, despite Pakistan’s Islamist leaning, it has never raised the issue of Chinese excesses against the Uighur Muslim population in Xinjiang. On the contrary, Pakistan has taken summary action against Uighur militants and handed over Uighur activists operating from inside its territory to China.

Pakistan’s relations with the US, meanwhile, have been largely insulated from the rivalry between the US and China. Pakistan continues to receive help from both of them to deal with the pandemic.

Notwithstanding all this, there is some measure of aversion against China within Pakistan. Despite curbs in the mainstream media, messages have circulated in social media holding China responsible for the pandemic. Whether this would sway public sentiments adversely vis-à-vis China or whether China offering preventive and palliative measures would help blunt such criticism, remains to be seen.

Large sections of the Pakistani society have long remained averse to vaccination drives, to counter polio for instance. There have been several attacks on health workers administering the polio vaccine, and some of them have even been killed by terrorist groups. The aversion to vaccination among the religious groups indicates that the response of the society and the state to a highly contagious pandemic like COVID-19 would be half-hearted. Compliance to strict measures requiring no gatherings in mosques for Friday prayers is patchy, further compounding the problem. The deadly outbreak has put Pakistan’s healthcare system under the scanner, increasingly seen as ‘dilapidated’, weak and unprepared to respond to emergencies. A severely constrained health care infrastructure has been further aggravated by budget cuts in 2019. Such systemic inadequacies may reduce the impact of Chinese assistance to help Pakistan fight against COVID-19.

Strategically, China is too important for Pakistan’s power elite, given that its stakes are tied firmly to the success of Chinese-funded domestic infrastructure projects. Similarly, China would also need dependable and loyal allies like Pakistan willing to support and disseminate the emerging Chinese narrative on COVID-19. In the post-COVID-19 period, world opinion could be steeply polarised against China. Whether this would constrain Pakistan’s choices and propel Islamabad to recalibrate its relations with its most trusted ally, is a moot question.