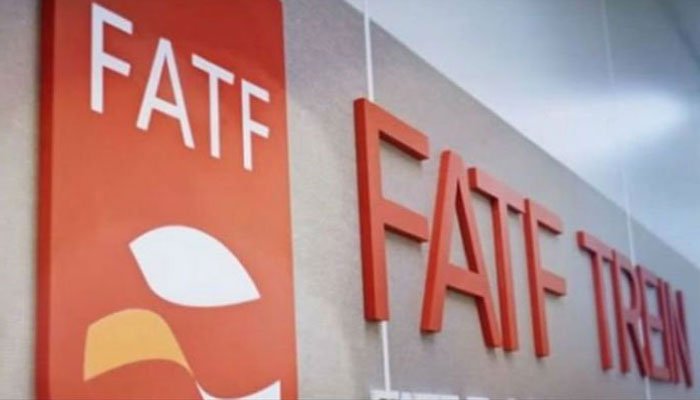 ISLAMABAD: More than two dozen countries have given cold-shoulder to Pakistan’s hundreds of requests seeking mutual legal assistance to tackle terrorism-financing, money laundering and cyber terrorism in a move to meet the FATF’s conditions and recommendations.

Pakistan, under its mutual assistance laws, has sent more than 232 official requests to two dozen countries in the past three years, revealed detailed official response the local authorities submitted to the Paris based anti-money laundering and terrorism-financing organization, named the Financial Action Task Force (FATF).

Islamabad, in its hundreds of pages response, informed the FATF’s top management that its Financial Monitoring Unit (FMU) and law enforcement agencies have traced the origin of terror financing to these countries, but did not receive any substantial legal support and solid information to proceed with the investigation and cases against these terrorism/terrorists’ financiers and their abettors in their courts.

“An offense wise division of all 232 MLA [Mutual Legal Assistance] outgoing requests and specific details with respect to the number of requests, subject matter and recipient countries are annexed at section A of Annex-IO-2.1.3…that are of high money laundering and terror financing risk…but no encouraging response received from these countries,” suggested the response, demonstrating a focus on those countries in which geographical risk is higher.

Only in March this year, the FMU sent 34 international requests for information at the request of LEAs, out of which 30 requests were sent following directives of the National Counter-Terrorism Authority (NACTA), reads the response. The FMU has also independently made 59 international cooperation requests to foreign jurisdictions during this period, added the response stating since the enactment of the MLA Act in August 2020, Pakistan has extended the MLA to and requested assistance from the UK, France, Cyprus, Afghanistan, UAE, Canada, Netherlands, Serbia, Cayman Islands and Iran.

“The majority of outgoing MLA requests, as described below, are based on targeting cross border money laundering and terrorism financing investigations in domestic proceedings, specifically with respect to fundraising/funding for terrorist activities and funding for prohibited organisations and Madrassas,” revealed the official response. “This aligns with the findings in the National Risk Assessment 2019 which found that the overall terrorism financing risk level for Pakistan is very significant, and that a large segment of the non-profit organizations sector in Pakistan is seen as having a very significant inherent vulnerability for terrorism financing.”

All relevant agencies (FIA, ANF, FBR, FMU, CTDs, SECP and Home Departments) of provinces with formal international cooperation responsibilities regularly sent MLA requests to various jurisdictions in accordance with their mandates, says the response. From October 2018 to March 2021, the Ministry of Interior sent 148 requests on money laundering and terrorism financing on behalf of FIA and provincial Home Departments and two MLA requests for provision of Beneficial Owner information on behalf of SECP. Similarly, NAB has sent 72 requests with respect to corruption offences and money laundering and ANF sent 10 requests with respect to narcotics during this period, revealed the reply.

An offense wise division of all 232 MLAs, outgoing 86 requests were of fund raising for banned organizations, 17 of extortion, 19 of narcotics, 10 of cash smuggling, 72 of corruption, three of NR smuggling, nine of illegal MVTs, 12 of cyber terrorism, three of BO and one each of fraud and KFR, revealed the report. Some 27 to UAE, 54 to Afghanistan, 11 requests sent to the UK, 5 to Bahrain, 5 to Qatar, 4 to Oman, one to Myanmar, 2 to Malaysia, 5 to Saudi Arabia, 2 to Bangladesh, 3 to Switzerland, 4 to USA, 2 to Malaysia, 3 to Kuwait, one or two each to Iraq, Netherlands, Syria, Turkey, Mauritius, Lebanon, France, Canada, Norway, Seychelles, China, Japan, Hong Kong, Austria, Poland, Australia, Belgium, Sweden and Columbia, Sri Lanka, Nepal and Malaysia respectively.

The FMU has also sent 36 requests for information to its foreign counterparts regarding entities of concern.

Activities of these individuals and terrorist organizations in proposed narrative summaries were shared by Pakistan with the 1267 Sanctions Committee, revealed the response. Pakistan also approached members of the Sanctions Committee at bilateral level revealing that anti-terrorism authorities have frozen over 972 million dollars link to assets of proscribed organizations in the country, added the response.

The Pakistan Listing Committee meets regularly, every quarter during the year and holds special meetings whenever necessary and continues to work on the identification of targets for designations proposals, including associates of the UN-Designated Terrorist Persons and Entities, revealed Pakistan’s response. The Pakistan Listing Committee has considered additional six listing proposals during 2020 and these proposals will be submitted to UNSC 1267 Sanctions Committee during 2021, it added.

Response continued to reveal that Pakistan has an effective domestic sanctions regime in compliance with UNSCR 1373. Under this regime, Pakistan has put in place mechanisms enabling the designation of terrorist organizations and persons associated with terrorism at the national level and the consequent application of immediate sanctions, it added. The domestic sanctions list under UNSCR 1373 (ATA 1997) predominantly comprises Pakistan nationals living within Pakistan’s territorial jurisdiction. However, a few foreign nationals living in Pakistan have also been placed on the Fourth Schedule of the ATA-1997, added the response.

These individuals were removed from Pakistan’s domestic sanctions list during the review of its Fourth Schedule by Pakistan (2019-20), however authorities continued to monitor them to determine any event of recidivism until these individuals moved back to Afghanistan, stated the response.