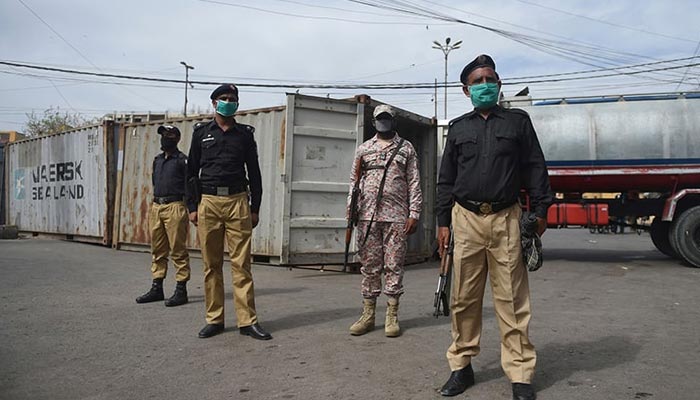 KARACHI: The coronavirus restrictions imposed in Sindh have been extended for two weeks, the provincial government decided Saturday, amid a rise in infections across the province.

A meeting of the Coronavirus Task Force was held under the chairmanship of Sindh Chief Minister Murad Ali Shah, with provincial ministers, medical experts, police officials, and other officials in attendance.

The Sindh health secretary, briefing the meeting, said during the last seven days, from May 15 to 21, Karachi’s District East posted a 27% infection rate, District South 15%, District Central 13%, while Districts Korangi, West, and Malir 10% each.

Similarly, during the said week, Hyderabad and Dadu posted a positivity ratio of 11%.

The meeting was further informed that 213 patients died from the virus in the last 30 days, out of which 164 patients were on the ventilator, and 26 patients died at home.

The Sindh CM said a total of 24,299 tests were conducted in Sindh, from which 2,136 new cases were reported. The rate of cases has been steadily rising since Eid.

According to the Sindh CM’s spokesperson, it was decided that tourist centers, Seaview and Hawke’s Bay beaches and amusement parks will remain closed for another two weeks.

Walking tracks, however, will be kept open in Sindh.

Shops to remain open till 6pm

According to the spokesperson, starting Monday, shops and department stores will remain open till 6pm under strict implementation of SOPs.

All wedding halls in the province will remain closed, as will indoor and outdoor dining. However, takeaways will be allowed.

According to the spokesperson, the decision to open schools in the province will be taken after the situation improves.

In addition to this, the education minister has been asked to get teachers vaccinated.