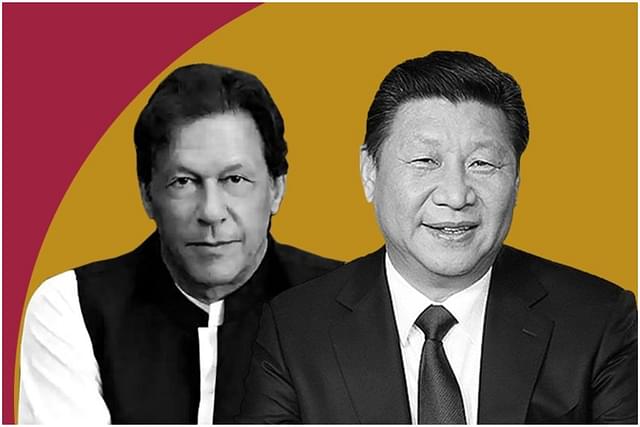 Chinese think tanks recently gave President Xi Jinping some bad news: China’s GDP growth was likely to halve to less than 4 per cent a year over the next decade. During the same period, India’s GDP was projected to grow at an annual rate of 8 per cent.

The long-term consequences of these two projections, subsequently backed by several global investment banks, could alter the balance of power in the region.

China has long used Pakistan to retard India’s rise. Till 1951, when China forcibly annexed Tibet, India and China did not share a border. Ever since, Chinese leaders have regarded India as a regional rival that must periodically be shown its place in the evolving hierarchy of nations.

Beijing sees the future world order dominated by the G2 — China and the United States. But analysts have lately been forecasting a different matrix of global power.

By March 31, 2022, India’s GDP will edge ahead of Britain to become the world’s fifth largest economy.

Its intransigence during commander-level talks at friction points along the LAC reflects China’s urgency to stem India’s rise before the window of opportunity to do so slams shut. By most estimates, that window will close by 2030. The gap between the Chinese and Indian economies would by then have narrowed from 5:1 today to nearer 3:1.

Simultaneously, the GDP gap between India and Pakistan would have widened from 10:1 today to 15:1.

This forms an inflection point in the region. China will no longer enjoy the clear economic or military superiority over India it needs to effectively retard its rise.

Pakistan, meanwhile, is proving an unreliable and unstable ally. China’s ambition to develop Gwadar Port in Baluchistan has already been hit by increasing terror attacks on its workers by the Baluchistan Liberation Army (BLA).

The BLA is fighting for an independent Baluchistan which accounts for 44 per cent of Pakistan’s total geographical land area.

The terror attacks by the BLA have rendered Gwadar a white elephant, forcing China to develop Karachi Port instead as part of the troubled China Pakistan Economic Corridor (CPEC).

As Nikkei Asia reported on October 13, 2021: “Gwadar has proved to be a problematic area for Chinese investment. In August, a suicide bombing targeting a vehicle carrying Chinese nationals in the area killed two children and wounded three. Separatist militants have waged a long-running insurgency in Baluchistan. The bombing came after Prime Minister Imran Khan launched in July a rare dialogue with separatists opposing China’s Belt and Road initiative as the government braced for possibly more instability in the region after the withdrawal of U.S. troops from Afghanistan.

“The writing was already on the wall for some. In June, Saudi Arabia decided to shift a proposed $10-billion oil refinery to Karachi from Gwadar. This was a major shock to the government’s plans of building an energy hub in Gwadar, which is facing massive protests due to lack of water and power. Now, Gwadar stands to lose even more foreign investment. Karachi is the largest city and the main commercial hub of Pakistan and also home to the busiest port.

“Arif Rafiq, president of Vizier Consulting, a New York-based political risk assessment firm, said that the project had a long way to go. Feasibility studies, including on the environmental impact, need to be conducted. The dredging will destroy existing mangroves, which serve as a vital, natural defence against storms and erosion, he said.

“He claimed that as many as 500,000 people will have to be resettled, which will be a politically contentious process.

“Gwadar’s sudden fall from grace has implications for wider Belt and Road enterprises. Analysts said that the way Pakistan and China are dealing with Gwadar implies that any problematic project of Belt and Road, irrespective of its potential, can either be dropped or put on the back burner”.

With time running out, Beijing and Islamabad have upped the anté across two fronts: terrorism in the Kashmir Valley and military pressure at the Line of Actual Control (LoAC).

The spate of terror attacks on Hindus and Sikhs in the Valley and infiltration by Pakistani terrorists across the Line of Control (LoC) are part of the China-Pakistan strategy to strike India as its economy rebounds strongly from the Covid-19 pandemic.

The terror group has attacked Pakistan over the years, including the army school in Peshawar in 2014 which killed over 150 people, mostly children of army officers.

The Pakistani army then drove TTP leaders across the Durand Line into Afghanistan where they received refuge from the Afghan Taliban fighting US and NATO forces.

When the Taliban took over Afghanistan in August 2021, it freed up to 3,000 TTP fighters from jail. The TTP is now back in Pakistan, compelling Islamabad to negotiate a truce.

For India, the immediate strategy is clear. Hit hard and hit fast. Every Pakistani proxy terror attack in Kashmir must invite swift retribution. But keep the long view in sight. Time is on India’s side. Pakistan is a declining terror state. Its economy is in shambles. As a facilitator of terrorism, its global reputation is in tatters.

China too is passing through its worst phase in a decade. Economic growth has slowed, perhaps terminally. Beijing has enemies to its east, west and south: Taiwan, India and Australia. Its trade conflict with the United States has led to firms shifting some of their production lines out of China.

For India, the poisonous China-Pakistan nexus must be met with both unflinching resolve and a cool head. China and Pakistan know that the window of opportunity to act nefariously against India will soon snap shut.