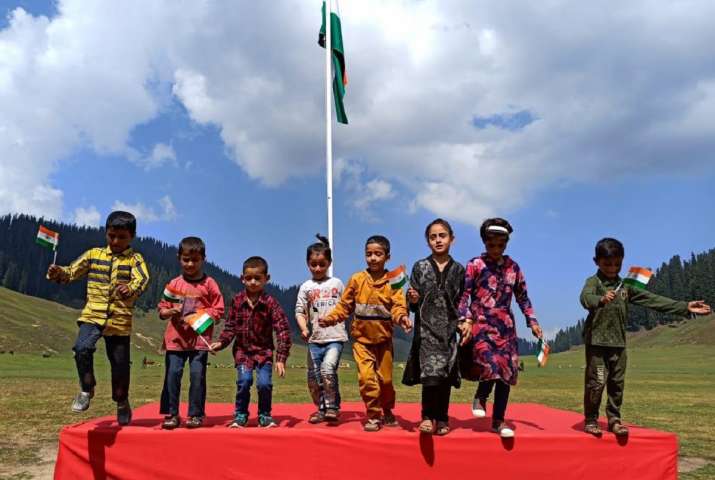 Once the road for evolution of peace in valley was thrown open by removal of article 370, the terrorism steeped high to vanish the efforts made the government. Many new changes could be seen through this period, the additional organizations or, in other words the newly formed terrorist organizations prove a security challenge. The civilians are constantly under radar of the terrorists that target kill them and spread fear among masses.

Factually, article was a major road block in way of progress in the valley. The multinational companies (MNC’s) had earlier shown their interests in investment sector of the valley but the article hampered them. Now that first step was taken, the terror sponsors couldn’t bear the destruction of their plans. Thus as conventional of them, they resort to unabated violence as habitual of and propagate the culture of fear. The psychological tricks being employed are conclusive of hysterical culture to meet the planned ends.

The people are easily understanding the tricks extended by the terrorists, the recent killings have impacted the people deeply to the mark that they feel suffocated of blood shed that has now entered into 4th decade now. The movement of people is largely affected due to the continuous violence against them, the guns have poured destruction over business units, and market. The tourism had been devastated and decrease in visitors has irked the people directly dependent on it. Also the corruption has mouthed high due to the violence in valley, the personal connections between OGW’s and officers have formed a nexus hard to break.

Yet, the people are negating the attitude of the local militancy, if somehow people did show some sympathy for, as proper understanding of violence have driven them to the right way now, more so they want a climate of peace. For the reason, they ameliorate their relationship with the army- fighting the internal and the external dangers in the valley. The opportunities they are offering to the local youth by imparting the vocational trainings to them, involving the civil administration has impressed has maintained the gap low between the security forces and the ones who are being secured. Thus the motive of security has been achieved, and the Kashmir is on the way to mow the terrorism completely from its streets and woods.