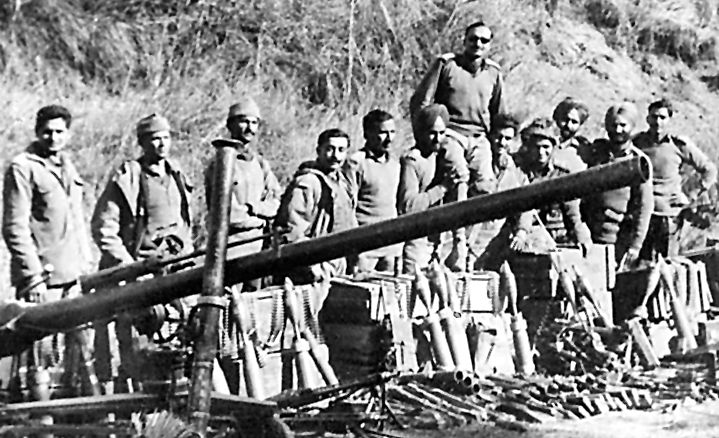 It had taken more than 36 hours to capture the formidable Brachil Pass. The enemy had defended it valiantly. Over 40 km of Pak-occupied territory and 19 enemy posts were captured by 18 Punjab, earning the battle honour ‘Brachil & Wali, Malik’. The morale of our men remained high because of our camaraderie, regimentation, unit ethos and good training. This operation was the Army’s early tryst with winter warfare in high-altitude terrain.

In the freezing chill of that dark night of December 6, 1971, an eerie silence had enveloped the moving column of my battalion, 18 Punjab, as we trudged in unfamiliar, hostile territory. The immense risk of getting ambushed, the inherent danger of treading on mines or getting trapped in hostile fire from adjoining enemy posts haunted us. Traversing across the enemy land in the high-altitude terrain of Kargil, it was an incredible experience. I was a second lieutenant then, and getting blooded in combat.

Invoking God’s blessings, we descended stealthily at last light from Kala Pahar at Kargil, astride the Srinagar-Leh road, and moved in a single lane through our own minefield, treading softly, so that no rolling stones alerted the enemy. However, the sudden emergence of a few stone-walled huts in the desolate surroundings while crossing the Line of Control had imposed caution on us, lest some inimical elements may be present there. Suddenly, a captivating picnic spot appeared while we moved through a flattish area, but now tremendous danger lurked in that bone-chilling cold, dark night. We had never imagined earlier that some day we would be destined to set foot in that forbidden valley.

At Conical, a feature that took its fancy name from its appearance, like many other features in the mountains, the Brachil Pass, the main objective assigned to 18 Punjab became discernible. Brachil is an awesome mountain pass that stands at a height of 4,260 metres (13,990 feet) with sharp, protruding features amidst the mountain tops of the Kargil region and opens the gateway beyond to Skardu. The short halt taken at Conical to dump our heavy baggage, bivouacs, and back-packs was enough to chill the feet and the frozen sweat could cause chilblains or frostbite.

Evidently, the terrain favoured the defenders at Kargil, because they were well entrenched to face the onslaught of an attack and also to brave the freezing temperature of minus 25°C.

After having plodded the entire night, and as the wee hours approached, silhouettes of the enemy post Bahar, the outer crust of Brachil Pass defences, loomed out of the hazy darkness. Suddenly, a Pakistani sentry challenged us, screaming in a shaky voice, “Kaun hai”, and an illumination round fired by the Pakistanis lit up the area around. Our arrival had stunned the Pakistanis. The ordeal had just begun. Even before the illumination round had extinguished, enemy machine guns opened up and the valley reverberated with the echo of the machine gun fire.

The capture of Bahar had been tasked to Charlie Company, commanded by Major Sarjit Singh Sahota. As daylight was approaching fast, Major Sahota decided to lead the assault himself. Raising his walking stick skywards, he stood up to make his men realise that the enemy fire was going overhead. He then rushed forward, urging the men to move forward for the assault. Full-throated ‘jaikaras’, ‘Bole So Nihal, Sat Sri Akal’, ‘Durga Mata Ki Jai’ and our battalion war cry, ‘Har Maidan Fateh’, rent the air, resounding all over and reaching a crescendo.

Major Sahota was wounded by grenade splinters, blood oozed from his neck, but he resolutely carried on wishing that he would collapse only after the Brachil Pass was captured. Major Sahota was evacuated later, but he returned after a couple of days with thick bandages around his neck. He was awarded the Sena Medal.

The battle for the enemy’s post Bahar had begun. The enemy’s sustained machine gun fire impeded our uphill assault. Havildar Gurmukh Singh was hit by a bullet. Incessant lobbing of grenades by the enemy raked us. Splinters of a grenade burnt a hole in my coat parkha, and the smell of burnt rubber oozed from my right-foot snow boot.

Undeterred, Sepoy Sampuran Singh threw a grenade in the machine gun bunker, neutralising its occupants. The machine gun and its ammunition were captured intact. Sepoy Sampuran Singh was awarded the Vir Chakra. As Lieutenant Ramesh (Gulshi) Bhola, a gallant officer of Charlie Company, came nearer, we chanced upon one of our medium machine guns being hauled up. The men carrying it appeared exhausted and were lagging behind. We pulled and shoved these men uphill. They got emboldened on reaching the top. Later, I was to gift my ‘kara’ (iron bangle), to Gulshi Bhola; he still wears it and proudly displays it as a token of our lifelong bond.

It had taken more than 36 hours to capture the formidable Brachil Pass. The enemy had defended it valiantly. Over 40 km of Pakistan-occupied territory and 19 enemy posts were captured by 18 Punjab, earning the Battle Honour, ‘Brachil & Wali, Malik’.

The morale of our men remained high because of our camaraderie, regimentation, unit ethos and good training. Moreover, as officers, we too had shared their worries, discomforts, problems and undergone the same hardships. This operation was the Indian Army’s early tryst with winter warfare in high-altitude terrain. During the 1999 Kargil operations, the troops had operated in summer and had an edge with better, improved clothing and equipment. The troops now operating in Siachen Glacier are better off with superior clothing and equipment. It was not so in December 1971.