Can the Taliban Regime Stay Power? 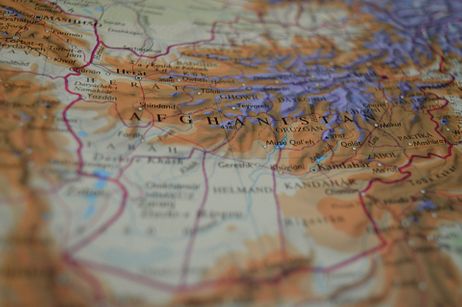 The dismal fate of the Afghan people is that groups even more extreme than the Taliban are emerging to vie for power.

After capturing Kabul on August 15, the Taliban took three weeks to announce an interim government. Hardliners secured all of the posts in what was likely a power struggle with other Taliban leaders. The government is highly exclusive in its representation of gender, ethnicity, religion, and political views.

When the Taliban first came to power in 1996, it enjoyed relative popular support given the fact that the feud between incumbent mujahedin groups had devastated Afghanistan. But the Taliban did not retain power for long, and was overthrow by a U.S.-led invasion after the 9/11 attacks.

Compared to their first stint in power, and despite the massive corruption of Ashraf Ghani’s government and its failure to bring desired development, the general Afghan population gave no indication that it was eagerly seeking for a return of the Taliban to power.

This time, the Taliban took charge of Kabul with apparently less internal support and facing adverse international conditions. During the process of the U.S. withdrawal, the Taliban captured Kabul with stunning rapidity, surprising many – including them. The changed context very suddenly forced the Taliban to face the hard reality of running a state under very constricted circumstances, raising questions about whether it is possible for them to remain in power for the foreseeable future by simply relying on military force.

The Economy: The Decisive Factor

erhaps the Taliban’s biggest challenge will be the economy. After the Taliban takeover, development partners cut ties, and international economic institutions and donor agencies imposed restrictions on Afghanistan. Despite experiencing rapid economic growth in the last decade, Afghanistan failed to build a self-sustaining national economy. This desperately poor nation with a GDP of around $500 per capita has a 90 percent debt-to-GDP ratio. About 80 percent of its annual budget depends on the United States and other foreign donors.

Much of the Central Bank of Afghanistan’s (DAB) $10 billion in assets are in the hands of the United States and some other Western nations. The U.S. treasury secretary already announced he had no plan to release Afghan assets. Other Western nations froze assets as well as withdrawing from financial deals. The World Bank and other aid agencies also halted aid.

DAB does not have the capacity to print currency. Before the Taliban seized power, DAB was expecting a delivery of 2 billion Afghanis in small-denomination notes from a Polish currency company by August 2021 and another 100 billion from a French firm next year. The Taliban takeover has made these deliveries uncertain.

These national and international responses have conspired to create a severe liquidity crisis. The Taliban is unable to pay salaries to government employees. People are out of cash, and the prices of essential commodities are skyrocketing. There are severe power cuts and fuel shortages. Inevitably, the economic crisis has badly affected the health sector. Even basic medicines are completely out of stock in public hospitals.

The bleak economic outlook, along with the fear that the Taliban will be implementing much harsher Sharia laws in the coming months, have forced thousands of Afghans to attempt desperate crossings of the border. The massive exodus of bureaucrats, skilled workers, intellectuals, and public figures will surely have a severely adverse effect on the nation. That none of Afghanistan’s foreign embassies have shown allegiance to the new rulers also imperils the Taliban regime.

Can China and Pakistan Rescue the Taliban?

Even with the Taliban a global pariah, Pakistan and China have come forward to rescue them. Both provided emergency aid and have called for the international community to engage with the regime. The most significant achievement of Pakistan’s Inter-Services Intelligence’s (ISI) was to take the opportunity presented by feud between different factions of Western-backed mujahedin after the fall of Kabul’s communist government in 1992 and help a particular group create the Taliban.

The Taliban is Pakistan’s protégé and an important tool for maintaining its geopolitical interests in the region. Therefore, it is in Pakistan’s utmost interest to keep them in power at any cost. Despite this active support, however, Pakistan has not risked officially recognizing the Taliban out of fear of being isolated from the rest of the world. Pakistan’s establishment is also concerned about the Tehrik-i-Taliban Pakistan, which has carried out many attacks in Pakistan and has close ties with the Afghan Taliban.

Pakistan faces a dilemma. On the one hand, it does not want to lose the Taliban as an effective pawn; on the other, it fears the Talibanization of Pakistan itself. Along with these factors, its impoverished economy deters it from providing the necessary financial and political support to the Taliban on its own.

Like Pakistan, China faces its own quandaries. China is concerned about its investments and business interests in the region but at the same time is worried about bolstering the East Turkestan Islamic Movement, what it says is a Uyghur extremist group, if the Taliban stays in power. For its part, Russia is also being cautious, calculating whether sustained Taliban rule will inadvertently bolster the politics of Islamism in Central Asia and parts of Russia.

As for the Taliban, the biggest challenge is to ensure the livelihood of 38 million Afghans. Without massive international assistance and solely relying on China and Pakistan’s aid, they will not be able to do so.

Continuing to take an ultra-orthodox line may isolate the Taliban even from China and Pakistan, deepening the economic crisis.

The worsening economic circumstances and governance challenges in Afghanistan could intensify internal tensions in the coming months. A brutal Haqqani network faction or another new faction could pose challenges to the current rulers and trigger severe infighting akin to the feuding between mujahedin groups in the 1990s. In the coming weeks, the Islamic State in Afghanistan (ISKP), which draws its members from the Taliban and radical groups from Pakistan, could increase attacks on the interim government, just as the Taliban attacked the previous Western-backed government. Recently deposed mujahedin factions could regroup and put up resistance, too.

In their fight against communism, the United States, instead of helping to form secular-democratic forces in Afghanistan, patronized the Islamists. The United States also produced and disseminated anti-Soviet textbooks with jihadist outlooks without realizing the future ramifications for global politics.

The media tend to ignore that, in the last 20 years, Western forces have safeguarded the Islamic Republic of Afghanistan, a relatively moderate but Islamist government. The more extremist Taliban has defeated this version of the Islamists and its enemies, ISKP, are even more extreme.

The dismal fate of the Afghan people is that, in the absence of liberal democrats or leftist forces, groups even more extreme than the Taliban are now emerging to vie for the power. Infighting between the ultra-Islamists is the ultimate trajectory for Afghanistan in the foreseeable future.