Can Taliban’s takeover in Afghanistan impact the situation in J&K? 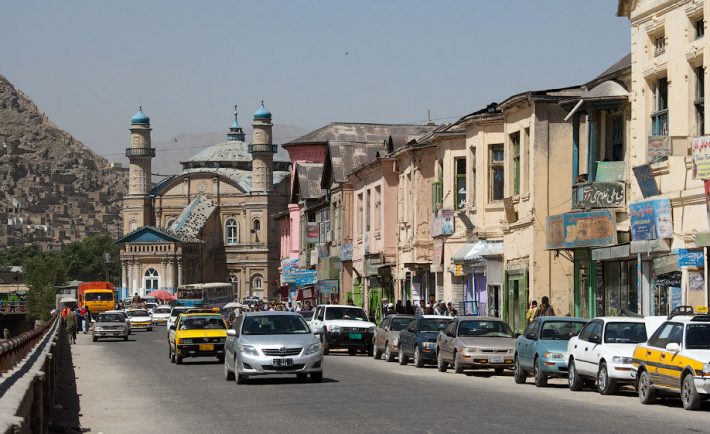 As the clock struck 12 on the night of August 30, the last C-17 cargo aircraft carrying US forces took off from the Kabul international airport, ending America’s longest war in Afghanistan.
Hours later the al-Qaeda, militant group that allegedly masterminded the 9/11 attacks on the US congratulated the Taliban, and called for the “liberation” of Kashmir, Somalia, Yemen, and other “Islamic lands”. The statement opened a new debate in New Delhi and Kashmir: would the Taliban takeover impact militancy in Jammu & Kashmir?

Days after the al-Qaeda issued the statement on September 9, Home Minister Amit Shah reviewed the security situation in J&K. Shah according to reports asked top officials of the security establishment about the security concerns arising out of developments in Afghanistan.

Talk of The Town In Kashmir

Taliban 2.0 has sparked apprehensions about a possible spill over into Kashmir. Security agencies suspect that Pakistan may leverage its influence over the Taliban and take advantage of Afghan territory, where the US no longer holds sway, and redirect some of the resources under its control to shore up militancy in Kashmir.

On the ground in the Valley people are also talking about the Taliban and the potential impact of the Afghan situation on Kashmir. From passenger vehicles to salons, people are discussing how a technologically and numerically inferior group of fighters defeated the US.

Writing in Outlook magazine, journalist Naseer Ganai noted how the people in the Valley, including political leaders, are talking more about Afghanistan than Kashmir now.

Are The Fears Founded?

In February 2021, Yelena Biberman, a fellow at the Modern War Institute (MWI), a research center at the United States Military Academy dedicated to the study of war and warfare, in her report mentioned the possible spill over of Taliban into Kashmir.

Biberman wrote that the security of Afghanistan and Kashmir are interlinked. For example, she said, in February 1989, after the last Soviet soldier withdrew from Afghanistan, the devolution of Afghan warfare from jihad into chaos propelled an upsurge of violence in Kashmir in the 1990s. Biberman, who is also the author of Gambling with Violence: State Outsourcing of War in Pakistan and India, warned that stabilizing Afghanistan but not resolving the Kashmir crisis could once again trigger Afghan and international militant relocation to Kashmir.

“When the Russians left Kabul, so did many of the foreign Islamist fighters. They had to go somewhere. And for many of them, somewhere was Kashmir,” Biberman wrote.

“There is much speculation in India about how the Taliban will be edged into Kashmir. Right now it is much too early to say how it will impact the security of J&K,” said Prof Siddiq Wahid, historian and senior fellow at the Centre for Policy Research, New Delhi.

Dr Sheikh Showkat, a political analyst and former head of the department of law and dean of the School of Legal Studies at the Central University of Kashmir, however, said that the Taliban’s take over of Afghanistan won’t have much direct effect on Kashmir, since Kashmir does not share a border with Afghanistan.

Kashmir will not remain unaffected by new regional geopolitics and there could be indirect fallout on the region, Dr Showkat opined. “Pakistan and other countries were preoccupied in Afghanistan. Since they are relieved from the preoccupations, their focus may be on Kashmir (now). Also, Pakistan has got an advantage because now her western borders are secure,” Dr Showkat said.

In an interview with BBC Urdu, Taliban spokesperson Suhail Shaheen had said: “We have this right, being Muslims, to raise our voice for Muslims in Kashmir, India, and any other country.”

But the Taliban also quickly claimed it would not let militants use Afghan soil. Many nations including India have voiced concerns. One of the greatest concerns of regional analysts and security officials has been the Taliban’s victory energizing militant groups active across South Asia.

Fearing a new wave of violence, analysts are watching the geopolitical developments closely.

The international community is apprehensive that Afghanistan may return to what it was when the Taliban first usurped power in 1996. After the withdrawal of the Soviet troops from Afghanistan in the late 1980s, armed insurgency erupted in J&K. Militants from Afghanistan also infiltrated in the region, and between September 1992 and the middle of July 1993, at least 29 Afghans were killed in gun battles with Indian security forces in Kashmir.

Nearly 40% of all violence recorded in Kashmir over the last three decades of its separatist movement took place between 1996 and 2001, when the Taliban took over Afghanistan for the first time.

Both Lashkar-e-Taiba (LeT) and Jaish-e-Mohammed (JeM) have their roots in Afghanistan—but turned into militant outfits only after shifting their focus to Kashmir. For example, Ilyas Kashmiri—one of al Qaeda’s top leaders until his death by drone strike in 2011—first fought in Afghanistan and later in Kashmir under JeM’s main predecessor.

Azhar founded the JeM within a year of his release in January 2000. Azhar himself had ties to al Qaeda chief Osama bin Laden and had worked with him in Somalia in 1993, journalists Adrian Levy and Cathy Scott-Clark wrote in The Meadow, a book about the 1995 kidnapping of five western tourists in Kashmir by the little known Al-Faran group. The kidnappers had sought Azhar’s release.2

On August 29, an Indian Army general said the security situation in the Kashmir Valley was under control and no possible fallout of the Taliban’s takeover of Afghanistan was imminent. “The security situation in Kashmir is in our control and there is nothing to worry about,” Lieutenant General D.P. Pandey, the General Officer Commanding (GoC) of the Army’s 15 Corps, had said in response to a question.

The GoC’s statement came days after the Chief of Defence Staff (CDS) General Bipin Rawat said that India is concerned about militant activity in Afghanistan spilling over into the country, but contingency plans are in place to deal with such a scenario.

These debates are happening at a time when Indian army chief, Gen Manoj Mukund Naravane, has declared that there is a marked improvement in the situation in Kashmir after the ceasefire agreement, particularly with regard to armed militancy. “There has been little or no infiltration from across the Line of Control, and the number of militancy-related incidents in the (Kashmir) Valley has also seen a considerable decline,” he said.

Director General Police (DGP), J&K, Dilbag Singh also assured that the police, including security forces, won’t allow the peaceful situation in Kashmir to deteriorate in the wake of Taliban takeover of Afghanistan and will be tough on militants and their supporters. Speaking to reporters on the sidelines of his visit to District Police Lines (DPL) Bandipora in northern Kashmir, the DGP said: “We won’t allow the prevailing situation to deteriorate in the wake of Taliban’s takeover in Afghanistan.” The DGP also clarified that reports of some youths from the Valley joining the Taliban were fake news.

Former DGP J&K Shesh Paul Vaid said that the Taliban’s spillover into J&K may not happen quickly but there could be long-term impact on the region.

“Since they are now free, the Jaish and LeT militants from Afghanistan may be diverted by ISI to Kashmir. If there is no ISI, there won’t be any trouble in Kashmir because ISI is connected to all militant outfits including Taliban, Jaish, LeT & ISIS.”

Some members of the general population in Kashmir are of the view that given the geographical distance between Afghanistan and India, and the robust security at the border, the Taliban are less likely to succeed in infiltrating Kashmir, even if they wish to.

“In case foreign militancy sees a rise in Kashmir, they are less likely to survive for long, given the vast intelligence network that India, over the years, has built in Kashmir. Any militants here won’t have access to sophisticated weapons and would have to rely on traditional AK 47s or a few modern rifles,” said a 34-year-old economics student from south Kashmir’s Pulwama district who did not want to be named.

A political science student Shahnaz Khan said that the Taliban’s impact may be seen in Kashmir in the long run but not now. “Taliban is currently trying to get international recognition and support. The Taliban government is trying to set its feet and at this juncture, they cannot afford to talk about foreign matters for instance Kashmir,” said Khan.

Khan cited the example of how the Taliban in August wrote to the Directorate General of Civil Aviation in India, to ask for resumption of commercial flights between India and Afghanistan. Apart from people in the Valley, the all Parties Hurriyat Conference led by Mirwaiz Umer Farooq also reacted to the Taliban takeover and said the people of Kashmir empathize with the people of Afghanistan, even though there are differences between the two conflicts.

“The Hurriyat understands that no two conflict regions—Kashmir and Afghanistan included—are the same… However, we in Kashmir can surely empathies with the common people of the country who also have been living in a state of acute uncertainty for 40 years,” said Mirwaiz in a statement to the media.