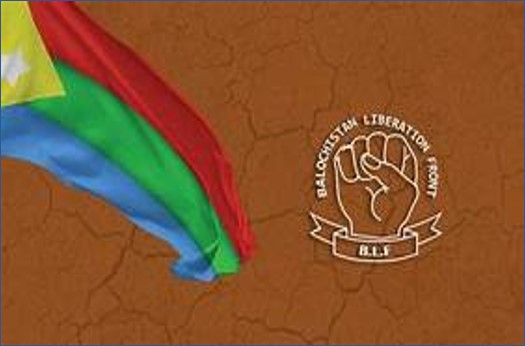 The core reason for establishment of Balochistan Liberation Front (BLF) has always been to reinstate the separate Baloch identity and regain motherland’s sovereignty from the occupier Pakistan. With its establishment, BLF along with armed struggle, began to create political and ideological awareness about the Baloch nation and has endeavoured  to bring Baloch people from all walks of life together to join the armed struggle, so that the massage consciously, politically and ideologically get involved in the resistance. Because, the struggle for independence is impossible without the participation of masses.

On the fundamental principle of freedom for occupied Balochistan, BLF is educating the Baloch nation to be ideologically and politically aware. Ideologically motivated BLF fighter, along with armed resistance are expanding the independence struggle with political awareness across Baluchistan.

Baloch nation  is now destroying of freedom for occupied Pakistan state’s Army and responding in a befitting manner  to their parliamentarian tools, death squad, religious extremist including countering the occupying state’s propaganda machinery and its fake narrative

Organization’s fundamental principle is to ensure vetting and educating BLF fighter enough so that the weapon in their hands must remain a weapon in the hands of a revolutionary and their steps may never sway defending motherland.

Today, across the length and breadth Of Pakistan-Occupied Balochistan, BLF’s brave fighters are present on the ground with their revolutionary weapon in defence of their country against Pakistan Army, federalists, local agents, informers, death squads, drug dealers and religious extremist is difficult. But at every given moment, BLF fighters are sacrificing their lives and vigorously leading the Baloch national struggle on the principles of the organization towards the ultimate goal.

BLF releases its Jan- June 2021 report card against the atrocities of Pakistan Army and its rogue intelligence agency ISI. BLF’s activities are published by Ashoob- the Baloch media conglomerate.

During the six months of 2021, the Balochistan liberation front (BLF) carried out eighty five lethal attacks on the occupying Pakistani forces and their facilitators. In these attacks more than ninety four Pakistani soldiers were killed and several dozens were injured. In one such attack their BLF sarmachaars (freedom fighters) targeted Pakistani State Oil tanker and inflicted heavy casualties to the tanker it’s crew.

Also over the last six months BLF targeted and killed ten members of Pakistan-backed squad. There were also attacks on the military construction company Frontier Work Organization (FWO) near Turbat Airport Chowk while they were building a road. The attack damaged the machineries and the operators were injured. BLF sarmachaars also attacked a military backed drug dealer and three from the Chinese telecommunication company (Zong). BLF also targeted a Chinese nationals in Lyari, Karachi whose was on government parole and was on a field tour Singh Solid Management Board (SSWMB).

BLF sarmachaars (freedom fighter) attack Pakistani forces and Chinese national as Pakistan and China are blatantly looting the natural resources of Balochistan and simultaneously exploit Baloch people. Rapes, target killing, abductions and other human rights violation is commonplace across Balochistan, The Baloch people have been fighting for independence from Pakistan’s illegal occupation since 1948.