Bleeding Kashmir : whose purpose does it serve? 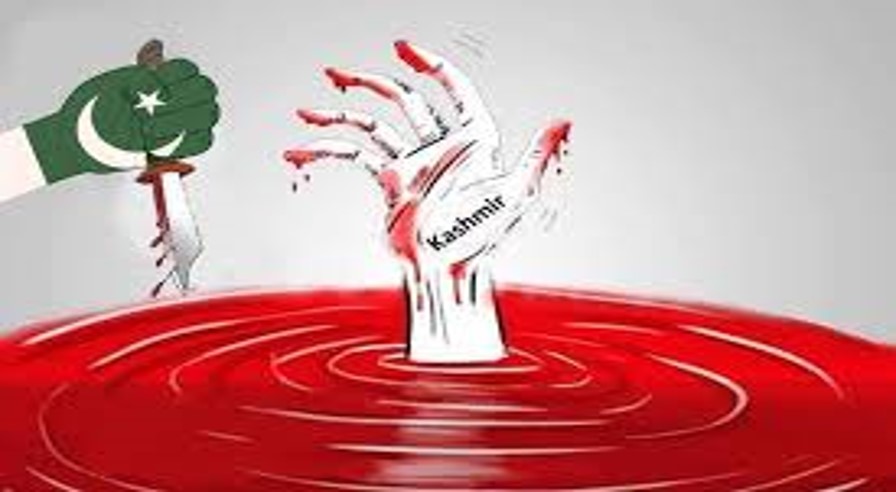 I recall when the then prime minister Atal Bihari Vajpayee visited Pakistan in 1999 and said, a stable, secure and prosperous Pakistan is in India’s interest.” The same sentiment was echoed by Vajpayee’s successor Dr. Manmohan Singh on many occasions during his first stint as prime minister. The sentiment and assertions by two political stalwarts of contemporary India stand vindicated even today. Pakistan is currently in mess socially, politically, and economically. Its chaos has an impact on the security scenario with India.

As Pakistani establishment has nothing constructive to offer to its people. It only invokes “enemy India” discourse to divert attention from the real issues facing its people. Pakistan is bleeding itself because of religious radicalization, sectarian violence, and a sinking economy. The point I am drawing home is in whose interest does a bleeding Kashmir serve. The answer lies in the events which started unfolding since 1st March 2022. There is a sudden spike in militancy, especially civilian killings.

Kashmir central has published a couple of stories in February based on inputs that ISI has directed militant groups operating in Kashmir to intensify the attacks on soft targets particularly panchs, sarpanch, and political workers. Kashmir Central also revealed that as part of this strategy grenade attacks at crowded places will increase. The strategy is to inflict maximum civilian casualties. It’s absolutely immaterial who is killed. It won’t matter to perpetrators if those killed are police personnel, political worker, a civilian, an elderly man, or a young girl of class 12th. The aim is to stoke a vicious cycle of violence and senseless deaths. Kashmir must remain in news for violence and bloodshed. Pakistan wrests its whole foreign policy on the premise that “Kashmir is bleeding”. It is this “bleeding Kashmir” premise which Pakistan places before the international community. Due to some historical events, the Pakistan is seen as a “stakeholders” in Kashmir. Its stakes rise when Kashmir bleeds. Pakistan has no stakes in normal and peaceful Kashmir. What justification it would give for interference in Kashmir if Kashmir is normal? How could it play victim before the international community if the boarders are silent?

Indian state on the other hand has every stake in a keeping Kashmir safe and normal. Its reputation as the largest democracy, commitment to uphold and safeguard rights of its Citizens, ambitions of being a global leader, the image of its armed forces, its economy are somehow connected to the peace in the Kashmir. Kashmir is a very small place on the geographic and political map of India, but stakes are huge. Indian state faces huge challenges in here as Pakistan has created its “assets” in Kashmir who are deeply entrenched in the society. It needs little efforts on the part of these assets to create chaos and mayhem on the streets of Kashmir. Throw a grenade, fire at an in armed civilian walking towards mosque, hit a political worker inside his house along with his wife The Indian state and security establishment, on the other hand, have to be vigilant round the clock to thwart these nefarious designs. There is a saying in kashmiri ,” reachhes doha, choors tchuha.”meaning The guard has to be vigilant for 24 hours while a thief needs a movement.

There are solid intelligence inputs suggesting that in coming summer Pakistan will do everything possible to keep Kashmir bleeding to serve its interests.