Beijing’s CPEC is the new East India Company in Balochistan 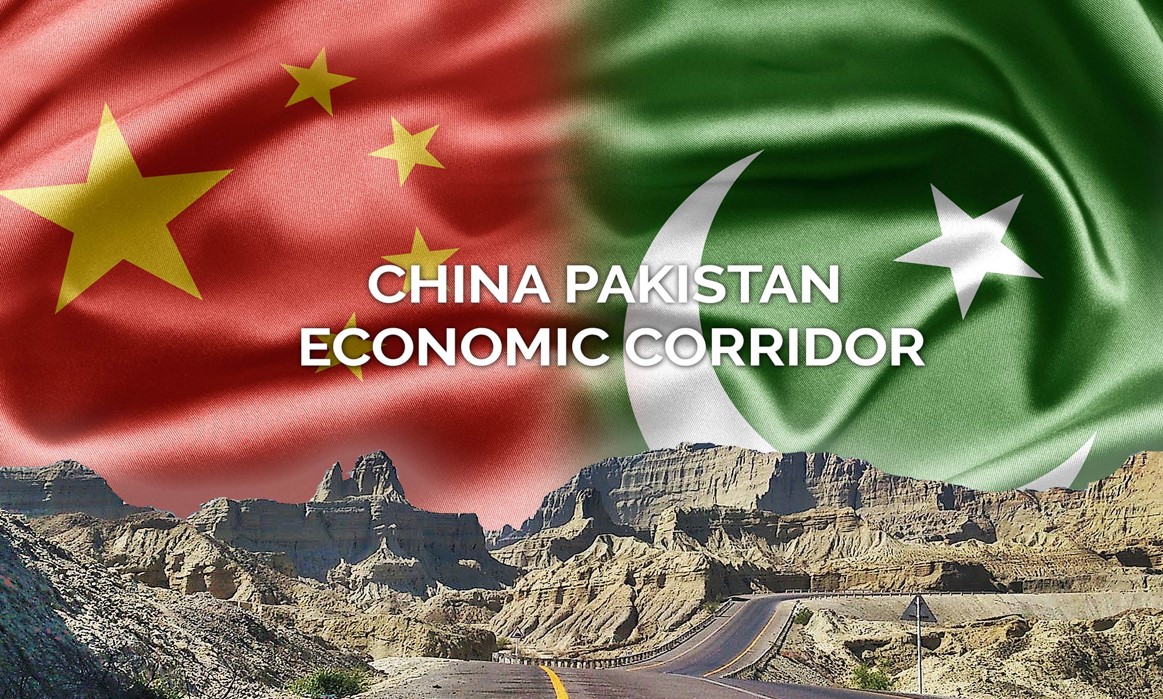 The words ‘colonialism’ and ‘neocolonialism’ are becoming more frequently heard in discussions about Balochistan and not without a reason. ‘Before it was the white colonists, now it is the brown colonists, it is the colony of the army establishment. It can’t be like that in today’s world, you can’t be colonised,’ said Suleman Khan once. But in Balochistan, even this is happening.

The Balochs maintain, and many international observers agree, that the CPEC, to put it simply, is the new millennium’s incarnation of the East India Company, and is adopting all its strategies of conquest. First come the merchants, then the soldiers and in no time at all one finds oneself a province of the empire. Pakistan has been a province of the empire for a while now, but seems to have difficulty in realising it. In its turn, it is trying to colonise its own people in the name of progress and development. At one time, the then Pakistan’s Minister for Development, Ahsan Iqbal said, ‘the economic corridor between China and Pakistan (CPEC) is as important as the nuclear weapons development programme and must not be politicised.’ He declared the government would ‘transform Gwadar into a model city-port like Dubai, Hong Kong or Singapore’ as part of a project, the CPEC, in which Islamabad would invest almost seven per cent of its GDP.

The project, born of a friendship ‘sweet as honey and deep as an ocean’ between China and Pakistan, is actually part of a far greater Chinese design, the ‘One Belt One Road’ (OBOR) or ‘Belt and Road initiative ’ (BRI) that aims to restore and widen the old silk Road.

In order to build highways and the port’s infrastructure, land has been expropriated without the rightful owners receiving a penny of compensation. Furthermore, the promised jobs have, in Balochistan’s case, gone to workers ‘imported’ from other provinces of Pakistan instead of to the local people. In the province alone, 15,000 soldiers have been deployed to ‘protect’ the Chinese workers and the investment. The Baloch maintain, however, that CPEC is not or not only an economic project but a military project too. In Hyrbyair Marri’s words, ‘Pakistanis and Chinese have been calling it an economic project to hide its military and strategic aspects. Because of Balochistan’s socio-political conditions, CPEC is not an economically viable project, which is well understood even by Pakistan’s military and political elite. NCDA and CPEC-authority are attempts by Pakistan’s military to directly control coastal areas of Balochistan where millions of Punjabi and Han Chinese people will be settled to secure their military bases and permanently colonise the areas by implementing demographic changes where secretly underground submarine bases and naval bases are being built.

In such a scenario, China could maintain bases in Balochistan’s coastal areas, in the same manner, Russia has been maintaining Kaliningrad in the heart of eastern Europe. Pakistan is turning Gwadar and other coastal areas of Balochistan into a Chinese Kaliningrad which already has the largest concentration of military cantonments and bases in the region and new bases are being built in Jiwani, Sonmiani and other areas. The Chinese- Pakistani nexus in the region, and their belligerence towards their neighbours, are known to everyone. Once CPEC’s military objectives are achieved, that is construction of bases in Jiwani, Ormara and underground submarine base in Sonmiani, which will help China and Pakistan to encircle India by sea. Geopolitically, Baloch will be the first casualty of the CPEC and then it will be India and the Western countries.’

Not only this, authoritarianism, human rights violations, disregard for environmental issues are only few of the ‘benefits’ attached to Chinese project. Dr Naela Qadri points out, ‘With the start of Gwadar Mega Project, life of Baloch women changed forever. They were totally unprepared for that prodigious disaster, coercive displacements, enforced disappearances, torture, rape, killings, mutilated bodies without organs, foreign flags, signs and settlers. Many women in Gwadar used to go into deep waters to fish. They told me in 2008, that the occupier was building walls in between their homes and the sea shore, that they were not allowed to enter the water to fish and that they were receiving orders to leave the area.

‘The thousands-of-years-old sense of owning the golden sands and silver beaches, suddenly became a nightmare, like a baby being snatched from the arms of its mother—our soil to exploit and loot. Ankora Kaur Dam is the source of fresh water supply to the Gwadar city. The dam was occupied by a Chinese company and 83,000 people of Gwadar are left to die of thirst. Lots of messages of women and children of Gwadar roaming in social media, appealing for water to drink. Environment is the first necessity for a woman to nurture her kids in safe air, soil and water, but unfortunately it is the last priority for the Pakistanis and Chinese landing on our pearl-like clean and beautiful coast with their dirty plans of bringing 500,000 settlers, which will not only destroy our demography and identity, but the environment too.

‘The Chinese and Pakistani trawlers are ruthlessly sweeping the Baloch sea. We never fish between May to August as it is time for the fish to reproduce, but occupiers give no value to our ecosystem. They are using wire nets in all seasons to catch every living thing in the water which is endangering the existence of several species and destroying the habitat. Coal fire electricity generation is another deadly initiative of CPEC. After polluting their own environment, the Chinese are installing their old, used coal power plants in Gwadar. This is a violation of Paris accord, but they didn’t give any importance to the UN conventions on nuclear non-proliferation, and performed five nuclear tests in Balochistan, hid nuclear weapons of mass destruction in Balochistan, no accountability. Why should they give any importance to Paris accord?’

And this does not happen only in Balochistan.

The same is happening in fact in Gilgit-Baltistan, another area under military occupation by government troops. Three quarters of the regions crossed by the China-Pakistan road of friendship are in turmoil. In Chinese Xingjian, the Uighur minority has been systematically crushed, and it is worth noting how Pakistan, usually so vociferous in expressing solidarity with fellow Muslims and their rights, has not offered a word of support to them. The corridor runs across Gilgit-Baltistan, where the state has excelled in repressing the Shiite minority, occupying the territory with its troops and showing complete neglect of the people’s needs. Passing through Pakistani Kashmir, another disputed land, it reaches Balochistan, whose citizens refuse to call themselves Pakistani or to recognise Islamabad’s authority over this province annexed by force when Pakistan was created. The separatists claim they have been forced into retaliation and attacks, and that they have contacts with other rebel groups in Pakistani Kashmir and Gilgit-Baltistan. Broadly speaking, this is the state of affairs and the declarations of Iqbal and the rest of his government count very little. The overwhelming majority of Balochs are convinced that the only beneficiaries of the project will be the Punjabis, as usual. above all, they have little faith in the state disguised as Father Christmas, nor the famous ‘sweet as honey’ friendship.

China already has Pakistan firmly under its control, both politically and economically, While Islamabad, increasingly isolated politically and ever more dependent financially on the goodwill of others, must dance to Beijing’s tune, like it or not.

Moreover, recently, Mir Hasil Khan Bizenjo, previously the Minister of Maritime affairs, revealed to the senate that Pakistan will get only nine per cent of total revenues from Gwadar Port. The remaining 91 per cent will go to China over the course of next 40 years, as per the agreement signed between the two countries. senators raised their concerns over this substantial imbalance of sharing assets, with China getting the most out of it, but as we all know by now, civilian institutions in Pakistan count for very little.

The Islamabad government, suffering from Indo-centric myopia is to all effects in the hands of a military needing an enemy at the gates to justify its existence. It sees the alliance with China and the creation of the CPEC as a hefty slap in the face for India. Further, it considers it a warning to Washington, perceived as guilty of becoming increasingly close to Pakistan’s historical nemesis.