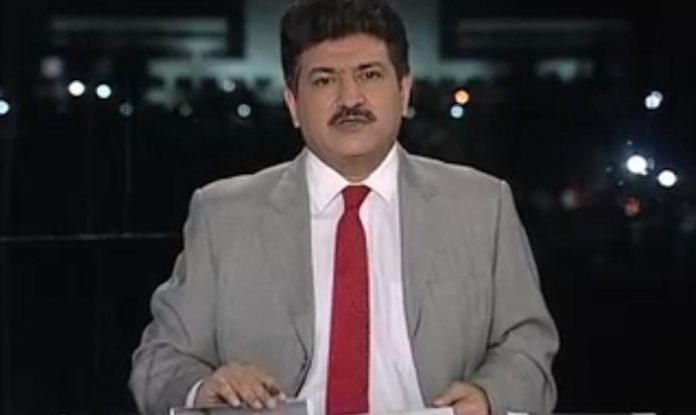 Many people are asking me a question for the last few days: “When will you leave Pakistan?” I am posing a counter-question to them: “Why should I leave Pakistan?” Some concerned friends fear for my life. They think I might be killed in a road accident or unknown people may attack me again, so it’s better to leave Pakistan.

But why are people asking me this question? Because my TV channel banned me after a speech I delivered last week in support of press freedom. I was also banned in 2007 by a military dictator — General Pervez Musharraf. The million-dollar question remains: Why was I banned by the number-one television channel in Pakistan that always champions press freedom?

I had only made a speech outside the National Press Club in Islamabad at a gathering of journalists, lawyers and civil society representatives. We had gone there to express solidarity with our journalist colleague, Asad Ali Toor, who was attacked a few days ago inside his Islamabad home by unknown armed people. The Islamabad Police had registered an FIR in which Toor pointed the finger of suspicion at the premier intelligence agency of Pakistan, the Inter-Services Intelligence (ISI). An injured Toor was also present at the protest and condemned the “victim-blaming” campaign against him. He said in his speech that some on social media are claiming that he was attacked by the brothers of his girlfriend. He said, “if that is true, the authorities must arrest them to negate my allegations”.

In my speech, I had only endorsed what Asad Toor had said, but I added that “if you keep breaking into our homes to assault us, we will also respond by making public whatever is happening inside your homes, since we don’t have guns and tanks like you”. Maybe I spoke too much. But I spoke too much because I have suffered too much. My colleagues are facing too much — attacks, pressure, and censorship. I neither named any person nor institution in my speech because I only wanted to tell these invisible people that “enough is enough”.

Pakistan is being run by invisible people under a hybrid system, but they are known to everyone. Therefore, Pakistani media is going through the most difficult phase since the country’s inception. Whoever dares to expose these invisible people is instantly declared “anti-State” by known proxies of the invisible forces in media and politics. Through my speech, I conveyed the message that stop attacking us, stop killing us, otherwise we will start naming you and you will no longer be able to hide behind your invisibility cloaks. Even though I don’t know much about Asad Ali Toor, his pain became my pain.

Bullets in my body

I had faced the same propaganda way back in April 2014 when six bullets were shot into my body during a fatal assassination attempt in Karachi. I am still carrying two bullets inside, but some ISI stooges claim even today that I had staged a drama. After the attack, then PTI chief Imran Khan said I was, am and will be his “favourite anchor”.

Almost two years before that assassination attempt, a powerful bomb was planted under my car in 2002. Tehrik-e-Taliban spokesperson Ehsanullah Ehsan had claimed responsibility for it. He was subsequently arrested in 2017 and was allowed to be interviewed by a journalist. Nobody interrogated him as to why he planted a bomb under my car. Three years later, in 2020, Ehsan escaped from the custody of the Pakistani security agencies under mysterious circumstances.

I have been denied justice every time, despite facing two deadly murder attempts. I lost my job twice for exposing greed and corruption. I had to face fake cases of murder and kidnapping. I had to face blasphemy charges in courts because I was supporting women’s rights through my writings. This is not my personal story, this is the story of over 140 media workers who had to die in the line of duty during the last three decades in Pakistan.

That was the background of my visibly harsh speech, which was not aired on any mainstream television channel due to the censorship the media faces today. My speech was never reported in any Pakistani newspaper. Geo News had nothing to do with my speech at the gathering organised by the Pakistan Federal Union Journalists. I never received any notice from a media regulatory authority or court of law about my speech. However, I was asked by the management of Geo Television to clarify my position about my “controversial speech”. They said that we are under tremendous pressure. I wanted to know who was pressuring them. But they had never named anyone. The channel simply told me that I was no longer going to host my show ‘Capital Talk’ from 31 May. It was not unexpected for me. I am expecting more. I am expecting treason cases. I am expecting physical attacks, but I will not leave Pakistan.