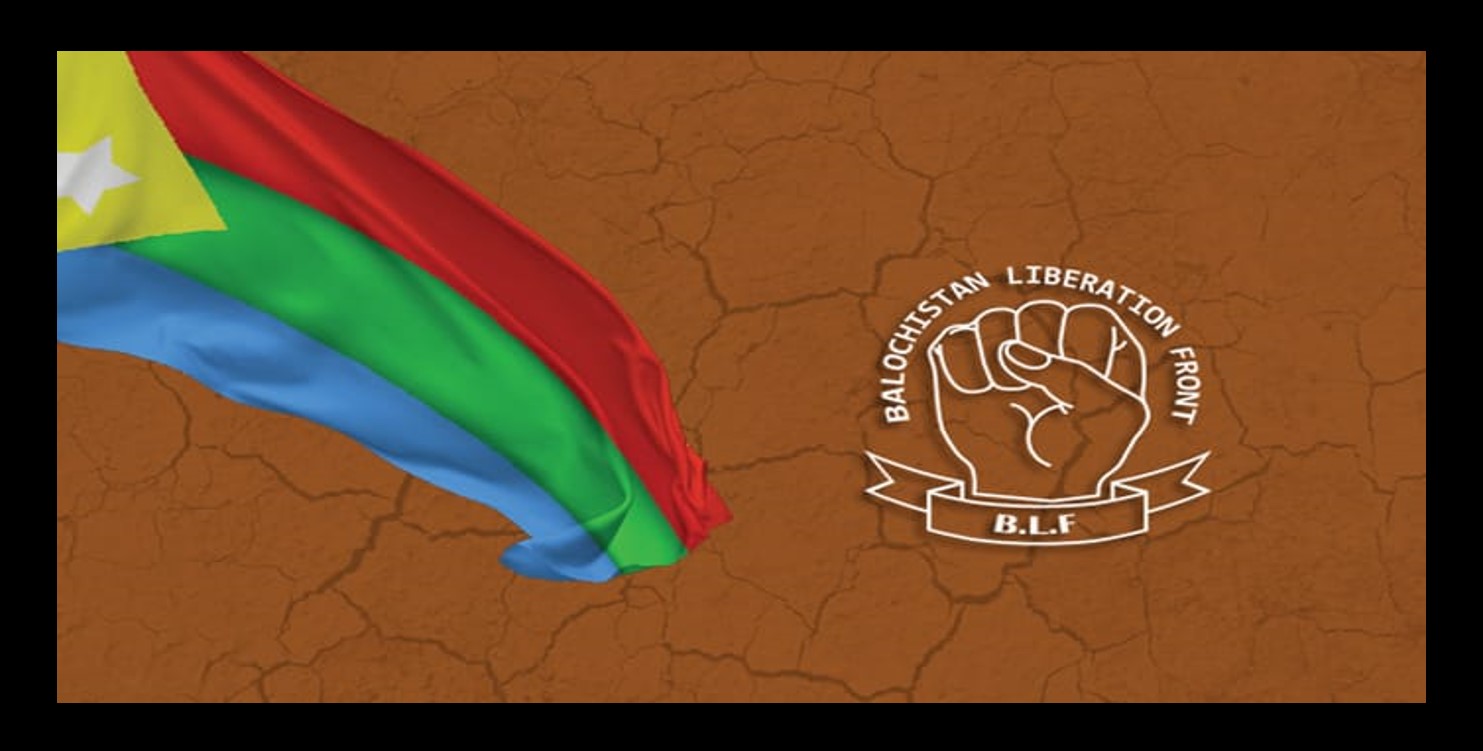 Background
Pakistan is composed of four provinces namely Balochistan, Punjab, Sindh, Gilgit Baltistan (PoK). Balochistan is the largest amongst the four provinces and least populated with 5% of total Pakistan’s population. The Province is bordered with Afghanistan in North, Iran to South West, Sindh, Punjab, Khyber Pakhtunkhwa and Federally Administered Tribal Areas (FATA) to North East and to the South lays the Arabian Sea. Balochistan is inhabited by tribal communities, Balochs being the dominant in number. It also has other communities like Pashtun, Brahui, Hazara, Punjabis and Sindhis. City of Quetta is capital of Balochistan which is situated in Sulaiman Range. The well-known Bolan Pass connects Pakistan to Afghanistan via Balochistan Quetta. Balochistan is a dry desert and mountainous area. The area has been under the rule of Afghans, Persians, Iranians, Mughals, Sikhs, British and also the local Sardars of respective regions. Balochs came into power in 12th century when they came together and formed tribal unions. In 1616 AD, Khan-I-Balochi became the ruler of then Baloch territory. When British colonised India, they utilised Baloch territory to act as buffer region between the fast-expanding Sovient Union by financing the group leaders. On 14th August 1947, the Pakistan was divided from India and the region of Balochistan geographically fell in Pakistan. Khan of Kalat declared Balochistan as an independent state but on 27 March 1948, the armed forces of Pakistan were succeeded in capturing it. Muhammad Ali Jinnah who once argued the case against British authority for Kalat’s sovereignty, himself ordered annexation of Kalat in Pakistan.

Economic Utility of Balochistan
Geopolitically and geostrategically, Balochistan is the important area of Pakistan. It is in position to provide access to the energy rich regions of Central Asian countries. It is very rich in minerals, natural resources like coal, zinc, lead, copper, oil, gold and has largest natural gas reserve. Baluchistan is being exploited heavily to provide economic support to all the provinces less itself.

Gwadar Port
Gwadar port is a strategically and economically important port for Pakistan which lies in Balochistan. The port is located in junction of oil trade and international sea shipping routes. The port was handed over to China in 2006 for their strategic goals and also to beef up Pakistan’s defence goals with respect to India. Over the last decade, many defence oriented projects have been initiated and concluded. Manufacturing industries, housing, warehouses have been installed but locals are deprived of all the benefits.

China Pakistan Economic Corridor (CPEC)
The project was proposed by China to connect Chinese Province of Xinjiang to Gwadar port. The project was signed between China and Pakistan on April 2015, and is worth 46 billion-dollar. The project has now been absorbed under Belt and Road Initiative (BRI) of China, which includes many projects of road, motorway, expressway, train service, solar, windmill and hydropower, fibre optics and infrastructure. Local inhabitants are not getting any benefits of these projects, which has led to restlessness among them. It has led to opposition and terror acts on Chinese officials employed there. Pakistan has also given Gwadar port to China for 40 years on lease, which arose a concern for local Balochs who saw this as threat to their demography. Balochs have opposed these projects stating it will bring demographic changes, and will turn them into minorities.

Marginalisation of Baloch’s
In multi ethnic, multi lingual society of Pakistan, minority groups like Baloch are being exploited the most. They have meagre participation of people in bureaucracy, politics, educational system, armed forces etc. Compared to other provinces, they lack schools and colleges. Pakistan Army being the powerful organisation in the state enrols negligible Balochs. Punjabis represent 40% of population and fills 90% of the forces. Textbooks being taught in schools present Balochs as uncivilized and illiterate. The Pakistan government has been using armed forces to suppress regional leaders and resistance groups, resulting in violence, mass migration, human right violation, deaths of civilian’s and defence personals.

Baloch Insurgency
Balochistan which was then princely state of Kalat, remained autonomous post division of India and Pakistan. But Pakistan mobilised its army and forced the Khan of Kalat to sign the instrument of accession. Prince Kareem Khan brother of Khan, refused to accept the accession. He declared Balochistan as an independent state and flew to Afghanistan. He took help from Afghanistan and began an armed rebellion. This marked as the beginning of insurgency in Balochistan, which continues to be fighting for their cause against the Pakistan government. Balochistan has faced five phases of insurgency from 1948 onwards. After the first phase in 1948, the insurgent has launched rebellion against the state several times vis-à-vis 1958, 1963-69 and 1973-77. In the third phase of insurgency started in 1973, about 55,000 Balochs insurgents fought against the Iranian and Pakistani forces. The fifth phase of insurgency against Pakistan state dawned in 2003 with guerrilla attacks by Balochistan autonomy driven groups, which later had evolved as freedom seekers. This wave of insurgency is focussed at Chinese megaprojects i.e CPEC, Gwadar port. There are five insurgent groups aka freedom seeking organisations, which are active as of now in Balochistan. The Balochistan Liberation Army (BLA) has been declared a terrorist body in 2006 by Pakistan government. Baloch Liberation Front (BLF), Baloch Republican Army (BRA), Lashkar-e-Balochistan, and Baloch Jhalawan Tiger have dawned to confront Pakistan government.

Baloch Liberation Front (BLF)
It’s a political front and military group founded by Jumma Khan Marri in 1964 in Damascus, Syria. It played a major role from 1968-1973 in Iranian Balochi Revolt fighting against Iran government with support from Iraq. The revolt ended with negotiation between BLF and Iran. Then, BLF turned its focus to independence of Balochistan from 1973-1977 and got support from Iraq covertly. On 10 February 1973, Pakistan forces raided Iraq Embassy in Islamabad and recovered small arms and explosives which were being supplied to BLF. In response to the rebellion, Prime Minister Zulfikar Ali Bhutto dismissed Balochi provincial government, stating their support to these freedom seeking organisations. As a result, defence forces of Pakistan were attacked by these freedom seeking organisations. In response to that, Pakistani Government deployed 80,000 troops in Balochistan against 50,000 insurgents. BLF was forced to take shelter in Afghanistan. While in Afghanistan, BLF got support from Soviet Union to restart Independent Balochistan Movement. The insurgency came to an end after Pakistan government imposed martial law in Blochistan on November 1977. From 2004, the group is back in action for Baloch independence. Since then, the group has carried multiple attacks targeting Pakistan government sponsored illegal projects in Balochistan.

Political Implication of BLF on Pakistan
BLF has been fighting for Balochs independence time and again. Pakistan has failed to take Balochs in confidence which led to formation of many freedom seeking organisations. These organisations had been fighting for the freedom of Balochistan. ISI and Pakistan Army which are rogue organisations have brought Pakistan in to the grey List of the Financial Action Task Force (FATF), as they have been providing safe heaven to many terrorist groups. Economy of the Pakistan has shattered. Strategically oriented projects of China which are under progress are vulnerable to resistance and attacks, which prevents China from introducing more of such projects. Pakistan’s political instability over time is debatable, whether it must adopt Islamic or secular government. In the absence of National Party, Pakistan government is dependent on Army and Civil services. Zulfikar Ali Bhutto became the PM of Pakistan after the fall of General Yahya Khan, but Bhutto’s party was never able to form a good political base owing to poor economic reforms and poor handling of Baloch crisis. Provinces like Balochistan and Gilgit Baltistan never got any political representation. Any political opposition from these provinces was snuffed by Army. Fluctuating government in the state can be reasoned to groups like BLF, it has resisted politicians working in the Balochistan province. Political system of the state seems to be in shackles. Nawaz Sharif came into power and was found to be highly corrupt with time. He suppressed the media from letting out the ground realities of his corrupt governance. Soon, the reign of Pakistan was taken by General Pervez Musharraf via military coup. Indian Prime Minister during his Independence day speech in 2018, has showed his concern over issue of Balochistan, and has also mentioned to put forward the same at International forums. BLF has succeeded in bringing the tragedies of Balochs to the international forum and in gaining attention of world. After the withdrawal of US from Afghanistan, Taliban have taken over. BLF who is fighting for independence in order to make a separate country i.e Balochistan may see this opportunity to get support from Taliban to topple the Pakistan government. BLF has been bringing out human right violation against the Balochs by the Pakistan armed forces. Cases of mass execution, rapes by the Pakistan forces on Balochs have been reported and found to be correct on ground. It’s high time, global community must look into the matters of Balochistan, and must force Pakistan for the formation of independent Balochistan. Balochs who are lagging behind since 1947 must be brought ahead with rest of the world.