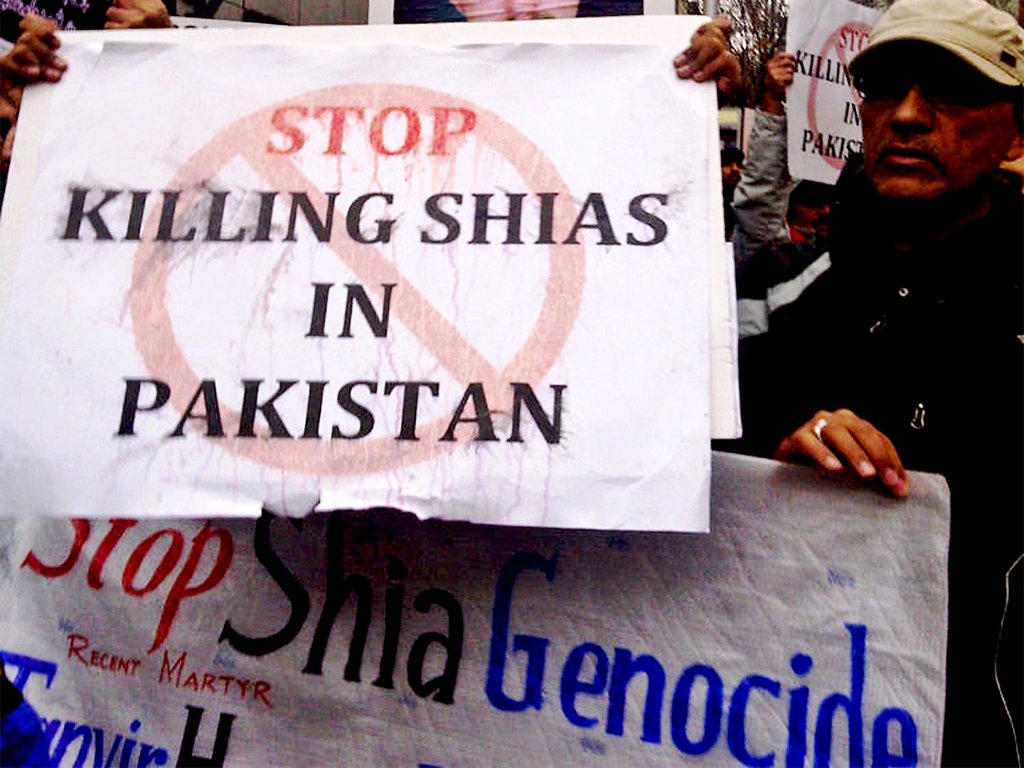 Horror has revisited the beleaguered Shia Hazara community once again. Early Sunday morning, 11 coal miners, all residents of Quetta’s Hazara Town, were barbarically slain in Balochistan mountainous Bolan district in an attack claimed by the militant Islamic State group. The men were apparently asleep in their mudbrick dwelling close by the mine that they worked when the assailants burst in, held them at gunpoint, and bound and blindfolded them. Later, they were killed.

The bitter reality is that the state has long abandoned the Shia Hazaras. In a cynically calculated move, it decided to turn a blind eye to violent extremists’ depredations against the community in the province as long as these murderous groups also served to counter the Baloch insurgency that began during Gen Musharraf’s regime. As a result, nowhere in Balochistan are the Hazaras safe, except for their barricaded ghettoes in Quetta. They have been blown up in suicide bombings and gunned down in the streets, their graveyards filling up with victims, many of them heartbreakingly young.

On the cusp of life, these innocents paid the ultimate price for the state’s monumental folly. As for the survivors, their livelihoods, educational opportunities, etc have been eviscerated. Those who can have sought asylum overseas. It is well known that the virulently sectarian Lashkar-i Jhangvi, which has a continued presence in Balochistan, works closely with the transnational terrorist group. Surely, in a province crawling with security and intelligence personnel, violent extremists such as these should not be difficult to track down. They could also be traced through the Ahle Sunnat Wal Jamaat, which also has an overtly anti-Shia agenda.

The Hazara’s are on a protest in Quetta after the killing of the 11 Hazara labourers in Mach. They have refused to talk to the provisional government and interior Federal minister Sheikh Rashid has flown to Quetta to talk to the protesting Hazara’s. The protest is organised by Majlis Wahdat-e-Muslimeen Pakistan (MWM), a Shia political organization. It is been argued that the security system in Balochistan is getting worst even after the posting of Frontier Corps (FC) that is supposedly stationed in the provinces of Balochistan and Khyber Pakhtunkhwa, to maintain law and order. The protestors blame that the FC check-post was removed just a few days before from the spot of the murder of the labourers.

The Geo correspondent Suleman Sharif from Quetta informed that the protestors will not move until their issues are resolved and are demanding the formation of a judicial commission. He pointed out that the FC has turned into an irreverent crop when it comes to the security of the minority communities in Balochistan. He also informed that the presence of ISIS has in the region has been flagged many times in the past but the provincial government did not take note and they are not ready to arrest the people, who are killing Hazaras and spreading terrorism.

Who will be responsible for these lives? The government repeatedly talks about the rights of Baloch people and claims that the prevalence of peace and order. If 11 people are brutally slaughtered in Balochistan and the government and PDM are involved in what can be called as a cheap cirrus of attacks and counter-attacks, it is so unfortunate for Pakistan! This circus must stop now. Claims of the establishment of law and order in the country and reports of breaking the back of the enemy have also been proved wrong. The enemy is executing its plan wherever it wants. Who will stop it? Words like exemplary punishment from law enforcement agencies also sound like a circus.