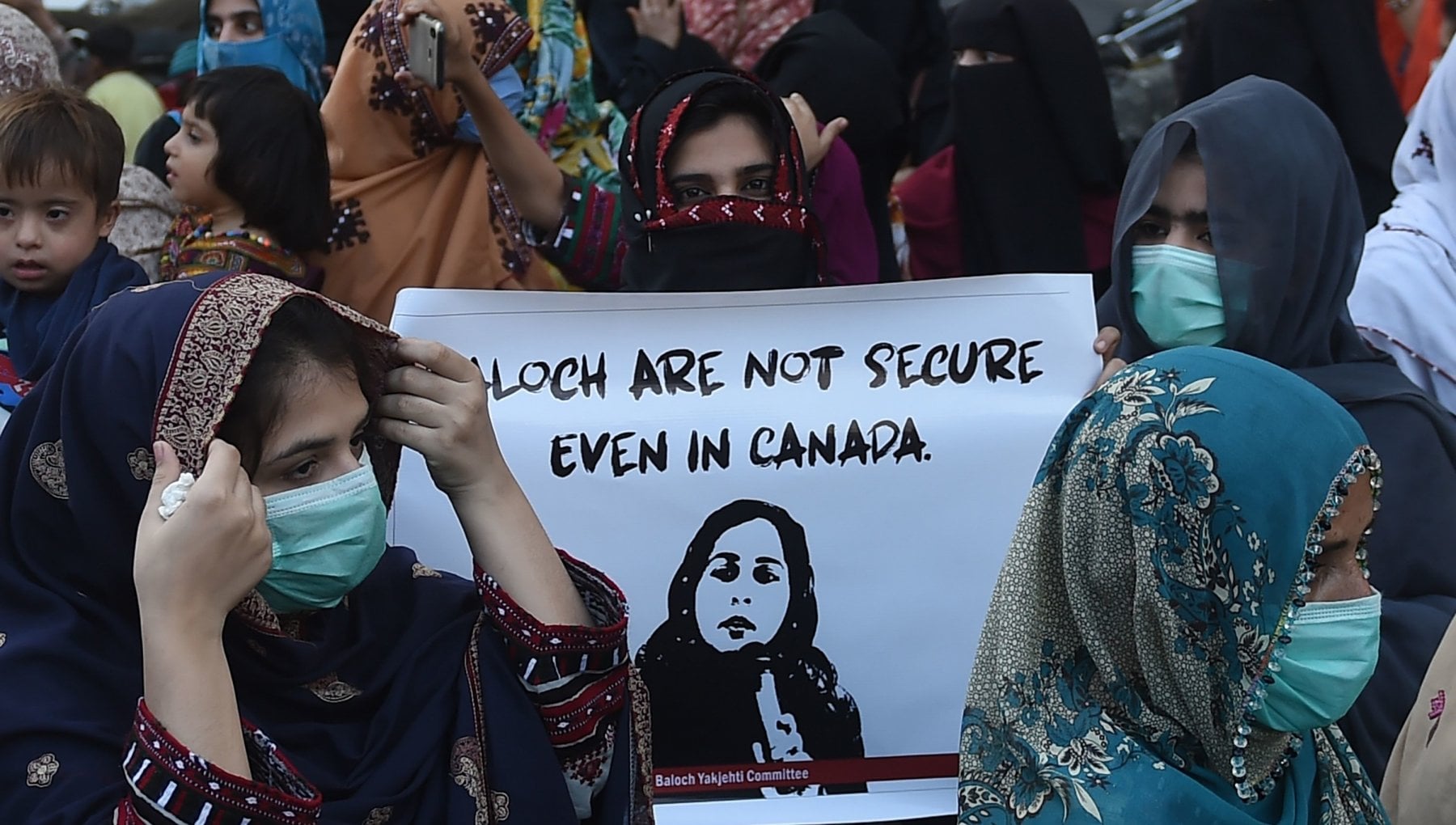 Some sad and disappointed [Baloch] mothers, sisters and daughters have come to Islamabad so that they can give their message to Prime Minister Imran Khan (about their missing relatives). Unfortunately, some of the ministers in Imran Khan’s cabinet have rather taunted these protesters. They have said these mothers could come and protest in Punjab as no one was going to check their IDs and shoot them in Punjab. But what about the mothers of those Punjabis whose IDs are checked in buses and killed in Balochistan.

The relatives of disappeared people in Balochistan had come to Islamabad as Pakistanis to meet and give a message to the Prime Minister of the country. But here, they are confused with the Balochistan-Punjabi issue. These protesters were removed from the National Press Club by the police when they arrived there last week. They had to take help from the administration of the National Press Club for sitting at the site. These Baloch protesters sat there for six days. They even requested the Chairman Senate Muhammad Sadiq Sanjrani to convey their message to the Prime Minister but nothing happened.

After the complete disappointment, these protesters started marching towards the parliament. The police tried everything to stop them. But how was it possible to stop a mother or a sister who was looking for their disappeared relatives! Our rulers started raising the Punjab issue. They forgot that cruelty has no religion and nationality. Neither the perpetrators of crimes nor their victims have any religion or caste. The Tehreek-e-Insaf led government should have resolved the issue of disappeared people by now. For not addressing the pressing issue, first Akhtar Mengal withdrew his support to Imran Khan and now some others are also unhappy.

The ministers have to think as Pakistanis, not behave as if they are ministers of their provinces. What if the people from small provinces start asking why are their leaders kept in the jails of Punjab not the other way around, what would these leaders say? Hate cannot be addressed by hate but with love. The victims of one province would have to stand in support of the victims of the other province. The law should be equal for all.