As Per New Map One Million Indian Troops are in Pakistan 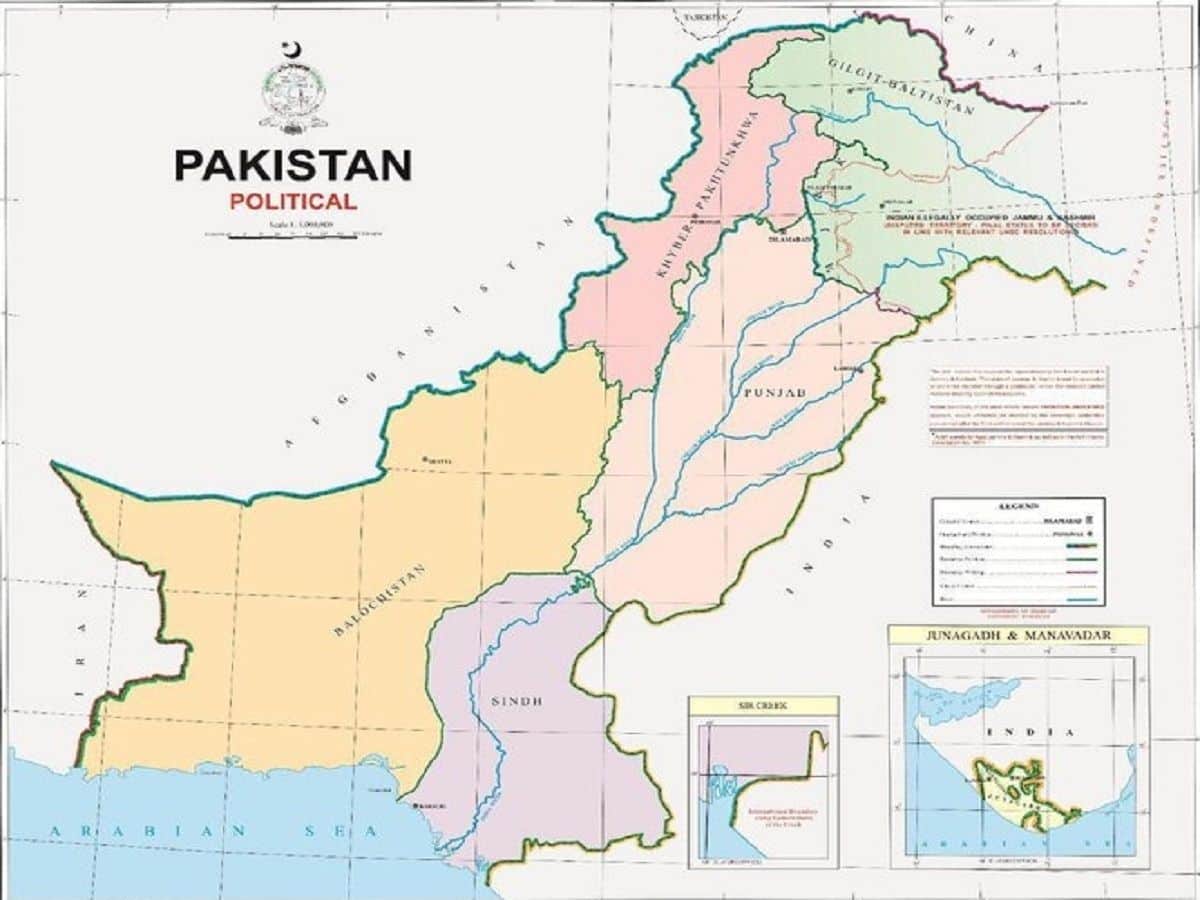 Pakistani political leaders continued to compose hymns, draw maps and make strides and Modi laid the foundation stone for the construction of a temple in place of the Babri Masjid. Whether it is the ruling BJP or the Congress or an alliance of different parties, their policy on Kashmir remains the same. But sadly, Pakistani leaders keep changing their policy on Kashmir. General Pervez wanted to make a deal by declaring the old formula of fragmentation of Kashmir as his new formula. But Niazi got the honour of arrogantly handing over Kashmir to India and engaging in paperwork here.

The conflict on our borders with India started from the partition itself. The cause of the conflict is the Nehru-Mountbatten duo. It was hard work and vision of Muhammad Ali Jinnah that a Muslim state could be carved out from India. Formation of Pakistan was a debacle for the “Akhand Bharat” idea of the Hindutva forces. Though the Hindu-Bania had no option but to accept the partition plan but they could never accept the existence of Pakistan. Nehru started to weaken the newly formed country of Pakistan immediately.

Radcliffe had decided that Ferozepur, Gurdaspur and the areas around it would go to Pakistan. But Nehru did not want him to give these areas to Pakistan because these could be used to stop water from flowing into Pakistan. Syed Afzal Haider in his book argues that it was Lord Mountbatten who tinkered with the Radcliffe award before declaring it on 17 August 1947. Mountbatten applied the same strategy on Jammu and Kashmir and did not allow the former princely state to join Pakistan. Otherwise, according to the basis of the partition, Jammu and Kashmir should have been part of Pakistan.

The online criticism from some people of the new political map issued by the Government of Pakistan is uncalled for. The new map is the true map of Pakistan. It has not only shown Kashmir as part of Pakistan but also shows the areas that Radcliffe had awarded to Pakistan in his original plan. Our claim on Junagarh has also strengthened. Despite the fact that the people of Kashmir want to be part of Pakistan and there are UN resolutions asking for holding a plebiscite in Kashmir, nothing has been done to help the Kashmiris to decide their fate.

Kashmiris have never accepted the Indian occupation and have been fighting for their freedom for the last seven decades. Modi-Sarkar had abrogated the special status of Kashmir to reject the true map of the region and also occupy “Azad” Kashmir and the Northern areas of Pakistan. So-called liberals in Pakistan criticized Pakistan’s new map which is strange given the history of the region. While it seems the changes on the map are designed to counter Indian propaganda, there are some questions the government should consider.

Firstly, why was the map issued at this juncture? Secondly, how far will this move go in forwarding the Kashmir cause? Rhetoric apart, it needs to be examined what moves are being made on the ground to end India’s brutal siege of IHK, and resolve the Kashmir question as per the aspirations of the region’s people. Pakistan has always argued that only Kashmiris can decide their destiny, and no changes can be imposed on them. Therefore, while the new map may be designed to express solidarity with Kashmiris, it needs to be reiterated that a final solution to the dispute can only be achieved after Kashmiris express their will in a democratic manner. However, regardless of these changes, the situation in IHK remains grim, with Kashmiris putting up with a year-long lockdown.