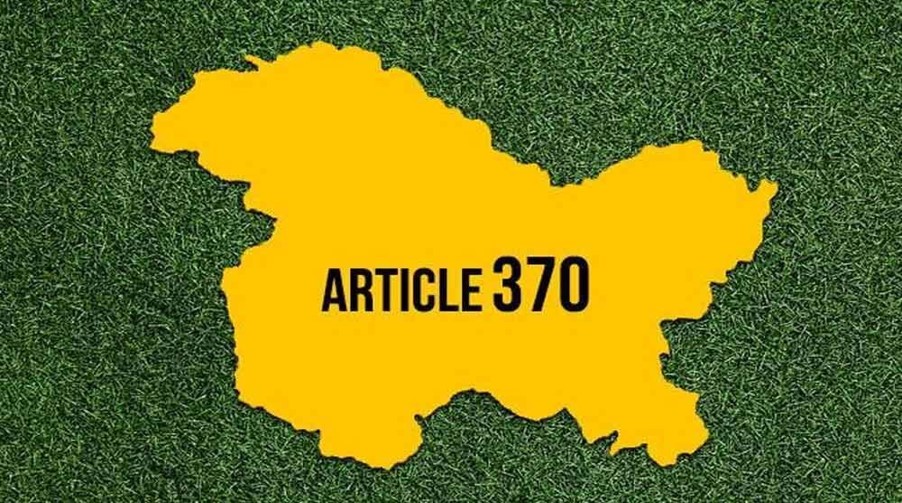 The relationship of the state of Jammu and Kashmir with the Union of India was forever changed this week, as the government in New Delhi removed Article 370. This alters the fundamental nature of Kashmir’s constitutional standing within the Indian Union. Across the border, Pakistan has taken great offense at this supposed ‘mass injustice’ of the Government of India towards Kashmiris. The Pakistan Army has threatened to “exercise all possible options to counter the illegal steps taken by India.” Regardless of which side of the political aisle you stand on, the Pakistan hypocrisy and faux outrage over the future of Kashmiris is breathtaking in its chutzpah, given that over the last seven decades they have steadily destroyed, dismembered and dismantled the part of Kashmir that is under their illegal occupation.

Gilgit-Baltistan, the northern most tip of the subcontinent, was forcibly captured by Pakistan weeks before Partition, as a result of treachery of British military officers of the Gilgit Scouts, who revolted with the help of the Pakistan army. While legally, the region would have ascended in its entirety to the Maharaja of J&K and thereby to India, Pakistan was quick to install a political agent in November 1947 as a puppet of the central government and has exercised administrative control over the region ever since.

Referred to as the Northern Areas up till ten years ago, the region finds no mention in any of Pakistan’s constitutions. Its political status is neither that of a province, nor an independent region. Until 1994, there were no party-based elections. Its legislative council was upgraded to a legislative assembly only in 2007 and in 2009 anyone who domiciled in the region became a citizen of Gilgit-Baltistan, not Pakistan. Therefore, the sudden anger of Pakistan citizens for Kashmiri Indians, is not only misplaced and misdirected, it is highly hypocritical.

One of the main arguments propagated by Pakistan is that the removal of Article 370 would lead to changes in Kashmir’s demography. However, in Gilgit-Baltistan this has been steadily happening for decades. The state subject rule, which enacted by Dogra rulers barred outsiders from seeking permanent residence in the Princely states, was removed by Zulfikar Ali Bhutto in the 1970s, with the deliberate intention of changing the demographic profile of the region. Over the years, the Pakistani state has encouraged the migration and settlement of different groups, especially Pashtuns and Taliban cadre to colonise the Shia and Ismaili dominated region, leading to a rise in sectarianism and religious extremism. The Pakistani establishment has also forced population displacement, masking it as a consequence of development by constructing dams such as the Diamer-Basha and Skardo-Karzura, forcing thousands of local residents to relocate, effectively killing local culture and identity. If Pakistan feels so compelled to speak up for Muslims in Kashmir, it should perhaps first question why its country has been silent towards cultural and religious repression of Muslims in China’s Xinjiang province.

Sectarian conflict between Shia and Sunnis are a creation of the Pakistani state. Zia-ul-Haq made numerous attempts to introduce Sunni-Deobandi Islam in the region encouraging radical militant groups such as Sipah-e-Sahaba to suppress the Shias and Ismaili populations. Through the years, clashes between the groups have become an unfortunate regular occurrence, involving the destruction of homes, businesses, lynchings, targeting of Shia clerics, policeman and local representatives.

Pakistanis were up in arms lecturing India on democratic principles, after the temporary house arrest of certain Kashmiri politicians. This was while Pakistan has imprisoned Ali Wazir and Mohsin Dawar, two sitting members of parliament for their involvement in the Pashtun Tahafuz Movement (PTM), a non-violent civil rights movement for Pashtuns. The establishment has spun a story, trying to link Wazir and Dawar to an attack on an army check post in Waziristan in a brazen attempt to discredit the Pashtun movement and paint the two lawmakers as aggressors. The government known for its stifling of dissent, arrested opposition leader Maryam Nawaz on charges of money laundering, a day after she spoke up against the Imran Khan government and their handling of the Kashmir issue.

The ‘freedom’ given to the Pakistani media resembles an Orwellian dystopian novel. Within the last year there has been repeated muzzling of the national media. Pakistan’s electronic media regulatory body issued a notice in December 2018 ‘advising’ media houses to avoid excessive coverage of crime reporting, violence, sexual abuse and terrorism so as to not build a negative image of Pakistan around the world. Television anchors who questioned the arrest of Nawaz Sharif and his family or the transparency of the general elections have been asked to leave their jobs. In the last month, Pakistan Broadcasters Association has taken three channels off the air without reason. It has issued notices to 21 TV channels that aired opposition leader Maryam Nawaz’s press conference. Former president Asif Ali Zardari’s interview with a private news channel was pulled off the air minutes after it had begun. Those journalists that have covered the PTM rallies and protests have had cases filed against them.

This is not to say that the Indian media is absolutely faultless and unbiased, but that they operate in an environment that allows them the opportunity of openly criticise the government. This can be best highlighted by acknowledging the many different voices and opinions that have emerged in the last week over the changes in Kashmir. There have been those that have hailed the government for its actions just as there have been news organisations and journalists who have been equally critical of the move.

The consequences of the removal of Article 370 will only surface in the months and years to come. Whether this will truly be a positive transformation in the lives of Kashmiri Muslims and Hindus, only time will tell. However, the intention behind removing Article 370 has been to encourage further investment and improve the security in Kashmir. In Pakistan unfortunately, the administrative and political reforms in Gilgit-Baltistan over the years have been to ensure the region is adequately prepped for the Chinese to consolidate their foothold. Therefore, before the common Pakistani citizen declares their great disappointment with the Indian government, they should consider that an alternate way of showing solidarity would be to look towards Islamabad and Rawalpindi to correct their own historical wrongs.