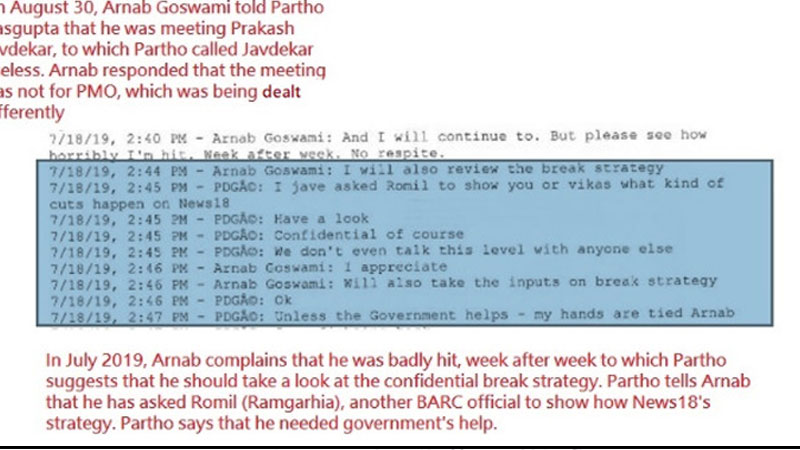 Indian journalist Arnab Goswami’s WhatsApp chat has brought the fact to light that the Pulwama attack on an India forces convoy, 14 February 2019, was carried out by the Modi Sarkar. 40 Indian forces were killed in the attack.

Pro-Modi Indian journalist Arnab Goswami was arrested a few months back for provoking a person and his son to commit suicide. On Arnab’s arrest, Modi-sarkar became active to save him and he was given bail by the Supreme Court of India.

In the preparation of his election campaign for the 2019 general elections in India, Narendra Modi clearly hinted that his anti-Pakistan rhetoric was crucial for his re-election. Such rhetoric made it clear that he might attack Pakistan to garner the support of Hindutva votes back home. Joyous over his spectacular victory in the elections, Modi went ahead and abrogated the special status of Jammu and Kashmir, which was strongly criticized across the world.

Modi-Sarkar has been involved in sponsoring terrorism in Pakistan to destabilize it. Pakistan has strong evidence of R&AW’s involvement in every single terror attack in Pakistan for the last two and a half years. Besides, many international organizations have also exposed India’s support for terrorism. It was on these strong proofs against India that an American journal labelled India as the world’s number terrorist two months ago (?).

WhatsApp chat of Arnab Goswami has cleared the remaining doubts in people’s minds. There should be no delay now in putting India in FATF blacklist and imposing sanctions on New Delhi. If the international community continues to adopt a reconciliatory approach towards India, the latter would destroy regional and world peace.