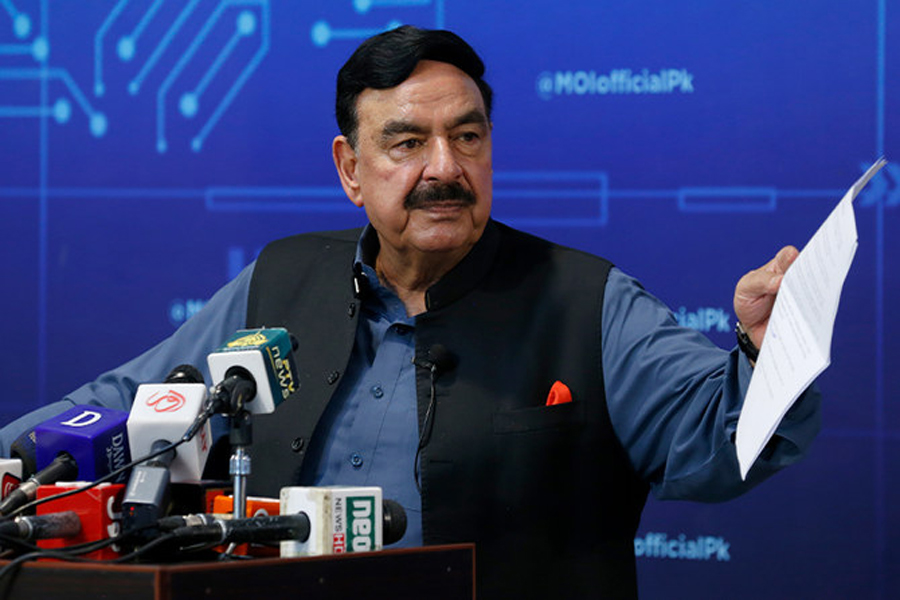 ISLAMABAD: Interior Minister Sheikh Rashid Ahmed has said that Pakistan has moved the Frontier Constabulary, Levies Force and other militias from the front line positions along the Pak-Afghan border as the army has started to man those positions.

He said the FC Baluchistan and other militias working under the interior ministry had been called back from border patrolling.

“Now regular army troops are manning the border after replacing the paramilitary forces,” the minister said, adding the decision had been made in wake of the volatile situation across the border.

Talking to Dawn, Mr Ahmed said the situation not only demanded containment of influx of refugees from Afghanistan but also entry of armed army personnel and militants into Pakistan.

“Paramilitary troops including the Frontier Constabulary, Levies, Rangers are deployed at the borders to deal with regular issues including illegal border crossing, smuggling etc,” the minister said. “However, the current volatile situation (in Afghanistan) demands that regular military troops be deployed along the border.”

Military spokesperson Maj Gen Babar Iftikhar too recently said at a TV channel that troops were manning the border and the move would help prevent escalation of conflict from the Afghan soil or airspace to the Pakistani side.

Meanwhile, sources in the armed forces said that the most serious challenge in the current scenario was not just the inflow of refugees or any infiltrators in the garb of refugees but the movement of Afghan army personnel or Taliban fighters.

“We have seen that more than 1,000 Afghan soldiers fled into Tajikistan early in July to escape clashes with Taliban,” an officer said. “But Taliban’s presence in the northern areas of Afghanistan is not as strong as it is in the areas bordering Pakistan. Therefore, if Afghan army troops enter Pakistan while fleeing fighting, there are chances that Taliban would follow them and the conflict would spill over inside Pakistan, and it could spread to the mainland too.”

Pakistan and Afghanistan have already traded barbs last week after Taliban took control of the Spin Boldak border crossing, and the Afghan air force wanted to attack Taliban positions from the Pakistani side, which was not allowed by Islamabad.

“Pakistan does not want to see any such situation when the Afghan air force might use our airspace without permission to attack Taliban and in retaliation the militants attack Pakistani positions creating a new issue,” the officer said.

Meanwhile, responding to a question, the interior minister said that the fight inside Afghanistan was their internal matter and Pakistan was not taking any side and had no favorites.

“It is time that the Afghan politicians and their military leadership learn to deal with their issues,” Sheikh Rashid said. “We do not want to see that Pakistani soil is used in any way or by any side in the Afghan conflict, and we have assured the Afghan leadership of this policy.”

There are two key border crossings between Pakistan and Afghanistan— at Chaman in Baluchistan and Torkham in Khyber Pakhtunkhwa — apart from several small trading points.

About 90 per cent of 2,640km border with Afghanistan has been fenced by Pakistan and security posts have been established along with it for effective border management.

The government has also announced its changed policy on the influx of refugees due to fighting in Afghanistan and for the first time, Pakistan will not welcome any more refugees.