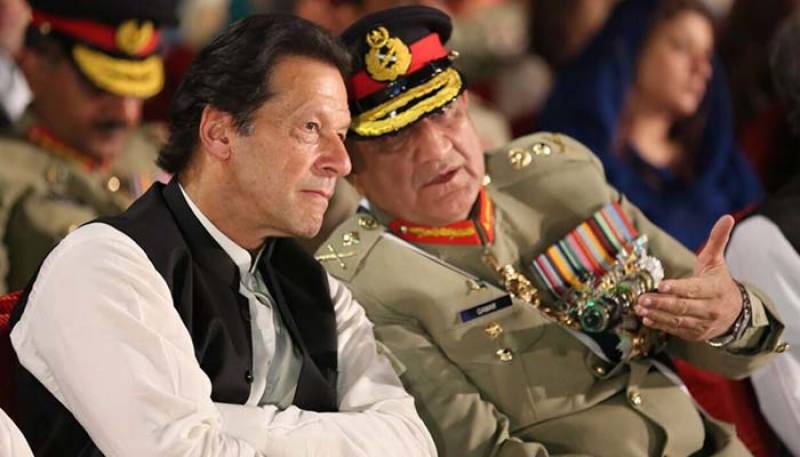 ISLAMABAD – Chief of Army Staff General Qamar Javed Bajwa on Thursday said Pakistan would not give airbases to the US.

He expressed these views while responding to questions put by political leaders who had attended a military and intelligence briefing to parliamentarians on national security and the Afghanistan situation.

“You should have put this question to the government. Why have you asked this from me?” Gen Bajwa said when first questioned on the military’s position on this issue. Later, the COAS stood by the government in saying no base would be given to the US.

Pakistan publicly refused to give military bases to the US for operations inside Afghanistan after the withdrawal of foreign forces from the war-torn country.

Washington had requested Islamabad’s help to keep a check on the situation in Afghanistan and stop it from falling into the hands of terrorists.

A day earlier, Prime Minister Imran Khan in his address on the floor of the National Assembly had said Pakistan could be a partner in peace with the US but not in conflict. He had underlined that Pakistan became a target for militants when it joined the so-called US-led war against terror and sent its army into the tribal regions.

On Thursday, the military gave a detailed briefing to the political leadership on the worsening situation in the neighboring country and its impact on Pakistan.

The meeting was chaired by National Assembly Speaker Asad Qaiser and involved a briefing by the Director-General of Inter-Services Intelligence (ISI) Lt Gen Faiz Hameed.

According to an official statement issued after the briefing, the session was informed that Pakistan played a highly positive and responsible role in the Afghan peace process.

“Pakistan’s efforts paved the way for dialogue between Afghan factions and warring groups,” the meeting was told, while it was also noted that due to Islamabad’s efforts, meaningful talks have begun between the US and the Taliban.

“Sustained peace and stability in Afghanistan will lead to stability in South Asia,” the meeting was informed.

The participants were further told that Pakistan would welcome a government that was truly representative of the Afghan people and that it would continue its responsible role for peace in Afghanistan.

“Pakistan’s territory is not being used in the ongoing conflict in Afghanistan and we hope that Afghanistan’s land is not used against Pakistan,” the DG ISI had said during the sessio