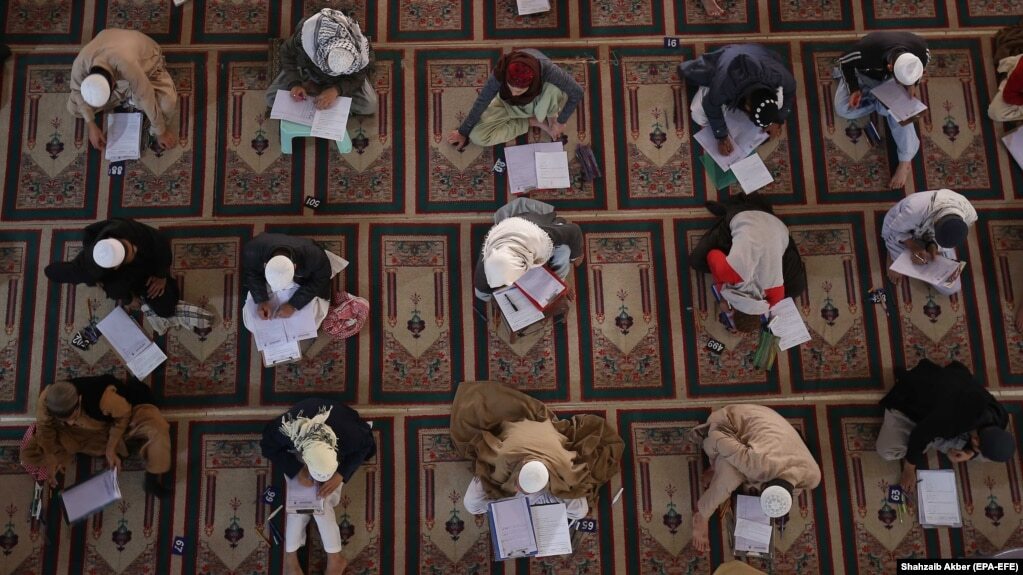 A new bill making the study of Arabic compulsory at Islamabad’s schools has rekindled a debate over whether the Pakistani capital should mold the country’s diverse population into an Islamic nation or embrace being a multicultural state.

The unanimous adoption by the Senate, or upper house of the Pakistani parliament, of a bill mandating the teaching of Arabic at all educational institutions in Islamabad, has provoked an emotional response. In a country that struggles to reconcile diversity in its Muslim-majority population, the move highlights questions about Pakistan’s true identity that have loomed since its independence more than seven decades ago.

“From day one, the state of Pakistan has been trying to enforce an artificial culture to end diversity within the country by negating its status as a multiethnic, multilinguistic, and multicultural country,” Senator Raza Rabbani, a leader of the secular Pakistan Peoples Party (PPP), told lawmakers late on February 1. “But cultures cannot be promoted artificially.”

“The state has been trying to impose an Arab culture in Pakistan,” he added. “But Arab culture is not my culture. My culture is that of the Indus Valley civilization,” he said in reference to a prehistoric civilization that flourished in parts of today’s Pakistan between 7,000 and 600 B.C.

While listing off its temporal and spiritual benefits, the proposed law — formally called the Compulsory Teaching of Arabic Language Bill 2020 — calls for the mandatory teaching of Arabic at primary and high schools.

“Besides having religious importance for Muslims, Arabic is among the five largest spoken languages of the world,” the bill says. “Thus, knowledge of Arabic language will not only enlighten the understanding of Islam and the message of the Holy Koran, but it will also broaden the employment and business opportunities for the citizens of Pakistan,” the authors added, noting that millions of Pakistanis need Arabic to improve their employment prospects in oil-rich Arab Gulf states.

“You need Arabic to become a good Muslim because you will need Arabic to understand the message of Allah,” he told lawmakers, arguing that it was futile to even debate the issue in a country created on the premise of being the homeland of Muslims of South Asia.

But Rabbani questioned the bill’s preference for promoting a language that few Pakistanis speak as of their native tongue but are familiar with because of their religion. “Even our constitution does not offer a time frame for promoting our native languages such as Sindhi, Balochi, Pashto, and Punjabi — all languages that are intrinsic to our identity,” he said.

Such arguments mark a recurring struggle in Pakistan’s 73-year history wherein military dictators, zealous civilian bureaucrats, populists, and firebrand Islamist politicians have attempted to impose an overarching Islamic identity on a population that speaks dozens of languages and hails from even more ethnicities whose geographical, historical, and cultural roots connect them to both South and Central Asia. The country’s 220 million population is religiously diverse, too: Muslims follow most major sects within Sunni and Shi’a Islam while a sizeable non-Muslim minority practices close to a dozen faiths.

The periodic drives to Islamize Pakistanis through legislation, education, and adopting cultural and social practices have sparked opposition from minorities, ethnonationalism, and secularists. The imposition of Urdu in the early 1950s as the singular national language is now seen to have led to the birth of Bengali nationalism, which resulted in the separation of East Pakistan as independent Bangladesh in 1971. Islamization efforts coupled with harsh laws by a military dictator in the 1980s attracted widespread opposition.

“It is an old debate with potentially explosive consequences,” Farzana Shaikh, a Pakistan scholar at the Chatham House think tank in London, told Gandhara. “This is related to the question of uncertainty about the relationship between Islam and the state of Pakistan.”

In her book Making Sense of Pakistan, Shaikh delves into the question of Pakistan’s identity. She says that while the Pakistani state has been inept in dealing with ethnic and linguistic diversity, the country today is highly unlikely to become Arab.

“The idea that Pakistan is going to become some expression of a South Asian Arab polity is really not something people are ready to buy [into] in Pakistan today,” she noted. “There is still this question of which particular Islam the state of Pakistan is meant to express or project, and that question will remain regardless of how well we address or settle questions of ethnic and linguistic diversity.”

Some scholars see the ongoing debate more as an effort to deflect attention from other issues than a concerted effort to promote Arabization.

“It is yet another [example] of fake religiosity being used to cover up the smell of bad governance,” Pervez Hood boy, a physicist, and leading public intellectual, told Naya Daur, a Pakistani news website. “The bill passed by the Senate is a reminder of the abdication of control to men with guns,” he added, alluding to Islamabad’s murky dealings with the Taliban and allied Islamist militants who controlled large swaths of territories before 2014 in the country’s northwest.

The bill is yet to be discussed in the National Assembly, the popularly elected lower house of the parliament. Some members have indicated they are likely to push for a key amendment requiring schools to offer Arabic as an optional subject.