And how much more patience Mr. Prime Minister! 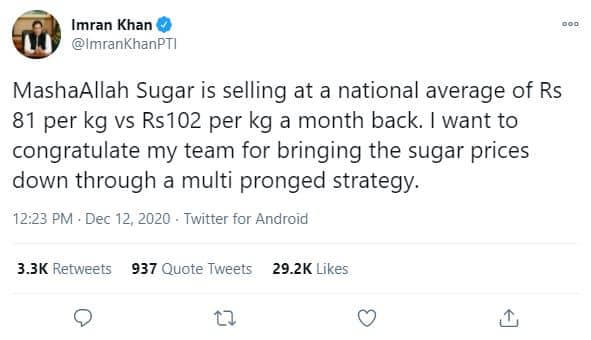 For 70 years, the Pakistani rulers have maintained a system of deception and looted the people of the country. After Quaid-e-Azam and Liaquat Ali Khan, the purpose of their coming to power has been to make money or to develop one’s family business. All these rulers assured and reassured the people and begged the people to have some patience as Pakistan was on the path of becoming a powerful country. Zulfiqar Ali Bhutto, his daughter, and son-in-law also continued to make Pakistan a developed country. However, whatever progress has been made in the country is to meet the requirements and needs of rulers or foreign powers. All the previous rulers had given the same advice in the past that Prime Minister Imran Khan has been giving to the nation now “to be patient”.

In the two years of the PTI government, people do not have access to clean drinking water. There is no electricity, no fuel; the roads are in ruins, and the trade is sinking. It would have been better if Imran Khan Niazi had also told the nation how long they should have patience. The last two and a half years have been wasted on Nawaz, Sharif, and Asif Zardari. But still, the government could not harm them and the PM is still saying that weak people are in jails here and big thieves are in London. So who is responsible for this? Who are they calling big thieves now? Were they not sent out of the country by this very government itself? Now the game of blaming each other is going on.

The patience of the nation is running out. The PTI government has now ended up generating public sympathy for those who have betrayed the people in the last four decades. Individuals who were already considered corrupt and incompetent, the PTI government has made them look better by setting an example of incompetence and corruption. Sadly, Imran Khan and his team do not even know which direction they should take. Asking for ‘patience’, after wreaking havoc in the country, is a cruel act. The Prime Minister should be serious and stop calling the critics of his government ‘traitors’. He should try to solve the problems, otherwise, the people will regard the so-called big thieves either in London or behind the jails as petty ones!