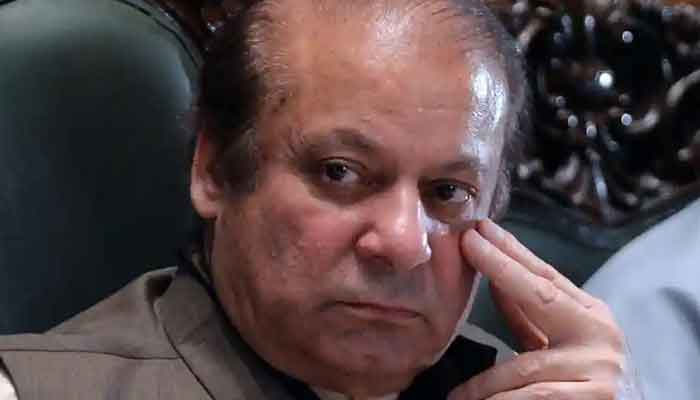 The court order read: “Since appellant is fugitive from law, hence has lost his right of audience before this court and we are left with no choice except to dismiss his appeals.

“The instant appeal is dismissed.

“Appellant may file an application before this court, as and when he surrenders or is captured by the authorities, for decision of the appeal on merits.

“Needless to observe that the said application, if and when is made, shall be decided in accordance with law.”

A division bench of IHC, comprising Justice Aamer Farooq and Justice Mohsin Akhter Kiyani, issued a nine-pages judgment this day, which the bench had reserved last day after listening the arguments from NAB prosecutor and amicus curiae.

The court order said: “The appellant was provided fair trial and now has absconded from justice at the time of hearing of appeal.

“Mian Muhammad Nawaz Sharif was provided a fair trial in as much as learned trial court provided him opportunity of hearing as well as cross-examining the prosecution witnesses and only after the proper trial, his conviction was recorded; he despite being on bail, proceeded abroad and did not appear before this court and without any justification, remained absent on a number of dates.

“Hence this court was left with no option but to follow the procedure as provided in Code of Criminal Procedure, 1898 and declare him as fugitive from law.”

The former prime minister was sentenced to 10 years in prison and slapped with a £8 million fine (Rs1.3 billion) in the Avenfield properties reference while the trial court announced a seven-year jail along with Rs1.5 billion and $25 million fines in the Al Azizia Steel Mills reference.

The former prime minister had filed appeals to IHC against the decision of accountability court.

The IHC suspended the verdict in Avenfield property reference and later granted bail to Nawaz Sharif in Al Azizia Steel Mills reference allowing him to travel abroad for medical treatment.

However, he skipped multiple hearings deliberately and refused to surrender despite repeated court notices.