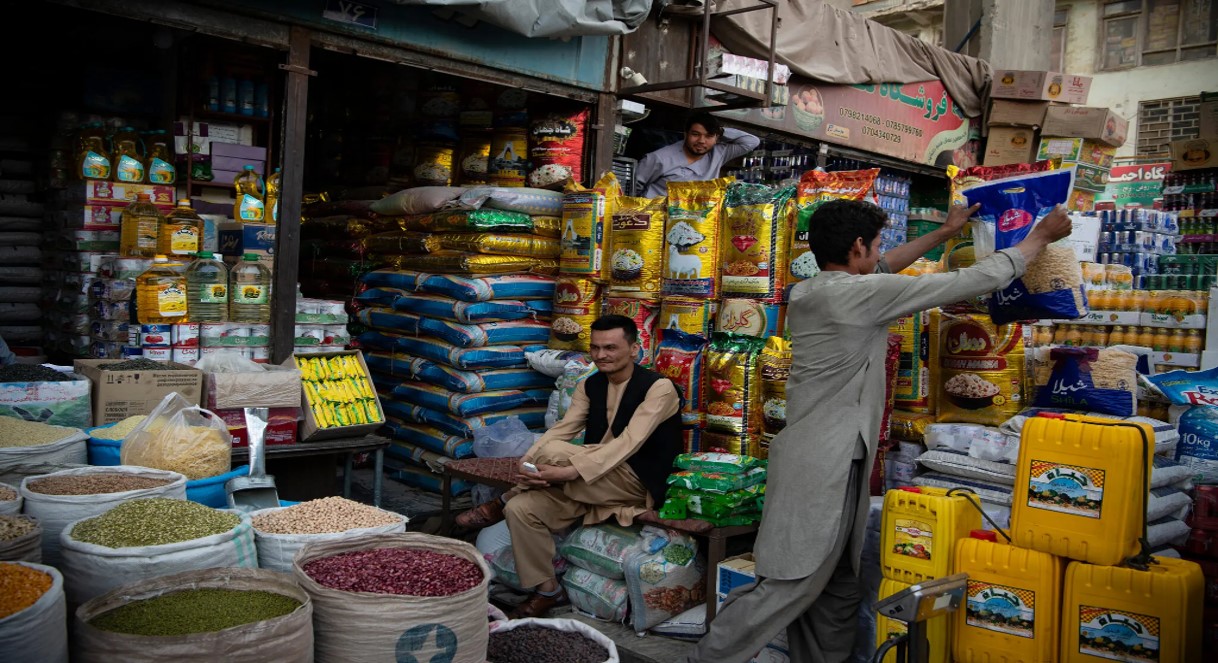 Over the course of an hour on a recent night, the bus waiting in the Herat station filled with passengers. Mostly young men, they had no luggage, just the clothes on their backs, maybe a bag with some bread and water for the long road ahead of them. That road is leading them to Iran.

Every day, multiple buses rumble out of Afghanistan’s western city of Herat, carrying hundreds of people to the border. There they disembark, connect with their smugglers and trek for days, sometimes crammed into pickup trucks bumping through wastelands, sometimes on foot through treacherous mountains in the darkness, eluding guards and thieves.

Once in Iran, most will stay there to look for work. But a few hope to go farther. “We’re going to get to Europe,” said Haroun, a 20-year-old sitting in the bus next to his friend Fuad. Back in their village there is no work. “We have no choice, the economy here is a wreck. Even if it means our death on the way, we accept that.”

Afghans are streaming across the border into Iran in accelerating numbers, driven by desperation. Since the Taliban takeover in mid-August, Afghanistan’s economic collapse has accelerated, robbing millions of work and leaving them unable to feed their families. In the past three months, more than 300,000 people have crossed illegally into Iran, according to the Norwegian Refugee Council, and more are coming at the rate of 4,000 to 5,000 a day.

The European Union is now bracing for a potential swell in Afghans trying to reach its shores at a time when EU nations are determined to lock down against migrants in general.

So far, a post-Taliban surge of Afghan migrants to Europe hasn’t materialised. Afghan entries into the EU have “remained mostly stable,” according to an EU weekly migration report from 21 November.

The report noted that some Afghans who arrived in Italy from Turkey in November told authorities they had fled their country after the Taliban takeover.

But a significant portion of migrants likely intend to stay in Iran, which is struggling to shut its doors. It already hosts more than 3 million Afghans who fled their homeland during the past decades of turmoil.

Iran is stepping up deportations, sending 20,000 or 30,000 Afghans back every week. This year, Iran deported more than 1.1 million Afghans as of 21 November — 30 percent higher than the total in all of 2020, according to the International Organization for Migration. Those deported often try again, over and over.

In Afghanistan, the exodus has emptied some villages of their men. In Jar-e Sawz, a village north of Herat visited by The Associated Press, an elderly man was the only male left after all the younger men left.

One smuggler in Herat — a woman involved in the business for two decades — said that before the Taliban takeover, she was transporting 50 or 60 people a week into Iran, almost all single men. Since the August takeover, she moves around 300 people a week, including women and children.

“The country is destroyed so people have to leave,” she said, speaking on condition she not be named because of her work. “I feel like I’m doing the right thing. If some poor person asks me, I can’t refuse them. I ask God to help me help them.”

She charges the equivalent of almost $400 per person, but only about $16 up front, with the rest paid after the migrant finds work. The pay-later system is common in Herat, a sign that there are so many migrants, smugglers can accept some risk that some will be unable to pay. Along the way, smugglers pass out bribes to Taliban, Pakistani and Iranian border guards to turn a blind eye, she said.

Everyone going gives the same reason. “There is nothing here. There is no work and our families are hungry,” said Naib, a 20-year-old who was pausing with a group of migrants one night in a desolate area within sight of the Iranian border outside Herat. “We go crawling if we have to. There is no other choice.”

Afghanistan was already one of the poorest countries in the world before the Taliban takeover, and the economy has deteriorated the past year, worsened by the coronavirus pandemic and a punishing drought since late 2020.

When the Taliban came to power on 15 August, the main artery keeping Afghanistan’s economy alive — international donor funds — was severed. With the Taliban government unable to pay salaries, hundreds of thousands of state employees found themselves with no livelihoods. With funding for projects gone, many jobs vanished across the labour market.

Farid Ahmed, a 22-year-old in Herat, used to go to a main square each day to be hired by building contractors for a day’s work. Previously, he found work most days. “Now we wait all day and no one comes to hire us,” he said.

So last month, he took his wife and their two young daughters — ages eight months and two years — across the border. From a relative already there, he heard that a Tehran weaving factory had jobs for him and his wife.

The crossing was a nightmare, he said. They had to walk for three hours in the darkness with several hundred other people across the border. In the cold and darkness, his daughters were crying. Once in Iran, they were almost immediately caught by police and deported.

Back home, nothing has changed. He goes to the square every day but finds no work, he said. So he will try taking his family again. “After winter,” he said. “It’s too cold now for the children to cross.” Herat, Afghanistan’s third largest city, is a main hub for Afghans from other parts of the country making their way to Iran.

The city is only about an hour’s drive from the Iranian border, but the frontier is too heavily patrolled here. Instead, migrants embark on a 300-mile (480-kilometer) trip south to Nimrooz, a remote region of deserts and mountains that is Afghanistan’s most sparsely populated province. Here, the migrants cross into a corner of Pakistan, from where they can more easily slip into Iran.

It’s an arduous journey. Reza Rezaie, a Herat resident, made the trip with his 17-year-old son. The most harrowing moment comes at the Iranian-Pakistani border, where migrants must ascend and then descend Moshkelghar, literally “Difficult Mountain,” on narrow trails along steep drop-offs.

“It’s pitch darkness and you can’t turn on flashlights for security,” he recalled. On the way up, they walk in single file, each holding the scarf of the person in front of them. Descending on the Iranian side, they gingerly crawl down so they don’t tumble off the edge. “If you fall, no one will help you because they will fall too,” he said.

At one point in Iran, he and others hid in the luggage compartment under a bus to get around checkpoints. He worked for a few weeks doing construction in Shiraz before he was caught in a police raid and expelled.

But he is undaunted. His father recently died, so he has to wait for the 40-day mourning period to end. Then he’ll try Iran again.

“What else can I do? Here, there is nothing,” he said