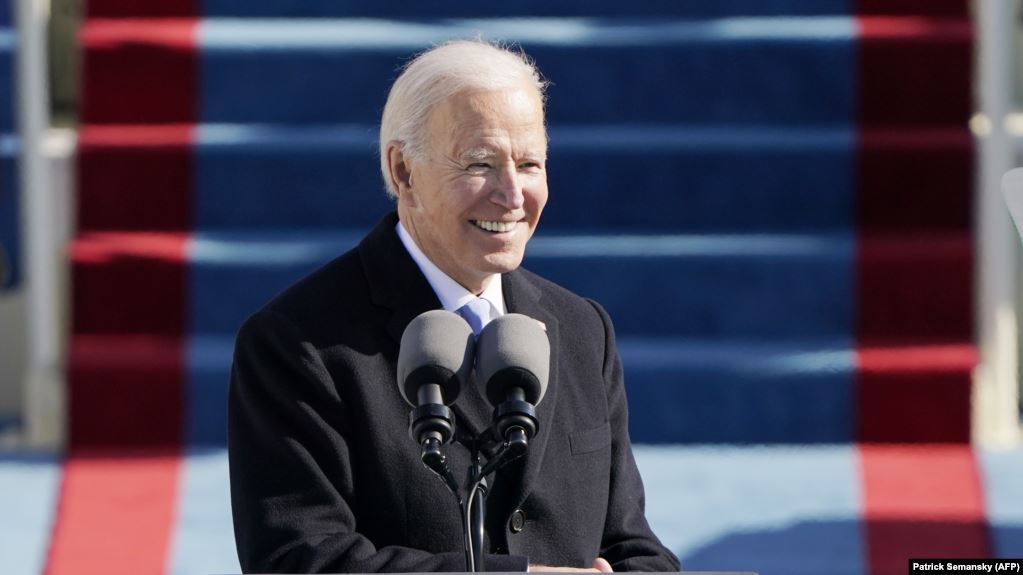 As U.S. President Joe Biden assumes office today, many in Afghanistan hope that he can correct course and help their country achieve peace while also helping Washington end the longest war in its history. Biden’s predecessor left him a narrow path to follow in Afghanistan. Under a peace deal with the Taliban last February, the remaining 2,500 troops in Afghanistan are expected to leave the country by May. But a power-sharing agreement between the Taliban and the Afghan government, a key benchmark for the success of the peace process, is nowhere in sight. Many Afghans officials and international observers remain deeply sceptical of the hard-line Islamist group’s ability to fulfil its counterterrorism guarantees, which was another prerequisite for complete U.S. withdrawal.

Such complications project difficult choices for the incoming Biden administration. Senior officials of the new administration are already hinting at reviewing Washington’s approach to Afghanistan as the bloodshed continues unabated in the country at war for more than four decades. Shahzada Masoud, a former presidential adviser, says he hopes Biden will pay close attention to Afghanistan soon after assuming office. “Biden needs to make sure that the American forces depart in a responsible manner,” he told Radio Free Afghanistan. Masoud says Biden’s main challenge will be to ensure the Afghan peace process stays the course. “With the help of Afghanistan’s neighbours and countries in the region, he needs to help the peace talks in Doha conclude in a manner that will see lasting peace in Afghanistan,” he said.

An Afghanistan ‘At Peace With Itself’

Earlier this month, Afghan President Ashraf Ghani alluded that the shared goal of Kabul and the international community to have a “sovereign, democratic, united Afghanistan at peace with itself and the region” is still far from a reality. “If that goal becomes accepted, then we can move forward. But if the objective of the Taliban is to dominate and give us the peace of the grave, then that will have very negative consequences,” he said while reiterating his administration’s position that sees the Taliban still unwilling to commit to peace. His deputy, First Vice President Amrullah Saleh, took a starker view. In a recent interview with the BBC, he argued that despite securing a “massive concession” from the United States, the Taliban has not severed its ties with Al-Qaeda and is unlikely to deliver on their counterterrorism assurances.

“The question is not the fate of Afghanistan,” he argued. “The question is the fate, reputation and standing of the Western civilization. They came to assist a small country to prevail against terrorism against radicalism against Al-Qaeda affiliates.” “They should ask themselves the question. ‘What was the mission?’ ‘Is it accomplished’?” he added. “If we put a common checklist, the mission is not accomplished.” In Washington, Biden’s nominee for leading the Pentagon appeared amenable to keeping his country’s options open. “We want to see an Afghanistan in the future that does not present a threat to America,” Retired General Lloyd Austin told a confirmation hearing in the Senate on January 19. He, however, made it clear that diplomacy will be the first choice of the new administration. “This conflict needs to come to an end. We need to see an agreement reached,” he said.

Antony Blinken, Biden’s choice for the top diplomatic slot, indicated he will review Washington’s agreement with the Taliban after assuming office at the State Department. “We have to look carefully at what has actually been negotiated. I haven’t been privy to it yet,” Blinken told his confirmation hearing on January 19. But he said the new administration is still considering Biden’s idea of retaining a counterterrorism force in Afghanistan something he had advocated as a vice president in the Obama administration. “We want to retain some capacity to deal with any resurgence of terrorism, which is what brought us there in the first place,” he said. “We want to end this so-called forever war and bring our forces home.”

In what would amount to an optimistic sign for the Afghan government and civil society, Blinken emphasized protecting the gains in the country. “I don’t think that any outcome that they achieve the government of Afghanistan and the Taliban achieve is sustainable without protecting the gains that have been made by the women and girls in Afghanistan during the past 20 years,” he said. “I don’t think it will be easy, but we will work on it.” It is not clear whether Trump’s special envoy for Afghanistan, Zalmay Khalilzad, will continue in his post under the new administration or if Washington will appoint a replacement. He recently met with the Taliban leaders in Qatar after visiting Afghanistan and Pakistan.

The Taliban, however, appears reluctant to renegotiate the deal or make any concessions. “Joe Biden’s administration needs to be fully attentive to implementing the Doha agreement, which will end America’s longest war and will also protect the people from calamities and help end the war, too,” Zabihullah Mujahid, a purported Taliban spokesman, told Radio Free Afghanistan on January 19. Mohammad Naeem, a Taliban spokesman in Qatar, said they want the American interlocutors to help with releasing the Taliban prisoners and removing the movement’s leaders from a UN sanctions list. “The IEA mentioned the issue of the release of its remaining detainees and the removal of the Blacklist, which are the text and important items of the agreement,” he tweeted on January 17.

This confirms claims by Afghan government negotiators that before discussing anything substantial about power-sharing or a permanent cease-fire, the Taliban want to extract key concessions from Kabul and Washington. Across Afghanistan, many are hoping the incoming administration can do something to lower violence and protect what the country has achieved from nearly two decades of international attention and aid. “With Kamala Harris going to be Biden’s vice president, we hope the U.S. can help in protecting women’s rights by giving them a central role in the peace talks,” said Fatana Gailani, head of the Afghan Women Council, a nongovernmental organization. Rohina, a woman living in the southeastern Ghazni city, says she hopes Biden will attend to major issues in her country. “We hope that the new U.S. administration can help in preserving human rights, ending the war, and gaining economic prosperity,” she said.