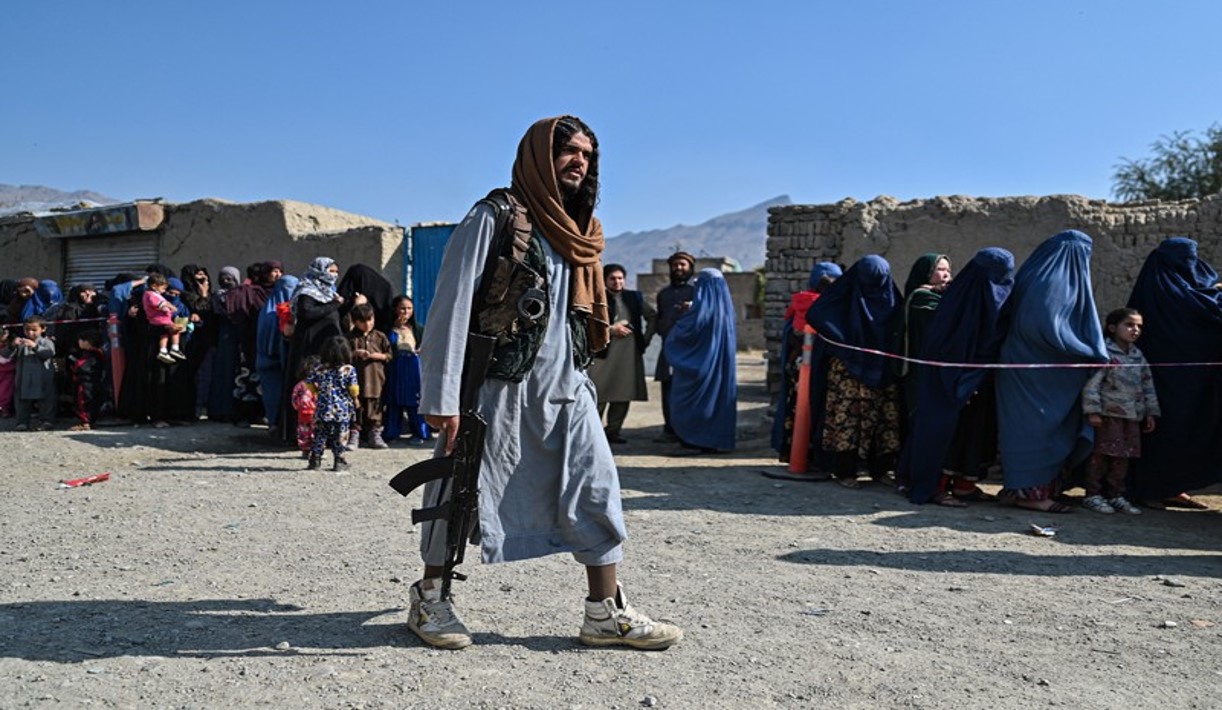 Four months after the Taliban took control of Afghanistan, academics say they feel marooned, and abandoned by the international community. With limited prospects for research, many scientists have left or are still trying to find routes out, so they can continue their careers.

Researchers say they have been stripped of their finances and academic freedoms and do not feel valued by the new government. Many continue to fear being persecuted for their international connections, ethnicity or gender — or because they have been critical of the government — and some say they have been threatened with death or retribution by the Taliban.

“The current government has had a completely destructive effect on research,” says Shohra Qaderi, who is from Afghanistan but is currently studying clinical science and public health at Shahid Beheshti University of Medical Sciences in Tehran. “Research is a form of freedom of speech for scholars, but this freedom of speech has been taken by the Taliban.”

Qaderi was due to return to a university in Afghanistan earlier this year, but decided to extend her stay in Iran because of the dire situation for researchers.

The Taliban seized power in mid-August as the last of the US-led coalition troops that had been supporting the previous government pulled out. But the broader international community has not yet recognized the current government. Billions of dollars in funding, assets and loans earmarked for government agencies and development and humanitarian services remain frozen. And research funding from international sources is no longer flowing.

Some international donors are looking for ways to hand out funds through non-governmental channels, but that has taken time. On 10 December, donors agreed to release US$280 million to the United Nations children’s agency UNICEF and the World Food Programme to directly deliver essential health services and food assistance to more than 10 million people in the country.

Understandably, “research is not really a priority”, says Jaffer Shah, a clinical researcher with Drexel University who is based in New York City and collaborates with colleagues in Afghanistan.

The nation’s roughly 40 public universities and higher-education institutions officially remain open, but are effectively not functioning. Researchers say government officials have told staff to continue registering their attendance, but classes are not running. University staff have not received their salaries since before August and international funding for research projects has been put on hold. Female faculty members are still allowed to work, with some restrictions.

“We are just wasting our time here,” says a researcher who asked to remain anonymous. After the Taliban takeover, they were still weighing their options, but now they are considering leaving the country because their research has stalled and their teenage daughter has not been able to go to school.

In August, the Taliban banned co-education of male and female university students — and many public universities are still working out the practicalities of implementing segregated teaching. The Taliban government has also placed representatives at public universities. In one widely reported case, the government appointed a vice-chancellor for the prestigious Kabul University, but staff deemed the candidate unqualified for the position, leading to widespread resignations. He was later replaced by another candidate.

Many of the country’s more than 120 private universities are still operating. But these institutions rely on student fees for funding, and many students are struggling to pay, have left the country or have abandoned their studies. Academics say salaries and research funding have been slashed.

“Our research activities have stopped,” says Sayed Hamid Mousavi, a medical researcher and director of research at the private Kateb University in Kabul, who says he hasn’t been paid in four months. He and others are trying to keep busy with desk-based work, such as writing up retrospective analyses of data; laboratory-based research has stalled and it is hard to gather new data.

Reports have also surfaced of academics being mistreated at both public and private universities. Ramin Mansoory, a legal scholar who was an adviser to the governor of Afghanistan’s Balkh province before he fled to Poland in August, has heard reports of faculty members from minority ethnic groups being fired and replaced with those of Pashtun ethnicity, the group to which many Taliban members belong. There have also been some news articles reporting the kidnapping and killing of academics from minority ethnic groups.

In September, Qaderi co-authored a short correspondence in Nature on how the Taliban’s takeover could imperil the health of pregnant women and new mothers. The article listed a university in Afghanistan as one of her affiliations — but after it was published, some of her colleagues received threats and asked her to remove the affiliation.

In August, Nature reported on the tide of researchers seeking refuge abroad, reflected by a record number of applications to programmes that arrange placements for scholars at foreign universities. Since then, applications have continued to rise, mostly from scholars still stranded in Afghanistan, but only a handful have found institutions to take them.

“Everyone is trying to get out,” says Eraj Haidari, a visiting researcher in law at City, University of London. Haidari is one of only four individuals to have received a UK university fellowship supported by the Council for At-Risk Academics, which is based in London. Executive director Stephen Wordsworth says that the council has received some 540 applications from scholars from Afghanistan.

Scholars at Risk, a similar organization based in New York City, has received more than 1,300 applications. Only 20 applicants have so far been connected with institutions in the United States and Europe, and the organization is seeking spots for another 35.

The Institute of International Education’s Scholar Rescue Fund in New York City has also been flooded with a record number of applications. Requests have risen since August — “a trend we only expect to continue,” says director James King.

But even when researchers do secure positions, getting out of Afghanistan is tricky. Many embassies in the country remain closed, which means that scholars often first have to get to neighbouring countries, such as Pakistan and Iran, to process their papers.

Researchers say they have little hope that the situation in Afghanistan will improve in the near future. “We do not have the outside world’s support and the number of researchers and scholars has decreased significantly. We are facing a brain drain,” says Qaderi.