Afghanistan: The Hotbed of “Lies and Deceit” 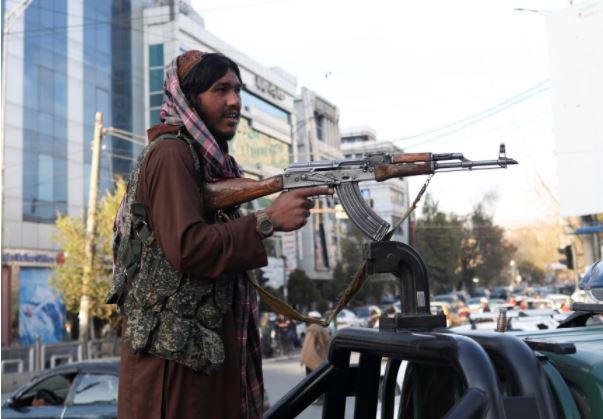 Afghan Taliban’s seizure of Kabul in August last year was met with great jubilation across Pakistan for several reasons.Pakistan’s anti-US lobby saw America’s ignoble exit from Afghanistan as an appropriate affront for the shabby way in which Washington had been treating Islamabad. On the other hand, fundamentalists viewed US withdrawal alongwith collapse of the ‘puppet’ pro-West Ashraf Ghani government and imposition of sharia law by Afghan Taliban as a big ‘victory’ for Islam.

Even the simple folks with no ultra-nationalistic leaningsor fundamentalist mindset were happy since they truly believed the government [and army’s] claim that the entire problem of terrorism that Pakistan faced was being orchestrated by India from Afghanistan through terrorist groups like Tehreek-e-Taliban Pakistan [TTP]. Accordingly, they were confident that with Afghanistan under Taliban’s control, India’s purported “state sponsored terrorism”against Pakistan would finally come to an end.
Barely a week after Taliban seized Kabul, Pakistan’s Information Minister Fawad Chaudhary yet once again reiterated Islamabad’s allegation that TTP was being financed and by India. While speaking to the media, he said, “We should be satisfied to know with regards to the TTP, that for the first time the process of Indian funding [to TTP], which had been going on for a long time, has ended and at this time they are in disarray.” However, the prevailing situation on ground didn’t endorse Chaudhary’s avowal because far from being “in disarray, ”TTP stepped-upits attacks against Pakistani security forces.
Infact, such was the ferocity of violence perpetrated by TTP that Islamabad [with obvious approval of Rawalpindi] was forced to enter into a ceasefire agreement and hold dialogue with this terrorist group, which was responsible for the gruesome murder of 148 people [including 134 school children] during the 2014 Army School Peshawar [APS] massacre. Considering that the students killed were predominantly wards of Pakistani defence forces, isn’t entering into negotiations with TTP a rather unflattering commentary on Pakistan army?
Rawalpindi had very high expectations from Afghan Taliban- and rightly so. For two decades, it had not only hosted Taliban leadership, but also enraged the international community by providingmilitary hardware and logistical support to this proscribed terrorist groupwhich was fighting the US led coalition forces in Afghanistan.
So much so that during October 2016, Pakistan daily ‘Dawn’ carried an exposé aptly titled, “Act against militants or face international isolation, civilians tell military,”which revealed how“In a blunt, orchestrated and unprecedented warning, the civilian government has informed the military leadership of a growing international isolation of Pakistan and sought consensus on several key actions by the state.”
Two years later the then US President Donald Trump,in his New Year tweet wrote- “The United States has foolishly given Pakistan more than 33 billion dollars in aid over the last 15 years, and they have given us nothing but lies & deceit, thinking of our leaders as fools. They give safe haven to the terrorists we hunt in Afghanistan, with little help. No more!”Even though Washington suspended financial aid to Islamabad which triggered the economic crisis due to which Pakistan is today in a state of near-bankruptcy, Pakistan army chief Gen Qamar Javed Bajwa still didn’t make any amends.
Having played a gracious host to Afghan Taliban for two decades and helping it militarily which accelerated Afghanistan National Army’s defeat, Rawalpindi was confident that an indebted Afghan Taliban would most certainly do its bidding as a return-favour. To further ensure that the Taliban government in Kabul remained pliable, Pakistan army took pains to ensure that members of its most favourite protégé [Haqqani network] occupy positions of power in the new setup[Remember how chief of Pakistan army’s spy agency Inter-Services Intelligence [ISI] Lieutenant General Faiz Hameed air dashed to Kabul for this purpose?]
Afghan Taliban’s refusal to take action against TTP may have come as a big shock to Rawalpindi, but this was expected as both groups have fought shoulder-to-shoulder against coalition forces in Afghanistan. Whatever doubts remained were dispelled when Afghan Taliban unconditionally set free TTP members who had been jailed by the previous regime. So, while Afghan Taliban may deny any affiliation with TTP, but this is just theatrics as it can’t afford to turn its guns on TTP at this point of time for several reasons.
Firstly, Afghan Taliban and TTP share the common ideology of establishing sharia rule in their respective countries and so, acting against TTP would antagonise the fundamentalist faction within Afghan Taliban. Secondly, since TTP has assisted Afghan Taliban in combat, acting against it at Pakistan’s bidding is tantamount to betrayal, andbeing violative of the time-honoured ‘Pashtunwali code’, unacceptable. Thirdly, use of force against TTP could make this group lean towards Afghan Taliban’s arch-enemy Islamic State- Khorasan Province [IS-K], which would make things more difficult for Kabul.
So, in order to protect its own interests, Afghan Taliban will in all probability replicate the brazen skulduggery of hunting with the hounds and running with the hare that its mentor Pakistan exhibited as a “front-line state”during the US-led war on terror in Afghanistan.
It seems that for Islamabad, the chickens have finally come home to roost!
Tailpiece: In the coming days, it won’t be surprising to find Prime Minister Imran Khan [or more appropriately, his army chief Gen Bajwa] borrowing President Trump’s 2018 tweet that may read, thus: ‘Pakistan has foolishly hosted Afghan Taliban over the last two decades, and they have given us nothing but lies & deceit, thinking of our leaders as fools. They give safe haven to the TTP terrorists we hunt in Afghanistan, with little help. No more!’