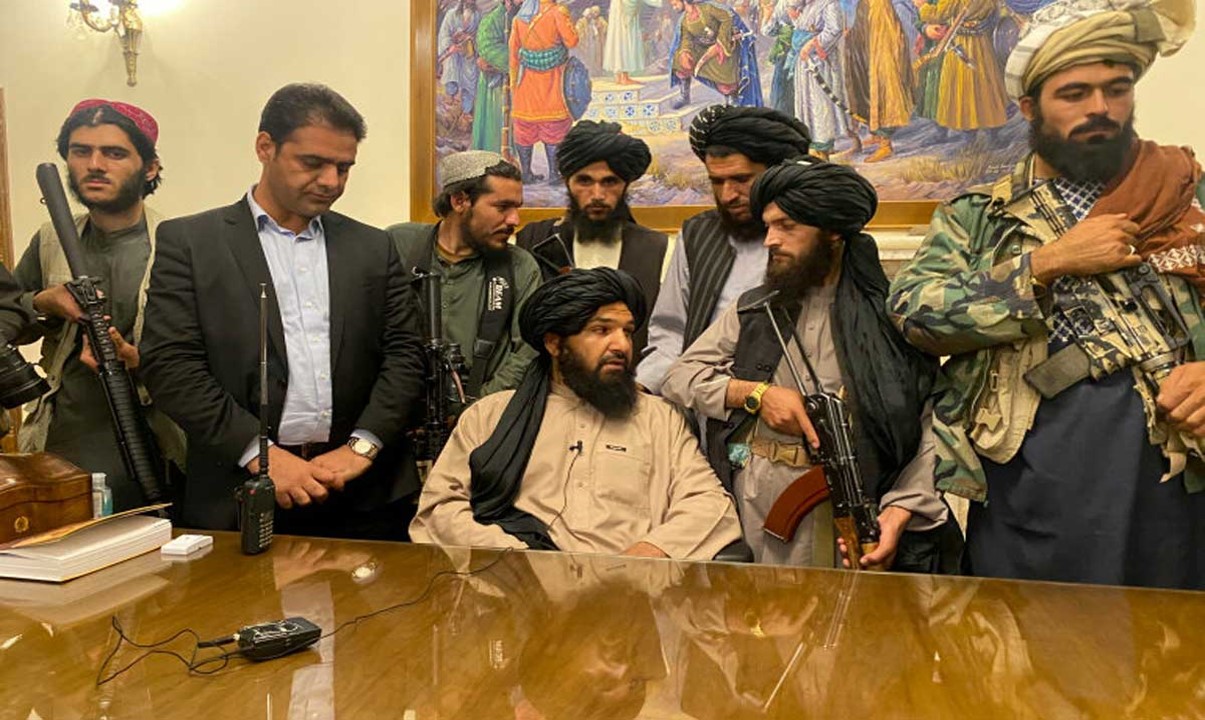 On 15 August 2021, the world watched anxiously as the Taliban returned to power in Afghan and squandered the West’s US$2 trillion.[1] The Taliban rose to power in 1996 with the support of Pakistan. On par with its ideology, the group opposed all aspects of modernisation and clamped down on minorities, education, and women’s and human rights.[2] It also harboured and nurtured extremists, transnational criminals and traffickers for revenues, weapons, and ideological sustenance. This made the organisation a pariah and concern for the world.

The US overthrew the Taliban in Afghanistan in retaliation for the September 2001 attacks, but in the absence of a coherent strategy, the US and its allies dawdled in Afghanistan for 20 years. Originally, the aim was to eliminate al-Qaeda and Osama bin Laden.[3] It then became about defeating the Taliban; by 2002 the aim was to eliminate the extremist ecosystem through democracy. NATO and its allies thus began reconstructing the armed forces and civilian and military institutions. In 2009, the US’s priority yet again shifted to troop surge and aiding and launching airstrikes in Pakistan.[4] Finally, the US withdrew in 2021 stating that it has achieved its aim of dismantling the al-Qaeda and killing bin Laden.[5]

Despite this dawdling, the US’s presence in Afghanistan had also provided security and stability for the region and beyond, by keeping the terrorists, transnational criminals, and traffickers preoccupied and checked. But this seems to be at stake with the Taliban now back in power. Several states have thus resorted to a wait-and-watch approach, hoping that a ‘reformed’ Taliban will build an ‘inclusive government’ that will not sideline women or people of other ethnicities.

At the heart of this approach is the vested interests of these individual states. They remain cautious of the security vacuum, refugee crisis, attacks on minorities, transnational crime, and terror networks emanating from Afghanistan. The states would thus extend their recognition to the Taliban regime based on the group’s willingness and ability to mitigate the spillover of these threats.

The Taliban’s return to power also coincides with a structural and geopolitical shift. Over the span of 20 years, the international structure has been tilting towards a multipolar world, where the US-China competition continues to take the high spot. The West and other regional allies that could not defend the values of democracy are now finding themselves in a tight spot as their influence and rules-based world order continues to be questioned by the revisionist trio of China, Russia and Iran. In this context, the geopolitical and economic positioning of Afghan matters significantly for all the regional and major powers. Therefore, setting the stage for the new great game.

A lot seems to be at stake in the international order with this regime change in Afghanistan. This volume explores how the Taliban’s takeover will impact the prevalent world order. The essays in this series, updated as of 1 November 2021, will be divided into four broad sections.

The first section, ‘The Unfolding Great Game’, discusses the new great game in Afghanistan. The West’s hasty withdrawal from Afghanistan and incapability to stand up for human rights and democracy indicates the decline of the Western world order. On the other hand, China is wasting no opportunity to carve its spheres of influence and order. It will thus formulate its policies based on its realpolitik and approach towards international legal norms. The US’s withdrawal has also helped Russia belittle the West and show a commitment to the security of the Central Asian states. In this context, Russia’s role and involvement in Afghan will only increase. The US’s hasty withdrawal has also indicated how little the former understands the interests of regional allies like India, thus highlighting the weakness and challenges of its grand Indo-Pacific strategy.

The second section, ‘The Future of Regional Organisations’, discusses how the Afghan crisis will impact regional organisations. The European Union lacks a coherent strategy to deal with illicit trafficking, terrorism, and the refugee crisis emerging from Afghanistan. The member states of the Shanghai Cooperation Organisation have also failed to build a coherent strategy as they have prioritised individual interests over collective benefits. The regime change has also begun to disrupt the functioning of the already decaying South Asian Association for Regional Cooperation. These regional organisations should therefore act on the Afghanistan crisis to stay relevant and avoid any further damage to their functioning and cohesion.

The third section, ‘The Neighbourhood’s Apprehensions’, explains why the Taliban’s revival worries the South and Central Asian states. In South Asia, all the small states, including the most vulnerable ones like Bangladesh, have resorted to a wait-and-watch approach against the Taliban regime. Their policies are a product of concerns like internal security, domestic politics, external factors, refugees, and economic implications . The US’s withdrawal has also jeopardised the economy and economic security of landlocked states such as Nepal. Similarly, extremism, drug trafficking, refugee crisis, cross-border terror attacks, economic cooperation and the plight of minority communities continue to dictate the Taliban policies of the Central Asian states, including Iran.

The final section, ‘Proxies, Terror, and a Non-picturesque Neighbour’, evaluates the new, old, and thriving landscape of terrorism in Afghanistan. The country continues to witness the presence of the Pakistani deep-state, and the emerging cooperation and competition amongst various terror outfits. This is likely to impact the security of all neighbours, including in the long-protracted conflict in Kashmir. Thus, even two decades after the war on terror, transnational terror threats remain persistent, and this makes it more valuable for the world to learn strategical, tactical and political lessons from their failed war on terror.

This volume, therefore, attempts to explain how the Taliban’s takeover has affected the prevalent world order by highlighting the new great game, the relevance of the regional organisation, the apprehensions of Central and South Asian states, and the terror landscape of the region.