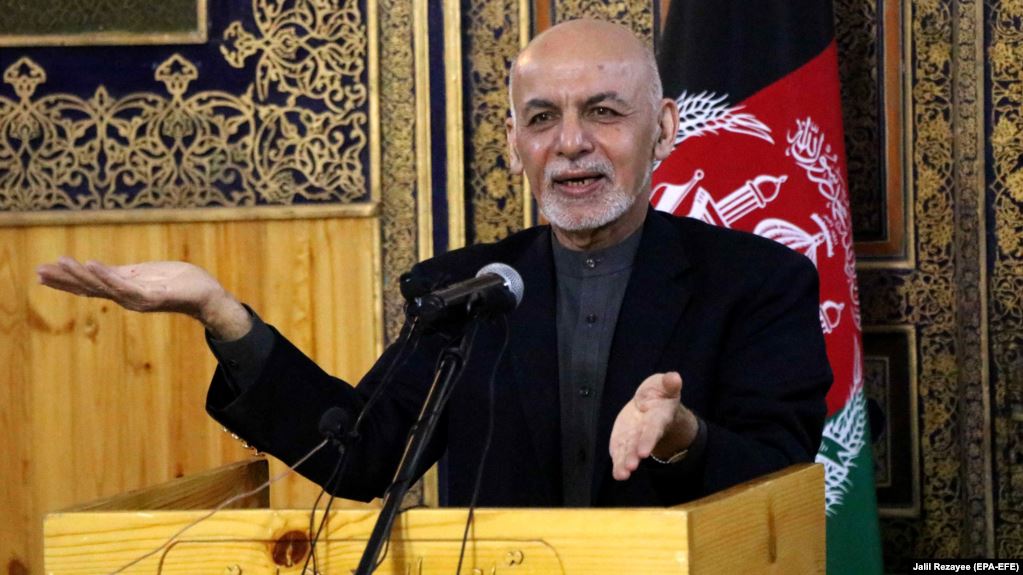 Afghan President Ashraf Ghani has urged the United States to ramp up pressure on the Militant Group like Taliban and not to rush the withdrawal of more troops from Afghanistan. Ghani said the Taliban has failed to meet its commitments under a February 2020 agreement with the United States to cut ties with terrorist groups and reduce violence in Afghanistan. “The United States and NATO must take a very strong stand on the conditions-based approach” to withdrawing their troops, Ghani said in an online address to the Aspen Security Forum on January 29.

The United States has only 2,500 troops in Afghanistan, down from around 12,000 a year ago. Ghani said he has spoken to NATO allies and that the alliance was “very much interested in continuing” its mission in Afghanistan. But “NATO, without US enablers, cannot continue its mission,” he said, using a military term for intelligence, airpower, and other support the United States provides. The Afghan president said despite the launch of peace talks between Afghan and Taliban negotiators in Qatar in September 2020, violence in Afghanistan has soared. Ghani said after the US-Taliban deal was signed, he was assured by American officials that “there will be a cease-fire or a very substantial reduction of violence.” “Instead, violence has peaked,” he said.

Ghani said the Taliban, rather than pursuing peace talks in good faith, was “finding one excuse after another not to meet.” Ghani’s remarks come as Afghan and Taliban negotiators have made halting progress against the backdrop of rising violence and calls for the militant group to agree to a cease-fire. US President Joe Biden’s new administration said it is reviewing the US-Taliban deal to determine if the militant group is meeting its commitments, including reaching a cease-fire and engaging in meaningful negotiations with the Afghan government. Under the agreement, all foreign forces are to leave Afghanistan by May 2021 in exchange for security guarantees from the militant group, including severing ties with the Al-Qaeda terrorist group. The Pentagon said on January 28 that the Taliban were “not meeting their commitments to reduce violence, and to renounce their ties to Al-Qaeda.”

Ghani said the United States will send a team to Kabul for consultations on efforts to bring peace to Afghanistan. “The United States is going to send a team to Kabul. We’ll also be talking by videoconference on how to energize the peace process,” he said. Ghani spoke with US Secretary of State Antony Blinken on January 28 and was assured that Biden’s administration would consult more closely with Kabul. “We couldn’t be more pleased with the early focused, systematic attention and a dialogue between two partners that have mutually sacrificed and have a mutual interest,” he said.