Afghan Peace Talks To Begin On January 9 in Doha 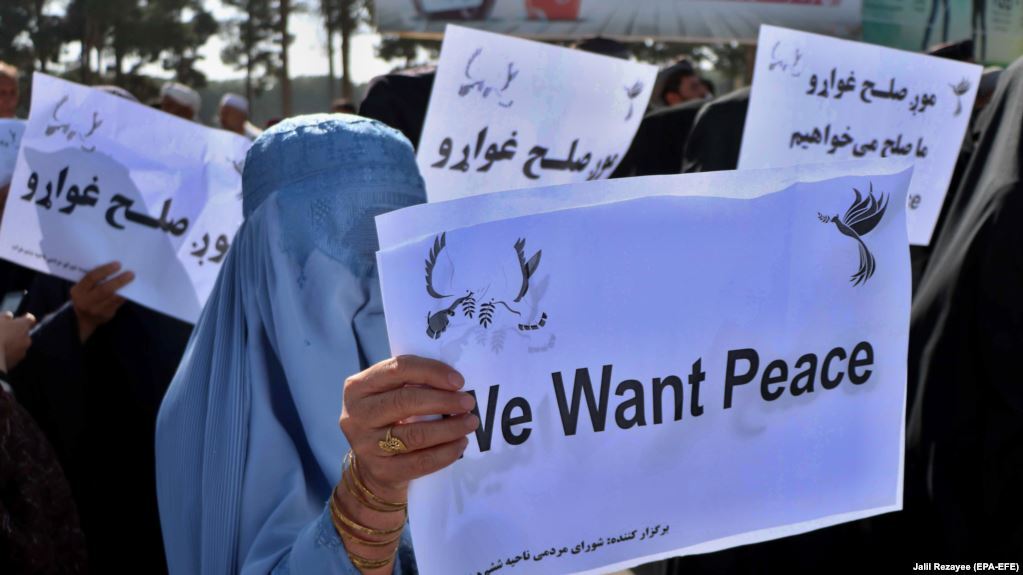 Negotiating teams representing the Afghan government and Taliban insurgents held a preparatory meeting on January 6 in the Qatari capital, Doha, with talks on a peacemaking agenda to begin on January 9, both sides said. Talks have begun just as U.S. forces prepare for another round of troop withdrawals from Afghanistan this month in line with an agreement with the Islamist Taliban last year. The agreement envisages the United States and its military coalition partners pulling troops out of Afghanistan and ending a 19-year war in exchange for Taliban security guarantees.

The negotiating teams met following a three-week break after striking an initial procedural deal in December, and are expected to cover contentious issues such as power-sharing and a ceasefire in this round of talks. “The second round of intra-Afghan talks started this evening during a preparatory meeting,” Taliban spokesman Mohammad Naeem said on Twitter. It was decided the teams would begin substantive discussions on Saturday, he added. The Afghan government-appointed team shared the same message on Twitter. The beginning of the second round of talks has been welcomed internationally, including by the United Nations and NATO.

Fighting Rages Across Afghanistan As Peace Talks Resume In Qatar

At least 17 Afghan civilians and members of the Afghan security forces were reported killed across Afghanistan as fighting continued to rage — despite the resumption of intra-Afghan peace talks in Doha aimed at finding an end to decades of war. Afghan government negotiators in the Qatari capital held a “preparatory meeting” with Taliban representatives on January 6 following a 20-day break in the talks. The sides said they were planning to begin discussing the agenda of the negotiations later this week.

Little progress has been made since the negotiations began in September. Meanwhile, violence has continued across Afghanistan despite international calls for a cease-fire. Late on January 6 in Afghanistan’s southern province of Helmand, five civilians were killed and at least four others wounded by fighting in a Taliban-controlled part of the outskirts of the provincial capital, Lashkar Gah. Provincial councillors said the casualties, which included women and children, were thought to have been caused by an airstrike. But provincial governor Abdul Nabi Elham said it was not yet clear whether the deaths and injuries were the results of an airstrike or some other type of attack.

Colonel Sonny Leggett, the spokesman for U.S. forces in Afghanistan, said the U.S. military did not conduct any airstrikes there. In the neighbouring province of Uruzgan, a provincial council member said a suicide car bomber detonated a vehicle full of explosives near a military base early on January 7, killing six members of the Afghan security forces. Another local councillor said the explosion in Tarin Kot, Oruzgan’s provincial capital, was so strong it sent shock waves through the city. There was no immediate claim of responsibility for the attacks.

In the northern province of Kunduz, local officials said at least six members of the Afghan security forces were killed when Taliban fighters stormed a military checkpoint. They said other Afghan security troops were missing after that incident. One official was quoted as saying two military vehicles were destroyed and weapons and ammunition from the checkpoint were seized by the attackers. Taliban spokesman Zabihullah Mujahid said the Taliban was behind that assault, which came after the Afghan negotiating team and the Taliban had resumed their talks in Doha.

“The second round of intra-Afghan talks started this evening during a preparatory meeting,” Taliban spokesman Mohammad Naeem tweeted. “In the meeting, it was decided that the teams appointed by the two sides to discuss the agenda topics would begin their work next Saturday [January 9] to discuss the issues on the agenda,” he added. Shortly afterwards, the Afghan government team tweeted a similar statement. A spokesman for Afghanistan’s High Council for National Reconciliationtold RFE/RL that power-sharing and the establishment of a cease-fire will be among the key issues.

It took about three months for negotiators in Doha to agree on key procedural issues for the negotiations, allowing the talks to advance to more substantive issues, including reaching an elusive cease-fire. Speaking on January 6, NATO Secretary-General Jens Stoltenberg welcomed the ongoing peace talks, saying they are “the only way forward to a peaceful negotiated solution.” He also said that the alliance’s defence ministers will assess the future of NATO’s mission in Afghanistan next month. NATO has roughly 11,000 troops in Afghanistan from several countries.

Under a U.S.-Taliban deal agreed on last February, all foreign forces are scheduled to leave Afghanistan by May 2021 in exchange for security guarantees from the militant group. In November, the administration of outgoing President Donald Trump announced that 2,000 American troops will exit Afghanistan by mid-January, leaving just 2,500 behind. The pace of any further U.S. withdrawal is expected to be determined after President-elect Joe Biden takes office on January 20.