Afghan Official Says Taliban Peace Will Help In Fighting IS 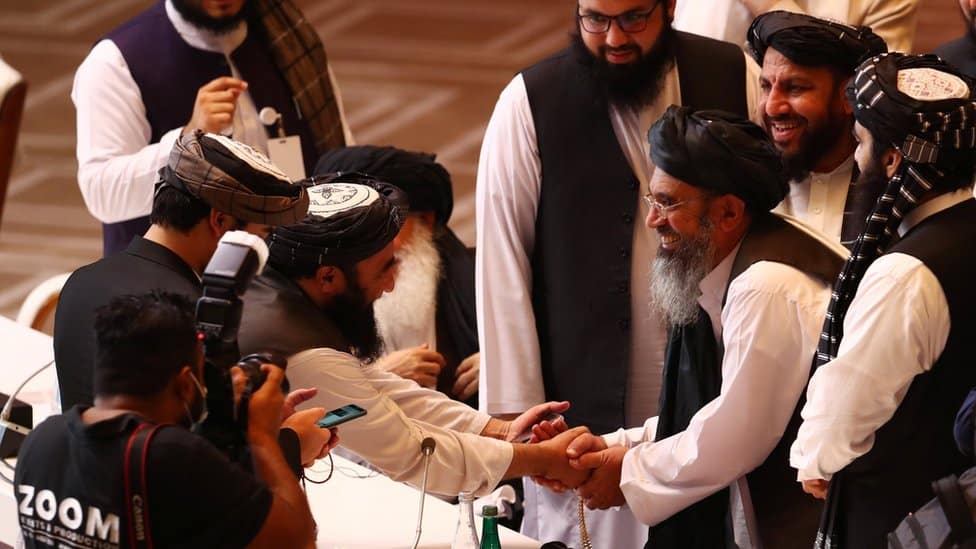 A successful peace process with the Taliban will allow the government to focus its resources on countering the Islamic State group and its attacks on soft targets, Afghanistan’s national security adviser said on December 5. Afghanistan is grappling with a surge in violence that has worsened despite landmark peace talks with the Taliban that began in September in Qatar. The Islamic State jihadist group has claimed a series of assaults on vulnerable targets, including a November attack on Kabul University that saw gunmen detonate grenades and spray automatic fire across the campus.

Hamdullah Mohib, Afghanistan’s national security adviser, said that although IS had been dislodged from the territory it controlled and its funding sources disrupted, the group maintained a “network of terror.” “Of course those attacks by themselves are quite damaging, they bring a lot of fear to our people, and we are working very hard to prevent them from attacking our cities,”. “We do face a lot of threats so our resources are stretched,” he said on the sidelines of a security conference in Bahrain’s capital.

“One of the reasons we’re focused on this peace process with the Taliban is that if we were to achieve peace with the Taliban, our security forces will be able to divert their capabilities onto terrorist groups like Daesh (IS) and then we can contain them much easier.” The Doha talks have made headway in recent days, setting out a code of conduct that will allow the process to move to the next stage of setting out the agenda for negotiations. “It has been a long conflict, four decades to end that conflict there are, of course, a lot of grievances that need to be addressed,”. “Everyone’s tired. The demand of the Afghan people is to end this conflict, but there are a lot of differences,” he said. “But I think in good spirit, we will be able to achieve peace.”

The warring sides have been engaging directly for the first time, following a troop withdrawal deal signed in February by the insurgents and Washington. The United States agreed to withdraw all foreign forces in exchange for security guarantees and a Taliban pledge to hold talks with Kabul. However, the process has been overshadowed by the surge of violence in recent weeks, with the Taliban launching near daily attacks against government forces. “The Taliban wanted to get the maximum advantage at the negotiating table and I think they perhaps were testing the Afghan security forces, maybe also on how far it will go before our allies come to our support,”.

President Donald Trump has ordered the U.S. troop presence in Afghanistan to be slashed from 4,500 to 2,500 by mid-January, a move would put the Afghan military under pressure. “It will strain our capabilities and of course it will affect those training and maintenance facilities that are being built,” he said, forcing them to speed up plans to make the air force self-sufficient. “We still rely on U.S. airpower for a lot of the conflict, and we need that to maintain our advantage over the Taliban until our own capabilities are built.”