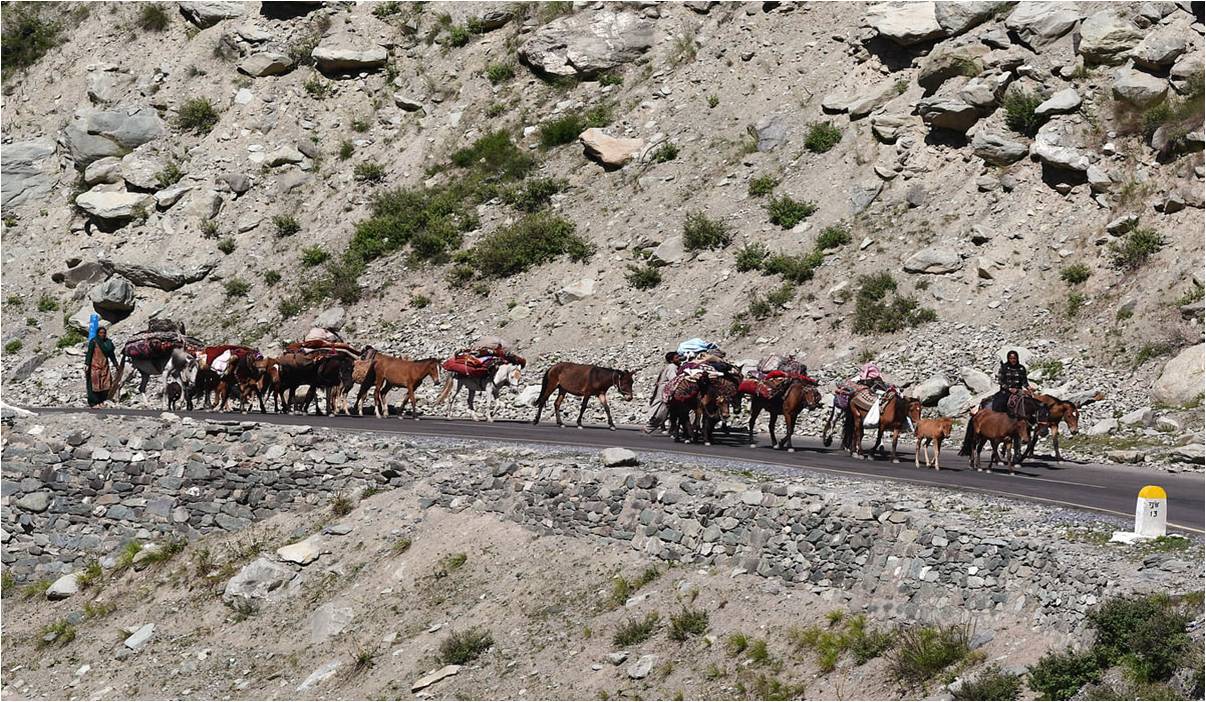 Facilitating the journey of nomads from Jammu to Kashmir highland pastures

The significant government move to facilitate the journey of thousands of nomads for the first time from Jammu to highland pastures in Kashmir during their seasonal migration this summer will benefit the migratory tribal population in a big way.

It can also ensure smooth traffic movement on Jammu-Srinagar National Highway and Mughal Road. Earlier, the nomads would cover the distance from Jammu to Kashmir on foot in 20 to 30 days.

Their movement as also the movement of their livestock would cause frequent traffic jamming on National Highway and Mughal Road. But now they would cover the distance in trucks in one or two days.

This is bound to minimise their hardships. Transporting them and their livestock in trucks from Jammu to Srinagar was a long pending demand of the migratory tribal population, which has been finally met.

On the directions of Lieutenant Governor, Manoj Sinha, the Tribal Affairs Department initiated a special project of providing transit accommodations and transport facilities to them.

As per official figures 30,000 tribal migratory families are expected to get benefitted and 40 trucks of Road Transport Corporation (RTC) are being utilised for the purpose. More trucks will be pressed into service.

Funds to the tune of Rs 6.80 crore were already released in favour of RTC for procurement of trucks.

According to officials, the trucks are being plied on the National Highway from Kathua, Samba, Jammu and Udhampur to various destinations in Kashmir and on Mughal Road from Rajouri and Poonch to various places in Kashmir.

Tribal Affairs Department is also establishing transit accommodations at eight different locations for the convenience of migratory tribal population at a cost of Rs 28 crore and two of transit camps are nearing completion.

It is hoped that in October this year the Government will again facilitate the journey of this migratory population from the highland pastures in Kashmir back to Jammu.

This should become a permanent practice every year. It is in the best interests of the nomads and also good for smooth traffic movement on National Highway and Mughal Road.

In the past, sometimes due to harsh weather conditions the tribal families used to suffer huge losses of livestock and other damages. Transportation through trucks will put an end to such losses.