A diplomatic cocktail with deadly fizz is brewing between US, Pak & Afghan 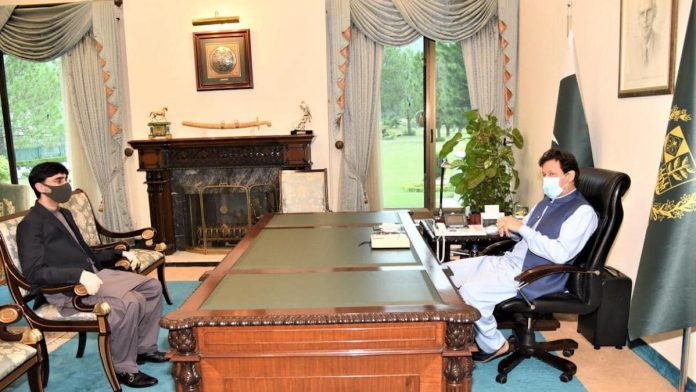 Even as the pandemic rages across much of South Asia, quiet meetings and backdoor diplomacy goes on without a break in the neighbourhood. It seems time and the Taliban wait for no man, and in the latter’s case, certainly not for anyone who is not a Pakistani, as the insurgent group continues its triumphal course. The beginning of the United States withdrawal from Afghanistan seems to have spurred on curious events recently, including a very quiet meeting between newly-appointed Pakistan National Security Advisor Moeed Yusuf and his US counterpart Jake Sullivan in Geneva. But there’s little that can’t be outed on Twitter, where an Isreali journalist and analysts speculated why Moeed was using an aircraft belonging to one of Pakistan’s most controversial tycoons, especially when the ISI has its own similar aircraft.

Other quiet phone calls and briefings followed between the two sides, as well as a series of hearings by Congressional bodies on Pakistan’s role in Afghanistan. It seems Islamabad is trying to juggle several balls at once, including Kashmir, in conjunction or in competition with Rawalpindi, even while the US exerts pressure to get its own objectives through. This is a diplomatic intelligence cocktail with a deadly fizz, likely to tickle everyone’s throat, including India’s.

Moeed Yusuf was appointed National Security Advisor (NSA) with the status of a Minister of State barely a week ago, elevated from one of the many SAPM’s ( Special Advisor to the PM) around at the Prime Minister’s office. He is the first academic to be appointed to a post usually held by retired army generals or diplomats of solid vintage. Pakistani bureaucracy doesn’t usually accept outsiders for such influential posts, which indicates that he is a front man for a part of the government that doesn’t want to get its hands dirty directly.

His first meeting as NSA with his powerful US counterpart in a third country is curious enough. More interesting is why the establishment felt the need to use an aircraft belonging to Malik Riaz, the uncrowned real estate king of Pakistan. His Bahria Town project sprawls across some 30,000 acres and is believed to be the largest such township in South Asia. He has a history of greasing a variety of governmental palms, including former Pakistan PM Nawaz Sharif, which led to a case being registered against him by British authorities. The surprise, however, is that he appears to have been bailed out by Prime Minister Imran Khan, with the whole UK affair hushed up for reasons of ‘national security’. That’s puzzling.

If he did use Riaz’s aircraft, it could mean the prime minister was sending his NSA out on a mission and evading ISI oversight. In the event, a most anodyne statement was issued by the State Department that said nothing at all about the meeting.

The army gets it’s hand in

A day later, there was a call between COAS General Qamar Javed Bajwa and Defense Secretary Lloyd Austin. Nothing is known about that either. But he certainly didn’t call to talk about the weather. The only clues were from the press briefing by the Pentagon, where apart from the usual palliatives about “appreciation for Pakistan’s support for the Afghanistan peace negotiations”, it appeared that there was no immediate urge to resume suspended security assistance to Pakistan. Neither did the spokesperson respond to questions on possible US basing there.

Even as Pakistani media reported that the country would continue to give basing to US forces, the actual transcript of a briefing to the Senate Armed Forces Committee reveals a Defense Department official only saying that while Pakistan had ‘allowed’ to overflight and access (in the past), conversations on this were continuing. In other words, that’s not a certainty yet. In a scenario where it is vital that US forces continue to gain intelligence on terrorist activities in Afghanistan, and are able to deploy resources to hit them, Pakistan has a winning hand; and they’re going to use it as much as possible to get what they want.

What does Pakistan want

Clues to Pakistan’s strategy have to be gleaned from multiple statements. As the US Congress grills its officials on the pullout from Afghanistan, the Pakistani Foreign Office has significantly increased its virtual interactions with US lawmakers. This has been beneficial to a great extent. Special Representative Zalmay Khalilzad did slip up to say that the ‘two leaders’— Khan and the Army Chief — wanted peace.

But the word ‘vital’ resonated throughout the hearing in terms of Pakistan’s importance, so much so that one lawmaker wondered whether it was ‘disrespectful’ to leave out such an important country at the 40-nation Climate Summit, which India and Bangladesh had attended.

At another level, Foreign Minister Shah Mahmood Qureshi has been calling for a ‘broad-based strategic partnership’. It follows comments in early February by Moeed himself, much of it based on a report by a group of retired diplomats and military officers on Pakistan-US relations. The thrust of this was that Pakistan should not be viewed through a ‘third country’ lens (read India); that the Damocles sword of blacklisting by the Financial Action Task Force be lifted; and most interestingly, for a transition from ‘geopolitics to geoeconomics’. This was echoed by COAS Bajwa a month later. Bajwa also famously hinted at ‘burying the past and moving forward’ with India. But there were some glaring omissions.

The earlier report’s recommendation to not rely too much on China was completely ditched. In fact, the Cabinet has just approved special CPEC business visas to encourage more Chinese investment. Simply put, what Pakistan wants is both US and Chinese money, and a lot of it, in return for prodding terrorists, even while it makes money by hosting US personnel and aircraft.

Then there’s the likely ask on India. One, that India reduce its alleged activities in Afghanistan. One step towards that was possibly the closure of our consulates at Jalalabad, and at Herat, both of which have seen much accusatory Pakistani finger-pointing. Even Pakistan will find it difficult to ask India to stop its aid to Afghanistan, though it will try to replace it with Chinese largesse.

Then there is Pakistan’s hardened stance on Kashmir. Imran Khan’s refusal to talk till India walks back on Article 370, and the equally hard-line statements from his NSA, indicates a strategy aimed at extracting more from the US, even as it is fully aware that any walk back by India is completely out of the question. It might, however, ask for full statehood for Kashmir (not Ladakh), in a move that it will then replicate in Gilgit Baltistan.

The upside is that the US administration, including President Joe Biden, are hardly wide-eyed innocents when it comes to Pakistan. There is a view that an unstable Afghanistan with little writ over its outlying territories is dangerous to Pakistan too. But this kind of war is Pakistan’s métier. It’s truly better at it than anyone else.

The question is how much pressure the US can bring to bear on the army — which is the most invested in Afghanistan and is also hurting from the financial screws being put on it — to assist it to make up its mind once and for all. A confused PMO with an erratic and unstable head is likely to be a barrier rather than anything else, which in turn brings it all back to Moeed Yusuf, and who he works for. Probably all three, including Washington. His own instincts, however well hidden, are towards the extreme Right. As we said, a more than unusually fizzy cocktail. India needs to ensure that it is both shaken and stirred.